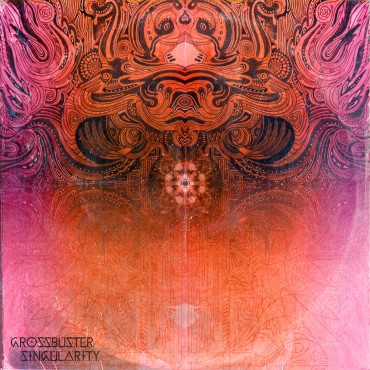 “Singularity” can be defined as the condition or state of being singular, meaning something that stands for itself. In the case of Victoria beat-maker Grossbuster’s new album Singularity, the definition is pretty accurate for the album’s content.

Where else would you find Ella Fitzgerald vocal samples alongside the Soviet Army Chorus, Bollywood show tunes, Southeast Asian psychedelic rock, reggae, dancehall and hip hop? On a Grossbuster album of course. Grossbuster’s taste is certainly eclectic and displayed all across Singularity, self-released on Dec. 15, 2014. You’ll hear the oud, harp, violin, flutes, steel pan drums, glockenspiels, vocal samples, toasting, and piano all in one place. The glue that holds everything together is the consistent beats coming from Grossbuster’s Maschine (a sampler/production station made by Native Instruments).

Despite the source material from the album being disparate and seemingly unrelated to one another, the consistency of the beats, chops, and loops allows the album to have a sound that is both disjointed and coherent at the same time, which plays well with the album’s title. At its core, Singularity is more of a beat tape than a traditional album. In the same way, I would say Grossbuster is more at home performing his songs live as opposed to a studio setting.

Anyone who’s seen Grossbuster perform live in the past few years has probably heard “Soviet Resurrection” and “Beats Me” in his live sets, both of which appear on Singularity. This ‘live’ element wasn’t perfected overnight, and most of the songs on the new album have a very polished sound, which is a testament to Grossbuster’s ability to control and perform the samples he chooses to work with through Maschine.

The tracks I enjoyed most on Singularity were the ones that relied on longer samples to move the songs forward, opposed to minute chops and vocal loops. “Siam I am,” with a guitar and flute line sandwiched by beats, clocks in as the album’s shortest track at 1:42, but feels the most complete. “Erythronium” is another standout track that works with string and harp samples to create one of the more soothing moments on Singularity.

The new offering from Grossbuster gives the listener more than enough samples to choose from and more than enough beats to make you move. Singularity is worth the listen for fans of sample-based live performance and makes for a nice addition to Victoria’s local music catalogue.