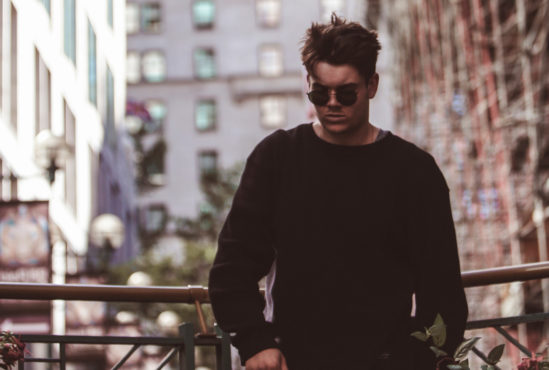 Harrison Brome is a different type of musician emerging from Vancouver, B.C. He was born with a learning disability and was homeschooled as a teenager, but he doesn’t let his past restrict his future goals. Instead, he has become uniquely promising, with music that is fresh and encapsulates what it’s like to be a struggling young person in a flourishing metropolis.

His career began when he was 19, making music that was a mix of R&B and “bedroom pop” or low-fi. The songs range from energetic to emotional, describing the depths of rock-bottom and the highs of life. The R&B relaxes the listener and Brome’s vocals and lyrics bring an enjoyable misery to his songs. Brome’s sensual and sombre music has racked up over 22 million streams worldwide — very impressive when considering Brome has only released ten songs.

March 30 marks the release of Brome’s new four-track EP Body High. This EP is very reminiscent of Brome’s 2015 EP Fill Your Brains, which is about embracing the wasted days of youth. What separates these newer songs is the scale and complexity. They include more diverse instruments and the verses create a very personal connection to the singer. There is a sense of growth and maturity that has developed in the last three years.

“Jaded” is perhaps one of the darker songs on the EP, revolving around the rejection of public identity. Brome outlines his irregular personality / music career; he won’t stop just because other people view his life style as something different. The tempo of the song changes dramatically over its 2:54 min. duration, reinforcing the idea that Brome is a jaded individual from the point of view of some others.

The title song “Body High” describes the intimacy between two lovers completely absorbed with one another and the high that comes about when they are together. A romantic and sexual song, “Body High” is best listened to when you’re with your special someone.

“Looking At You” is a newly released single that will be hard to get out of your head. The singer is entranced by someone and this song is about that attraction. The entrancing quick beat highlights the magmatism that’s felt when you’re infatuated with another person for the first time. There will be some lingering butterflies in your gut at the end of the song.

Lastly, there’s “9 to 5” which has some similarities to the theme of “Looking At You.” Instead of being in the first stages of love, here the singer is looking for a certain type of girl. Unfortunately for him, the girl he wants has no interest in him. There is a sad optimism to the song; even though the singer can’t have the one he wants, he’ll keep looking for another.

Harrison Brome is a fascinating artist who has developed his sound from a very young age. Working through the difficulties that have been thrown at him, he has persevered and has established himself as a distinctive Vancouver artist.

To get a taste of Brome check out his Spotify.