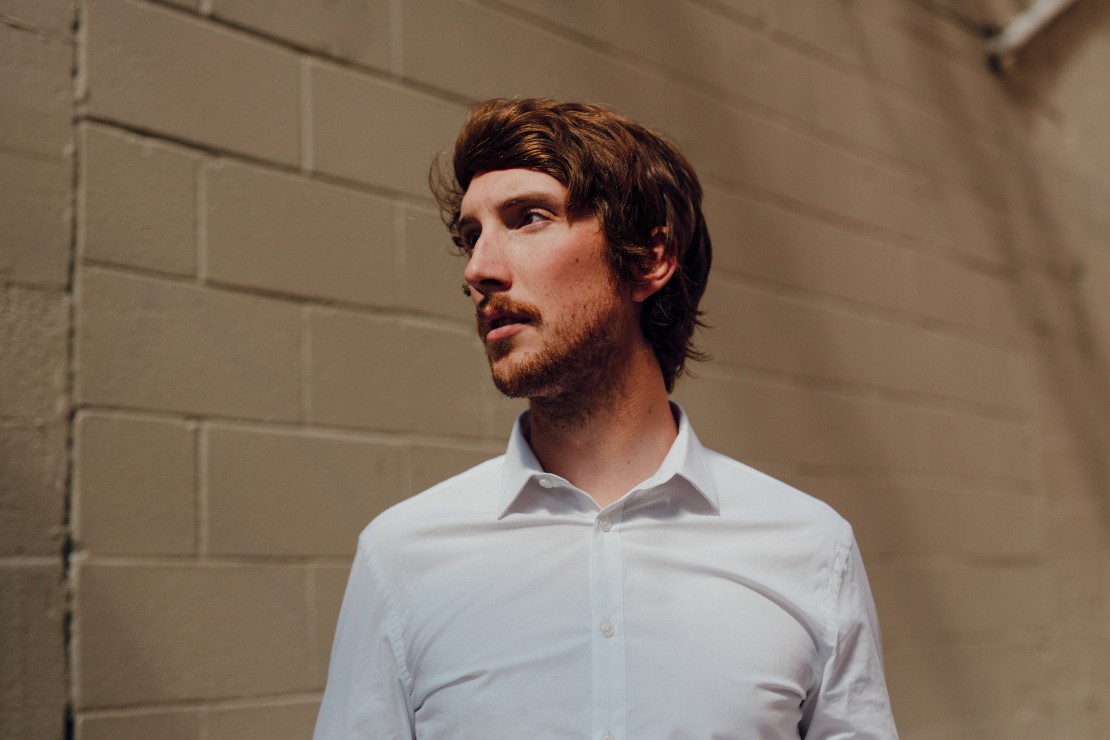 Aidan Knight is touring in support of his latest, Each Other. He plays Lucky Bar this Saturday. Photo by Brian Van Wyk

Getting in touch with Aidan Knight is no easy feat.

Not that that’s his fault — after finally getting through to him after four straight hours of countless missed calls and voice messages, Knight explains that his phone is on the fritz.

And in true Canadian style, the first thing he does is apologize.

Knight, a singer-songwriter, is a native of Victoria, B.C., but his music is taking him and his Canadian charm all around the world. When I talk to him, he’s preparing to play a show in Vienna, Va. Just a few weeks before we talk, he was in Europe, playing a show in Vienna, Austria.

It goes to show how well things are going for Knight, whose music is being enjoyed all across the world. But after months of travelling between countries and continents, Knight is returning home to play the penultimate show of his North American tour at Lucky Bar on April 30.

Knight is travelling across North America touring his third album Each Other. Released in January of this year, the album has received a level of critical success that earns him the moniker of one of the most impressive indie artists in Canada. Described by Paste Magazine as “somber . . . yet stirring”, and “delicate [and] intricate” by Exclaim, Each Other masterfully balances pop sensibilities with emotional complexity. It’s the kind of album to be listened to, not just heard.

That level of intricacy can be difficult to replicate in a live setting, but the fact that Knight and his band recorded most of the album live off of the floor, rather than recording separate tracks at a time, means the live show is able to bring the same atmospheric intimacy as the album.

“Normally I do almost all of the work in the studio, in just building the songs and creating stuff,” says Knight, “but this time . . . [the band] worked on the songs all together, all the different ways that we could go. So the translation was definitely easier than some of the stuff on [second album] Small Reveal and on [first album] Versicolour.”

Knight returns to Victoria after two months of gigging, but despite plenty of interest — around 800 people have declared interest on Facebook in attending a show with a capacity of around 200 — Knight warns that playing in his hometown never leads to good things.

“I always play bad shows [in Victoria],” Knight laughs. “I always do.”

“It won’t be bad — bad was not the right word. It’s just harder,” he says. “The show is still great. I know that people really enjoy themselves at the show. But there’s no other way to put it.”

It may seem like a surprising statement, but when you consider the deep personal nature of Knight’s songs, you can understand why it might be harder to sing them in front of the people most familiar with who Knight is and what he’s singing about.

“All the best parts of very great music, and concerts, and I would say art in general, is that very human, raw part of it,” Knight explains. “And that’s the hardest and most embarrassing part to share with people that you’ve grown up with . . . It’s easier for me to be raw, and vulnerable, in front of strangers. Because you know you’ll never see them again, I guess. It’s like a musical, artistic one-night stand.”

Knight laughs again. “That’s so weird for me to say that out loud.”

Regardless of whether or not it will be an awkward evening for Knight, there’s no question that the 200 people at Lucky Bar will be lucky see this musician feeling even more vulnerable than usual.

Because while it’s difficult to connect with Knight over the telephone, it’s remarkably easy to connect with him via his music. It’s music that resonates in Vienna, Va. or Vienna, Austria, on a vinyl record or in a live concert. It isn’t the music of a one-night stand — it’s the music of a long-term relationship.

Aidan Knight and Laura Sauvage play Lucky Bar on Saturday, April 30. Doors are at 7 p.m., and tickets are $20 in advance at Lyle’s Place and Ticketfly.