How do you feel about nuclear power in light of the two-year anniversary of the Fukushima reactor disaster? 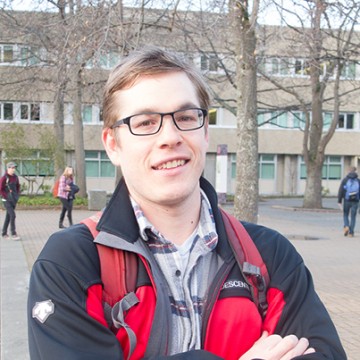 I personally do not agree with nuclear power, but we can’t ignore that our population is quite large. If anything, solar power, wind power — especially on the West Coast, we should at least have mass-produced wind turbines at Canadian Tire or something that we can attach to the house grid, and at least we can reduce the amount of energy we use from the main grid. Apart from that, I don’t see any light with nuclear power. I know they come up with cleaner ideas, cleaner ways to do it, but it’s just that natural disasters are always out there, you know. If it’s out there, it’s out there, and it ruins everything.