How to ask a UVic student out on a date 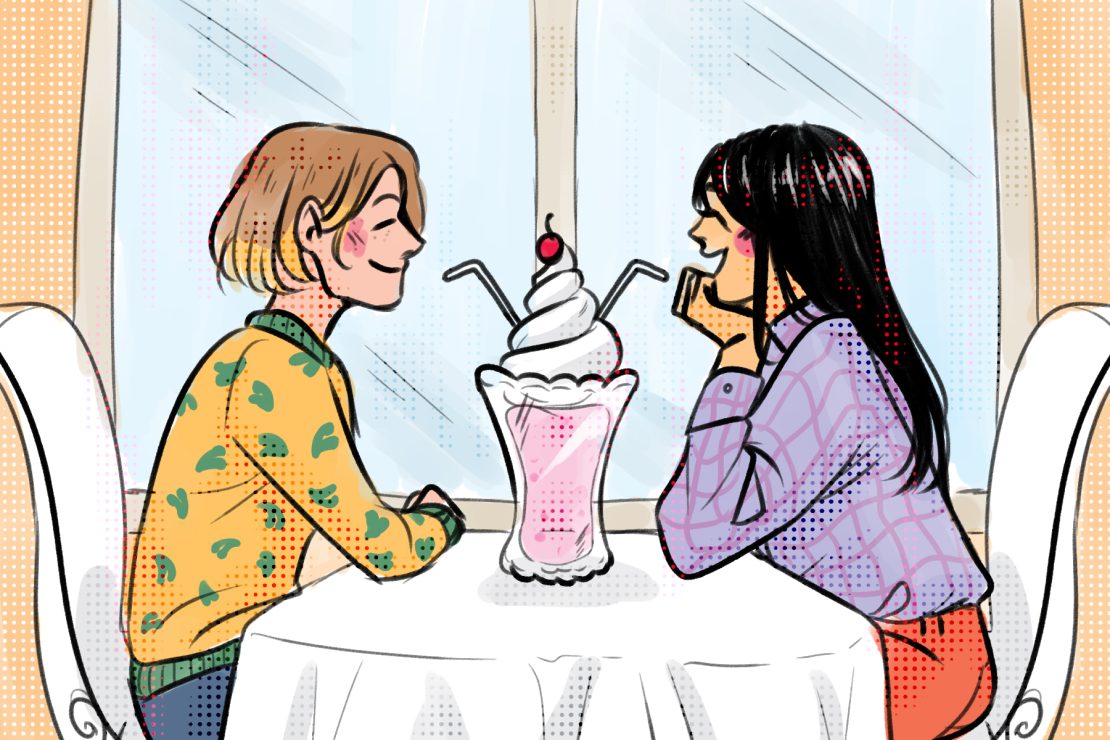 Yes, this is the article you have been waiting for. Cuffing season is around the corner and I know a lot of you have been eyeing that one person in your class that you wish sat next to you. But, how should you ask out a UVic student?

Now, I’m not saying I’m a love doctor or that I have amazing game (I’m not Barney Stinson), but I talked to students on campus and compiled the best advice they had to give. So here it is, the secrets to asking someone out.

First off, let’s start with where you ask someone out. There are some no-brainers, like not asking someone out in the washroom and not creepily in the woods when someone’s all alone. But also, don’t ask people out in the gym. This was the response I got the most in terms of a bad location. The gym is where you’re tired, sweaty, and not looking your best. You’re there to get your workout in and leave. The last thing people want is someone else who is tired, sweaty, and not looking their best to approach them and strike up a five minute convo in the middle of their set.

The place that students green-lit is the library. It’s comfortable, has lots of people but not a crowd, and, really, who doesn’t want a reason to procrastinate checking brightspace for readings? Just don’t do it in the basement cause that awkward silence will literally last forever.

Another good place students said is in class in the 10 minutes before the prof shows up. If you’re there talking to your neighbour and you feel that connection and they vibe with you, it’s worth a shot.

How you present yourself is important too. The outfit is a major factor for a lot of people. Now I’m not saying you have to change your style completely, but if you’re feeling bold, it might be wise to trade those pyjamas and work clothes for, *checks notes*, anything else.

The art of the opener

Okay, so now you’re all like “Sajjan, you told us where to go and what to look like, but what do I say to ask someone out?” First, if you are thinking that, thank you for reading the by-line. Second, I’m getting there. Most students I talked to said to avoid small talk and not to ask ‘yes or no’ questions.

Some also said to find common ground, which is nice when you’re already talking, but how do you get there? From this you can make a pretty decent opener. It should be something open-ended and within the context of what you already know of this person. Maybe you’re in class, so you ask a question about the course. Or, if they are wearing a shirt with a band you like, ask them about songs. Just don’t go overboard and start asking people about the meaning of life because that’s probably an automatic no.

Now for the fun bit: red flags. As mentioned above, conversation topics can be a red flag. Maybe don’t bring up the political and economic state of the world right now (sorry, Jaden) or your (insert deep-rooted insecurity) caused by (insert traumatic event).

Overconfidence is also a no-no according to many of the students I spoke to, so maybe don’t think too highly of yourself going in, okay?

Someone also said liking Radiohead is a red flag, which makes me wonder who ruined “Creep” for them?

As for other things you should do, students’ advice was all over the place (just like Cluster on the weekends). Matching someone’s vibe is a seemingly big deal, as well as just showing general interest in them. Being focused on school and having good character were also brought up so maybe make sure you’re hitting the books? Obviously funny works in here somewhere as well, but I guess what I’m trying to show you is that you just have to shoot your shot and hope for the best.

We’ve covered the basics and I think you’re all set for cuffing season. With the fall weather finally coming through, it’s nice to have the tools to finally cozy up to someone in a matching onesie with a pumpkin spice latte in hand.