How to turn class friends into real friends 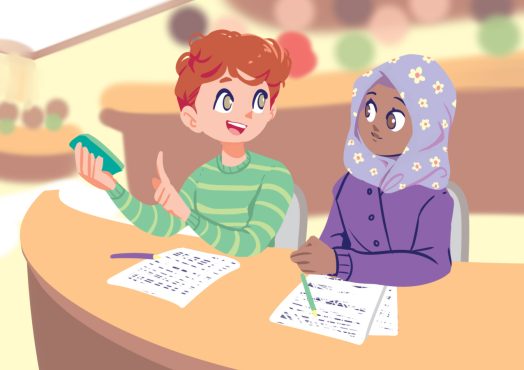 Classes are over and it’s left you realizing one thing: you haven’t once talked to any of the “friends” you’ve made over the semester. Were any of them actually your friends? Or were you simply in the same room as each other twice a week?

Turning a class friend into a “real” friend can be difficult, but here are a few tips on how to make sure that you’ll have made some lasting connections by the time you graduate.

Throwing someone a follow is the easiest way to break that first barrier between peer and buddy. Seeing someone’s online persona will also easily tell you more about them, and might inspire some conversation topics. Some people respect their social media privacy for a reason though, so refrain from going full internet stalker on anyone.

This is the most important—and at times difficult—step toward making a friend out of an acquaintance. No good friendship can survive solely in a classroom, but that doesn’t mean that you need to immediately start inviting them over to your house. Don’t rush anything. Friendships, just like any relationship, take time.

A small step can go a long way. Offer to study on campus sometime, or just eat lunch together. Once you’ve established that you’re capable of conversing somewhere other than a desk, then you can start to make some next steps.

Now that you’ve broken a few barriers in your budding friendship, it’s time to actually hangout. Socializing one-on-one can be nerve-wracking for even the most confident of people. Offering to socialize with a group is an easy way to lower the stakes for everyone involved.

Start a group chat with your classmates and organize a hike, check out a board game café, or get a team together for trivia nights at Felicita’s. I’m not advocating for anyone to turn to alcohol as a way to open up and be social, but it certainly doesn’t hurt.

This is a turning point when getting to know anyone: can you be vulnerable? This doesn’t mean trauma-dumping onto your unsuspecting classmate, it can be something as small as sharing a personal interest you actually care about or giving a small, sincere compliment. Letting someone know that you’re comfortable being yourself around them can speak volumes.

It’s important to look at any budding friendship and ask yourself if you can actually see it continuing. Maybe once you hang out for the first time you realize that the only thing you really do have in common is your English class together.

There are countless people on campus to get to know, so it’s not worth spending time trying to force a friendship with someone you aren’t vibing with. It can be hard to acknowledge that something just isn’t working out, but at the end of the day, there’s nothing wrong with going back to just being class friends.