Numerous critical organizations have stepped up against violations and abuses 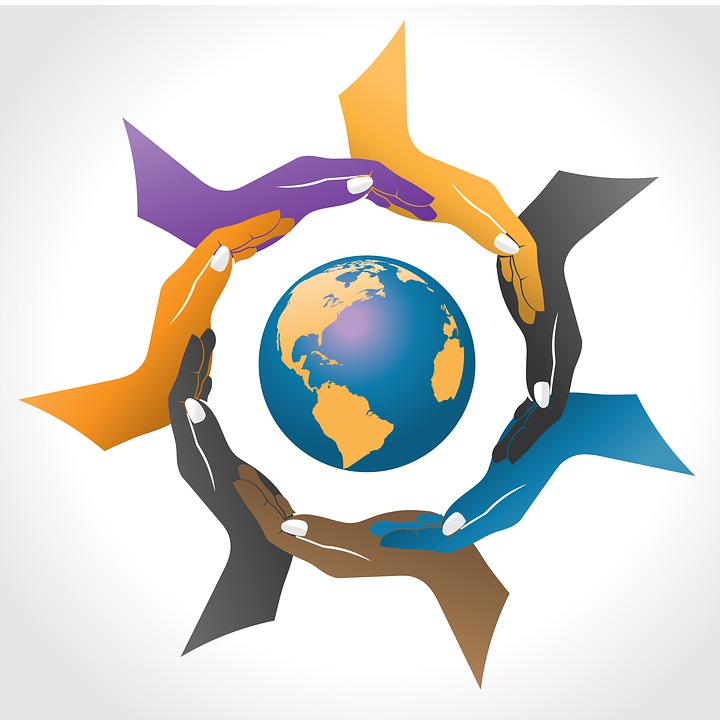 Image by Krustovin August via Pixabay.

The controversies surrounding the FIFA World Cup in Qatar this year — from the treatment of migrant workers, to discrimination against LGBTQ2S+ people, to climate concerns — have highlighted the important role of human rights campaigns in bringing international awareness to inhumane practices.

From FIFA-led campaigns, to campaigns protesting the football organization itself, here are some of the most salient human rights campaigns that were brought to light in the midst of the 2022 World Cup.

A group of activist organizations, including Amnesty International and Human Rights Watch, have initiated a global campaign called #PayUpFIFA in response to the human rights abuses migrant workers experienced in Qatar while preparing for the World Cup. This includes abuses such as wage theft and unsafe working conditions that resulted in major injuries and deaths for thousands of workers.

These human rights groups are calling for FIFA and Qatar to spend at least $440 million U.S. dollars worth of the prize money to provide compensation for affected migrant workers, as well as action plans to enhance workers’ protection.

In Qatar and around the world, people of the LGBTQ2S+ community experience stigma and inequity which negatively impacts their safety and wellbeing.

In October 2022, Human Rights Watch revealed research data that found forces of the Qatar Preventive Security Department had arrested six Qatari people who identified as lesbian, gay, bisexual, or transgender and mistreated them during detainment with harsh beatings and sexual harassment.

The OneLove campaign was started in the Netherlands by the Royal Dutch Football Association (KNVB) as an inclusivity and anti-discrimination movement to protest Qatar’s laws against same-sex marriages. Armbands that showcased a heart-shaped rainbow flag featuring the text “One Love” were to be worn by football captains from England, Wales, Belgium, the Netherlands, Switzerland, Germany, and Denmark.

However, the campaign was cut short after teams who planned to wear the armbands claimed that FIFA had threatened to issue yellow cards to players who wore them.

FIFA and the World Health Organization (WHO) countered the movement with a more broad anti-discrimination campaign of their own. During the World Cup quarter-final matches on Dec. 9 and Dec. 10, a #NoDiscrimination message was worn on the captains’ armbands and the message was featured on the big screens in the Qatar stadium.

Climate change is currently presenting one of the greatest threats to the fundamental human rights to life, health, and food. According to the FIFA website, in 2016, FIFA was the first sport federation to join the UN Sports for Climate Action Framework. The goal of this framework is to “gather sports federations, organizations, teams, athletes, and fans in a concerted effort [to raise awareness and action] to meet the goals of the Paris Agreement [for climate protection].”

The #SaveThePlanet campaign by FIFA and Qatar aims to follow this framework, and includes initiatives such as carbon management to reduce greenhouse gas emissions associated with the World Cup, and nurturing tree nurseries where trees, plants, and shrubs are used in the landscaping around the World Cup stadiums and training sites.

The #LetThemPlay campaign is an United Nations initiative to spread global awareness during the World Cup about child rights in armed conflict.

With the slogan, “Let Them Play: A Child’s Place is on the Football Field, not the Battlefield,” the organization’s goal is to confront the use and ill-treatment of children in armed conflict situations and to advocate for children living amongst hostilities to reclaim their right to be children.

A number of German-based human rights organizations launched the campaign titled “Football Blackout for Human Rights,” which aimed to boycott the World Cup in Qatar due to violations of human rights, women’s rights, and LGBTQ2S+ rights.

With partners such as Laut Gegen Nazis (“Loud Against Nazis”) and Boycott Qatar 2022, the campaign sought to convince people to simply not watch any of the football matches, as a way to show support for minority groups who continue to be discriminated against in Qatar.

Particularly, they urged people to boycott watching the games on Dec. 10 out of respect for International Human Rights Day.

Blankspot is an investigative journalism platform located in Sweden that started the #CardsofQatar campaign. This initiative reflects the statistics of the thousands of migrant workers who have died or been injured in Qatar by making football cards that contain pictures and facts about the deceased workers.

“These workers are not just statistics,” says Martin Schibbye, chief editor and co-founder of Blankspot, on their website. “Their stories need to be heard. At first glance, everything from the portraits, the glossy surface, and the packaging creates the impression of authentic football cards. But at a closer look, the portraits and stories belong to migrant workers in Qatar, each with an unfiltered story.”

As the 2022 World Cup comes to an end, it’s important to recognize the impact that global awareness campaigns can bring to human rights issues to ensure that every person has their basic needs met, and that society’s most vulnerable are protected. The game of football brings the whole world together. It is critical to make use of this unification to put global pressure on those responsible for human rights violations and hold them accountable for their actions.