I used to hate Dane Cook, and now I sort of don’t 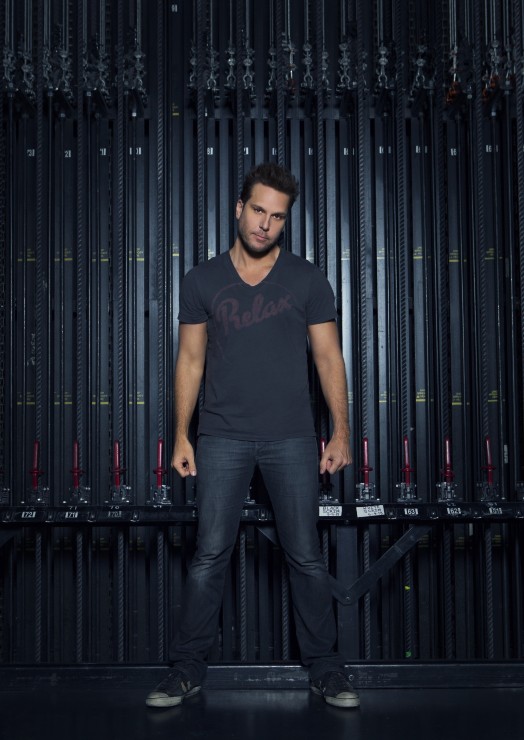 He did his best. Photo provided Just For Laughs

Let me preface this by saying that I haven’t seen a lot of stand-up comedy. I generally avoid all of the stand-up specials on Netflix because a person just standing there doesn’t really hold my attention. It takes a lot for me to laugh at a rehearsed joke — I’m more of an on-the-fly punny joke sort of person, and if you’re going to spit some practiced punchline, you better have personality. So, when I had the opportunity to see Dane Cook, the most commercially successful white male comic around, on Nov. 17, I wasn’t exactly jumping at it.

While I had seen introductory clips of Cook on YouTube, I already had an idea of what I was in for strictly from all the jokes about the guy, and the thousands of impersonations of his overtly loud comedic style. The grandiosity of holding the title “Most Successful Comic” still wasn’t selling me. On the other hand, I did see him on Keeping up with the Kardashians once, palling around with Caitlyn Jenner, so maybe the guy did have some redeeming qualities. All I knew is that along with being the most famous, he was also the most notorious D-bag of comedy.

Rough around the edges

My friend and I arrived at Save-on-Foods Memorial and the line stretched down the block.

“I would probably sleep with him if he asked,” said my friend. I asked how old he was, fairly certain he was in his late 30s or early 40s. After a quick Google search, we found out he was at the ripe old age of 44. My friend revised her statement. “I would think about sleeping with him.”

There was a kind of low-key fanatical attitude that buzzed through the line. The crowd was full of middle-aged couples and groups of 30-something bros spitting off their favourite bits: “Remember the one when he was on a train?” and “Oh yeah, and the one with the crazy girlfriend who drank his Fiji water.”

We waited in line for 20 minutes before they let us into the building and another 45 before we could take our seats due to technical difficulties — which was annoying, but a chance for the crowd to grab some beers. The man we were stuck behind had a hip-length rat tail pulling down on his receding hairline. He was double-fisting two churros sans napkins that propped up his big bucket of popcorn, which he would dip his face into whenever he needed a churro break. Already, as the youngest university-aged female in the crowd, I knew I wasn’t entirely the demographic Dane Cook probably aims for.

It seemed the crowd was relieved when Cook himself came on the stage after some cringeworthy openers: show time.

“There’s a lot to cover and we’re going to get there, trust me. I’ve got some funny shit,” said Cook, smug as he greeted us on stage. “I’ve been doing this for awhile.”

His whole bit was about relationships (how original) and how to tell if you’re in a bad one. His advice included the “wake up test,” where you judge your feelings about a person based on what goes through your head in the first three seconds of waking up beside them:

“You know you’re in a bad relationship when your first instinct is to spit in their face,” said Cook.

I mean, it’s not bad advice, I guess.

He continued with jokes about couples yelling across the house in specific tones, as he rocked back and forth, resting one of his feet on the speakers.

I have to admit: I did laugh at most of his screams and exaggerations of his ex. So his jokes were funny, but my laugh never reached the level that changed my opinion of him — it was really  more of the snorting giggle that you let out when you see a funny meme on your Facebook feed.

When the real meat of the performance came, I realized his schtick: he yells all his best punchlines. The crowd loved it — maybe it’s something psychological, but they tried to match his volume with their laughter.

In his bit, he even went as far as to give the audience advice on how to fight with your significant other.

“Always pre-plan the names you use if you’re going to name-call in an argument,” said Cook. “If you’re going to say the C word, then say it in a Scottish accent.” While I wouldn’t follow any of his advice, at this point I could see the draw for the 30-year-old dudes in the audience.

Even though his performance lacked the physicality I had heard about (maybe he’s just getting too old for that), he did have some great improv thrown in. Right near the end of his performance, one of the microphones malfunctioned, sending a long, piercing screech through the arena at such an aggressive volume it was almost all we could hear.

“One second folks,” Dane said as he darted off stage, and from behind the stage curtain. “We’ll be about two minutes — we’re just eating a sandwich back here.”

I did my best

Dane Cook’s ability to entertain off script is what earned him a 7/10 in my books. He could think on his feet, which is the quality that I think makes a person funny. A person who can rehearse jokes is like a person who is only good at taking tests; memorizing answers doesn’t make you intelligent. It was his ability to react to unexpected situations that made me like him (just a little). He turned a shitty situation full of technical difficulties and awkwardness into a pretty enjoyable experience.

So despite his misogynistic, stupid bro-humour, I could maybe get behind him as long as he continues to progressively chill out with age — and if he keeps it up, he may be able to joke about being single forever.