In pursuit of an endless summer 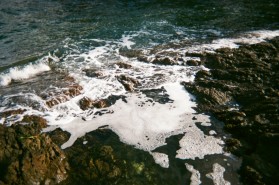 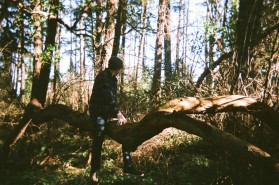 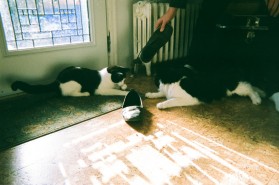 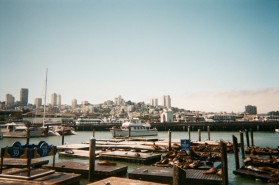 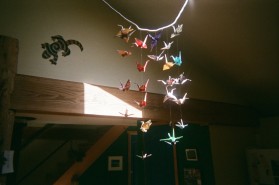 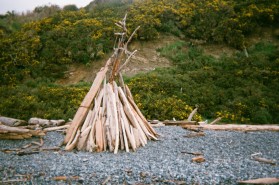 The sun sits low in the trees, catching on swaths of lichen hanging from smooth arbutus branches. The forest is alive with the sound of ferns pushing through damp earth, and we are quiet as we hike, careful not to break whatever spell we have fallen under. The late December storm—which threatened to break on our drive from Tofino to Ucluelet—held, so we shed our jackets and strip down to t-shirts, our breath glittering in the air around us. Every few metres we catch a glimpse of the ocean through the shrubbery, looking swollen and angry, the swells rolling against the jagged coastline. We trace above the path. We tread over the maze of roots for the better part of an hour before we reach the clearing. The Pacific unfurls before us and I fumble for my camera, winding the plastic film advance dial with frozen fingertips.

I am happiest in the sun. On the coast where we receive on average 158 days of rain and many more of cloud cover, summer can sometimes seem like a distant memory: the light at the end of a long, grey tunnel. Spring comes to Victoria early but sharp—frozen cherry blossoms litter the sidewalks like snowbanks, the sun a lukewarm sort of yellow, but jackets are still required and toques are strongly encouraged. I spend every year pining for August, when I can ride my bike barefoot through town, the days and nights rolling into one hazy, golden blur—a stranger’s cigarette smoke drifting across the still-warm pavement after midnight.

You can’t live like this in the Pacific Northwest. Waking up each day expecting sun but opening the door to pea soup fog weighs heavy on the soul. Our infamous “June-uary” lends itself to a particular sense of ennui that keeps me bound to my computer, searching for one-way flights to Costa Rica, my mouse hovering dangerously near the “Buy Now!” button.

This year, I abandoned my Vitamin D capsules and made a conscious effort to go outside. With the help of a 1970s VW bus borrowed from my parents and a few disposable cameras, I set out to find some bit of summer in each month on the coast. My goal was vague. On some days, when the sun set at 3:45 p.m., just walking to the bus stop fulfilled my criteria. But on others, I found moments that will have me waiting for November in the midst of July.