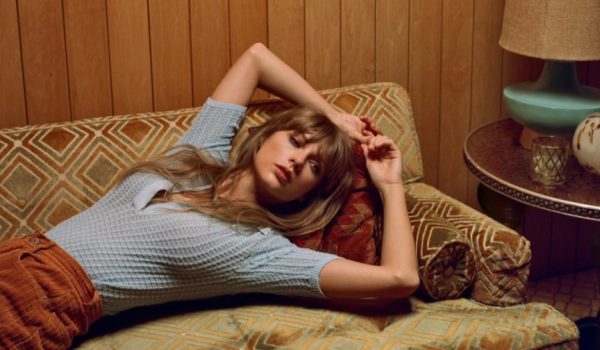 It doesn’t take much to understand the appeal of Taylor Swift. Her discography reaches nearly every audience, and her music encompasses the emotions that come with heartbreak, growth, love, revenge, and realization.

Midnights, Taylor Swift’s tenth and newest studio album, is no different. Teenagers, housewives, and die hard ‘Swifties’ have been in a state of mass excitement and restlessness since the album’s announcement on August 28. This one truly has been keeping people awake.

In true Taylor Swift fashion, she released multiple hints about the album leading up to its release in segments she called “Midnights Mayhem With Me,” in which she announced track titles. Fans freaked out over each announcement. In particular, uproar arose over the reveal of “Snow On the Beach,” a song that features Lana Del Ray.

After weeks of hints and teasers, at 12 a.m. on Oct. 21, 2022 Midnights was released. However, unexpectedly at 3 a.m., Swift also released a deluxe version of the album: Midnights (3am Edition), which included seven additional tracks. Midnights possesses a degree of modernity with a new technical sound, something that can be partially attributed to Jack Antoff’s producing powers.

Regret and realization flourish in “Would’ve, Could’ve, Should’ve.” In this 3am Edition track, Swift laments about the relationship she had when she was 19 (possibly a call back to Speak Now’s “Dear John”) — the relationship that took her away from God and her younger self. This track is an ode to those who were taken advantage of before being able to understand themselves, and anyone who was forced to leave behind who they were and deal with the aftermath alone.

“Anti-Hero” is upbeat and humorous, but also professes feelings of self-doubt, anxiety, and depression. Viewing herself as an anti-hero, Swift insinuates that her biggest critic is herself — something too many of us can relate to. “I’m the problem, it’s me” has become an anthem for people who tend to distract themselves from, and avoid, what they’re actually feeling. The catchy tune and bits of humour serve as a way to cope with, and conceal, the melancholic reality of the song.

In my opinion, “Bejeweled” has the most catchy and uplifting chorus of the album. In the song, Swift tells herself that regardless of being in a relationship, she’s a diamond and diamonds are going to shine. This track heartens the idea of centering yourself in your relationship, and how you should never dim yourself just to please your partner.

“Mastermind” is a bit too relatable for anyone living in the 21st century. In particular, the lines, “If you fail to plan, you plan to fail / Strategy sets the scene for the tale” show that sometimes you have to play the game of loving yourself. You have to be a mastermind of your own relationships. To me, this song shows a dismissal of fate — that is, if you want a future with somebody, it has to be personally developed, and if you want something, you have to take initiative.

Taylor Swift’s work has been breaking not only hearts, but records as well. Midnights broke Spotify records as it became the most streamed album within 24 hours of its release, surpassing Drake’s Certified Lover Boy. In addition, Swift has become the first artist to fill the entire first 10 spots of Billboard’s Top 100 Charts in the world — an incredibly huge accomplishment.

Midnights is a spectacular album that has something for everyone, including some songs that may feel a little too close to home. The album is definitely a worthwhile listen.