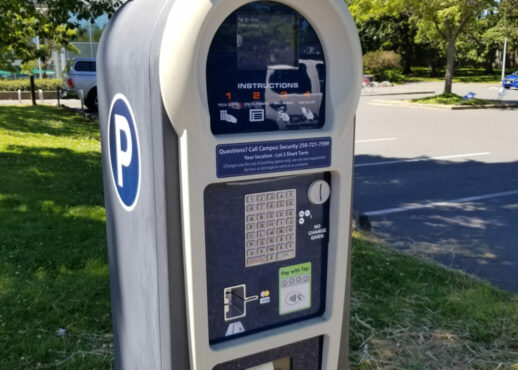 A petition advocating against the upcoming changes to parking passes at UVic has received over 1 700 signatures and UVSS Board of Directors’ endorsement. The petition, started by unions on campus, calls on the university to continue offering annual parking passes and increase parking costs by no more than the annual cost-of-living increase.

“There are significant equity issues within the current parking pass increase plan,” reads the endorsement statement on the UVSS website.

The biggest change UVic announced for parking permits this fall is that annual parking passes will no longer be available. Instead, students and workers will have the choice between monthly passes at $75 or a new Flex 25 permit, which offers 25 single day parking passes for $150. Those who require general parking for a full year will experience a 51 per cent jump from $596 annually to $900.

“Raising the parking passes that much for people who have to be here to do their jobs and the fact that the parking fees do go back to the university, it sort of represents a wage clawback for workers,” said Izzy Adachi, the UVSS director of campaigns and community relations, in an interview with the Martlet.

“Raising prices [during] the affordability crisis and the pandemic is just not equitable.”

The online petition echoes Adachi’s sentiment about the over-50 per cent increase.

Since the initial announcement of the rate changes and after consultation with the on-campus unions responsible for the petition, UVic has introduced a three-year phased implementation for qualifying employees. Those who make less than $68 000 per year and currently hold an annual pass will be eligible for reduced monthly rates of $60 and $70 in 2022 and 2023, respectively, before being charged the new rate of $75.

Both Adachi and the on-campus unions, however, say it’s not enough.

“This is a sad reflection that UVic does not understand what equality is,” said Kirk Mercer, president of CUPE 951 in an emailed statement to the Martlet. “This means all new hired staff, and any staff who may have had permits in 2020 and did not renew in 2021, as folks were not fully returned to working in person, will have to pay the full approved rate [in] September 2022.”

The university believes the changes will have a minimal effect on students and workers, since reduced rates are available at lots further from Ring Road, and those on campus for only eight months of the year will be paying the same amount as before.

“While we understand that not everyone agrees with this change, we believe encouraging people to use different modes of transportation is one of the ways UVic and our campus community can contribute to a more sustainable future,” said Denise Helm, a university spokesperson, in a statement emailed to the Martlet. “The current parking rates effectively provide a subsidy to annual pass holders, reducing the incentive for people to use other means to get to campus.”

The UVSS Board, however, does not agree, calling the changes “more of an ableist green-washed money grab than an effective sustainability initiative” in their statement.

According to the workers’ unions and the UVSS, there are many reasons students and staff may not be able to use alternative forms of transportation. According to CUPE 951, driving may be necessary for those who work multiple jobs or who live outside areas with public transit. The UVSS adds that some students and workers are not comfortable or not able to take public transit due to the pandemic, and that those with additional care responsibilities, such as parents, may not have the time.

“Time is a privilege many folks on our campus don’t have,” reads the statement on the UVSS website. “Increasing the costs to park on campus by this exorbitant amount is a tone-deaf action in an affordability crisis.”

UVic, however, believes the changes provide more flexibility by allowing staff and students to make choices about transportation more than once per year.

“Switching to monthly permits will allow the user to decide and consider how they travel to campus and where they wish to park, which can reduce their cost and contribute to the sustainability goals,” said Helm.

Adachi notes there were some concerns about endorsing the petition as it could be seen as conflicting with the UVSS’ own sustainability goals. At the June 13 Board meeting, the motion passed with three votes against. However, Adachi believes that the endorsement is in line with the UVSS’ policy on sustainability.

“I fully encourage students to find sustainable and green ways to get to campus,” said Adachi. “But at the same time, those options aren’t always available to everybody, and punishing lower income or immunocompromised students is not the way to sustainability on this campus.”