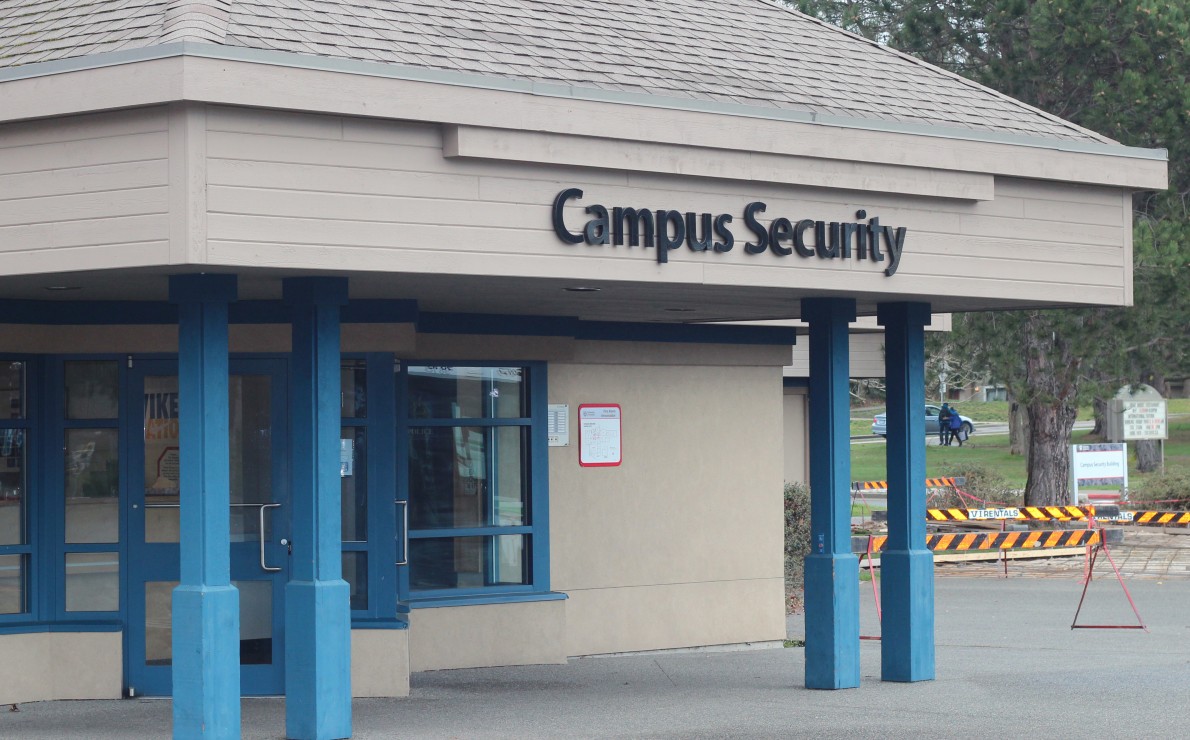 With a new policy addressing sexualized violence on the way, some students want to see improvements to how Campus Security handles individual cases. Photo by Myles Sauer, Editor-in-Chief

On the tail ends of the new Sexualized Violence Prevention and Response draft policy, students have come forward to report their dissatisfaction with the way UVic Campus Security (CSEC) has handled not only cases of sexual assault, but medical emergencies, safe walks escorts, and student discipline as well.

While most students have a story or two about CSEC giving them a hard time in first year due to living in residence, others have felt unsafe and untrusting of CSEC because of their responses to specific incidents.

Zoë-Blue Coates, a second-year History student, recalls many times where she didn’t feel CSEC were doing their best to make her feel safe.

In one case, Coates called CSEC to take advantage of the Safe Walk program. It was five in the morning, and she didn’t want across campus alone. Coates and her friend, who was also moving out of residence were catching a flight, and the pair were carrying about six duffel bags with them at the time.

Coates alleged that when an officer from CSEC arrived, he lectured them, making comments like “this is not a valet program,” and that “they should have planned earlier.”

“We didn’t call him to carry the bags,” said Coates. “We called him to have someone escort us around campus that early.”

Coates also relayed a story of a Métis friend of hers who was smudging in her room one evening, when CSEC was called because some students thought she might be smoking marijuana.

According to said student, when the officer arrived, he shut the door behind him, leaving the two in the room alone. He then allegedly lectured her for smoking marijuana, when she was in fact performing a Métis ritual that involves burning sage leaves.

Kaylee Szakacs, a former UVSS board member and UVic student, that she too was dissatisfied with the way CSEC handles certain cases.

Szakacs worked as a Community Leader (CL) for two years, and had to deal with multiple cases of alcohol poisoning, sexual assaults, and medical emergencies within residence.

“There was this one girl in particular who almost died from alcohol poisoning, and I was administering CPR and the 911 operator was telling me what to do,” said Szakacs. “A CSEC officer barged in, physically threw me off this girl, and pushed his face basically into her chest to ‘hear if she was breathing.’ That same officer took her Texas mickey for ‘evidence.’”

Szakacs also said, “There are some officers who are amazing and really take pride in helping students. Then there are some who are power hungry and intimidate people. I’ve seen them victim blame, laugh at people in compromising situations, and not even show up because they don’t think it’s a big deal.”

Szakacs told the Martlet that in her experience, CSEC frequently mishandled the reporting of sexual assault. After reporting her own sexual assault, and supporting friends with theirs in the hopes of keeping their assailants away, Szakacs said that no effort was made on CSEC’s part to do offer that same support.

“Even when people would call and say they needed help because they were in a space with their perpetrator, they took at least half an hour to come help, walk them, or intervene,” said Szakacs.

In response to allegations of misconduct during these incidences, Allison Eddy, a personal safety coordinator for CSEC, told the Martlet over email that students should report these complaints to them right away.

“We encourage anybody who is unsatisfied with our response to report their concerns to us in a timely manner so we can follow it up,” Eddy wrote. “This reporting can be done through myself or Fiona as personal safety coordinators, or through CSEC management as appropriate.”

Eddy said that CSEC is working hard to continually train their staff and to ensure that students feel safe on campus. Her full statement is included below:

The safety and wellbeing of the campus community is a high priority for our department and we regularly seek opportunities to get more information on the important issue of sexualized violence. In the fall of 2016, Director Tom Downie and I attended a conference in Vancouver on the topic of sexual misconduct in institutions of higher learning. This conference provided information on best practise for policies and procedures related to this issue and also allowed for discussion with other universities.

Our staff have received training in the past few months from Victoria Sexual Assault Centre, who provided information on their services and programs and trauma informed response to disclosures and reports of sexualized violence. I am also in the process of coordinating further training for our staff regarding trauma informed response, which should be happening in the coming months.

While the working group on the Sexualized Violence policy continues to take public feedback into consideration, both Coates and Szakacs hope that CSEC will actively participate in the reformatting of how the university deals with sexual assault cases.

“What I’d like to see them do differently is have some compassion,” said Szakacs. “They’re not better than any call they’re responding to. Take students seriously. Believe somebody when they say they were sexually assaulted or they’re being stalked.”

“I would also hope that CSEC would be vigilant about giving information about the people who are on campus,” said Coates, “ . . . so that if we see the person who assaulted us on campus then we’re not going to be shocked.”

“I don’t necessarily feel safe around CSEC, and I know with the new policy coming out, folks would like to see CSEC change,” said Coates.