Is This Menswear seeks to build community 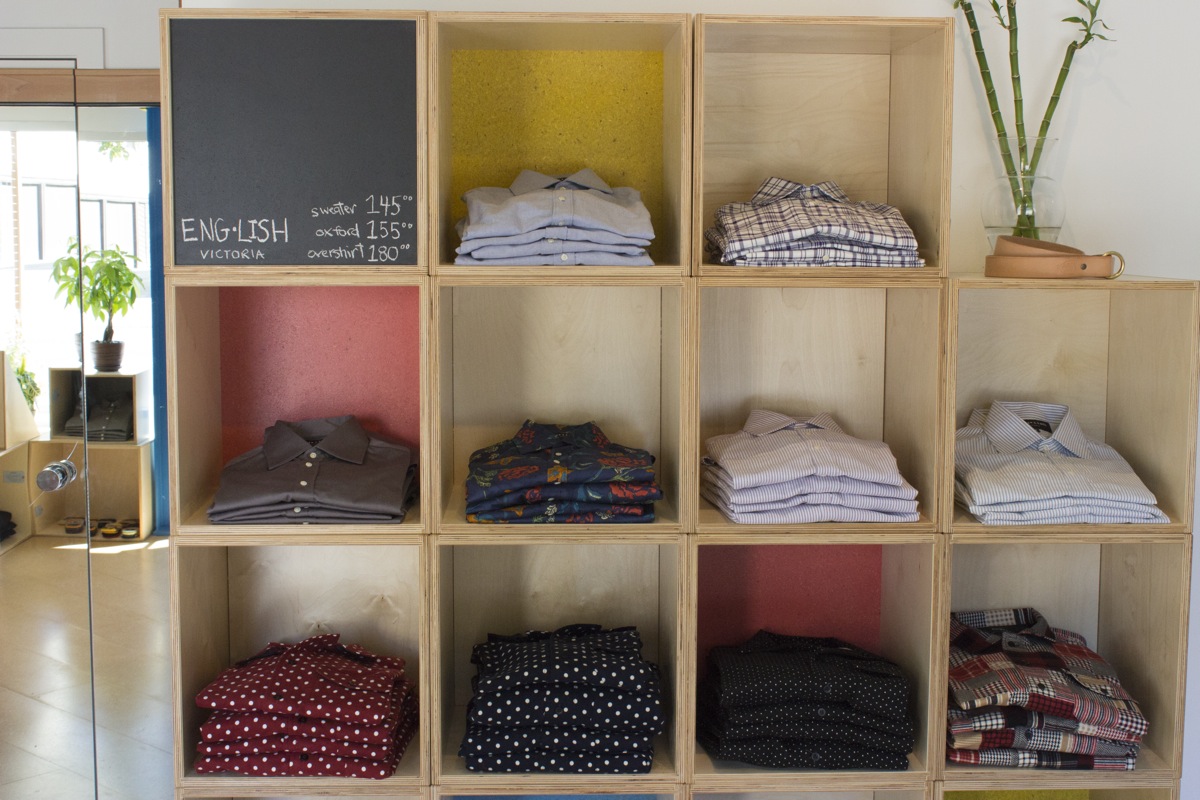 Five years ago, menswear blogger Iain Russell never imagined owning a modern menswear boutique. Now 27 years old, Russell’s only major obstacle has been choosing what to write on the storefront sign. Russell is constantly questioned on why he remains in Victoria, a city considered by many to be minimally involved in fashion. “Why would I leave? I’m trying to find a way to stay here,” he said.

The Blogspot era in 2008 prompted Russell’s emergence in the #OOTD world. “I remember when one person would check that website per week, and I would still post seven pictures every day, just putting it out there, because that’s what I did.” When he switched over to Instagram in 2009, branding himself as Is This Menswear, he began the journey to where he is now. “It was nothing like I had really experienced. I was used to doing fashion in small Victoria, just doing what I think is right,” he said. Russell’s account now has over 2,500 followers.

It wasn’t until last February and March that Russell and his urban planning partner Jason Niles began discussing the future. “Both of us were looking to leave Victoria to find work in our fields, and we had this ‘a ha’ moment,” Russell said. “If we are feeling this way that means other people are. So instead of leaving, it should be our job to try and find things that foster people trying to stay here to do what they want to do.”In some ways, building an international sense of community via his Instagram and other social media proved easier than building it locally. They saw fashion as “a vehicle that goes around the world, but comes right back here,” he said, and wanted to build community by sharing their space with individuals living in Victoria. Niles admits that Victoria as a city holds a shocking amount of small businesses, and urban details that ordinary locals dismiss without a second thought. “How culture and value are shown through business activity [in Victoria] – that’s pretty special,” he said. Connecting with Russell through fashion was a new experience for Niles. Growing up on a farm, he associated fashion with big trips to malls in the United States. “I find I excel best in a learning environment. Learning about clothing and fashion, and using my background at the same time, is what has propelled me in this [project],” he said.

Finally, Is This Menswear opened quietly on Sept. 1. No opening event, lineups for discount coupons, or swarms of media. The space was not created to draw hype. “That’s not how our modern world works,” Russell said. The boutique itself is minimal, tasteful, and comfortable. The checkout desk is faced with a bench, a tea set, and coffee table-style art and architecture books. The clothing rack in the left-most corner holds individual garments of different styles, lit by a single light bulb, and wooden cubbies are filled with sock collections and West Coast-style, high quality button-up flannels.

Russell admits bigger brands sell smoothly with online sales, as their website is already fully operational. Their physical storefront is meant to find the perfect fit and comfortable attire for each individual customer, and build community through that process. “When you do something well, right, and put it out there at a fair value—there will always be a customer looking for that,” he said.

Eng·lish is Russell’s design line, inspired on a worldwide scope, instead of designs that are trendy in one city or the other. “It allows me to bring things to market faster than the industry can, because I’m not holding on to trends or styles.” “I make clothes for real people. I don’t make clothes in the runway world. It’s all about being sustainable and wearable,” he said. Is This Menswear stretches further than comfortable clothes and the local community, according to their business strategy. In an ideal 15 years, Russell and Niles dream to see Victoria host an architecture, planning, and business school in the core of Victoria. “Cities are where ideas pollinate,” Nile said. “This city blows the [others out of the] water in terms of architecture and urban design—and to think there’s no studies on it. We should have an anchored school that’s well known in at least pacific region or even the world.” In the end, Russell is “living in a surrealistic dream world.

“I think there’s a lot to be said for doing what you love more than anything else – don’t worry about what people think you should be doing, and everything does work out. It’s hard to trust that, but honestly, there’s so much to trust there,” he said.