Italian film captures beauty, complexity in ‘Revelstoke: A Kiss in the Wind’ 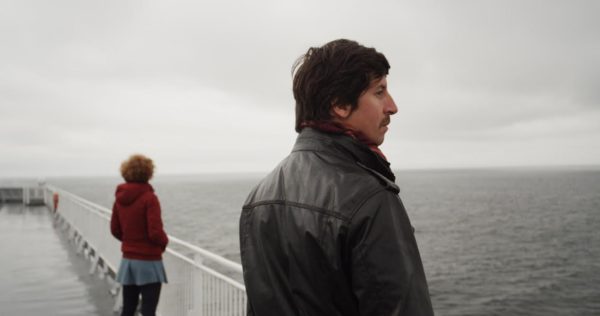 Director Nicola Moruzzi looks out at the Pacific Ocean as he travels to the BC Museum Archives in Revelstoke: A Kiss in the Wind. Photo provided

Tucked away on the banks of the Columbia River, Revelstoke, B.C., isn’t the first place that comes to mind when we think of Italian national cinema. But for filmmaker Nicola Moruzzi, the two are forever entwined through an important personal rediscovery.

Over a century’s worth of lost family history brought Moruzzi from Italy to all around B.C., from Vancouver to Kamloops to the Selkirk Mountains and finally Revelstoke, where he uncovered the veiled circumstances surrounding his great-grandfather’s immigration story and tragic death whilst constructing the Canadian Pacific Railway’s Connaught tunnel in 1915. This story forms the basis for Revelstoke: A Kiss in the Wind, a movie about Moruzzi, his ancestor, and their separate journeys.

These stories are to be shared on a B.C. screening tour commencing May 7 at UVic’s Cinecenta, featuring a Q&A with the producer Leonardo Baraldi and the director Moruzzi himself.

Revelstoke begins with the discovery of 50 long-lost love letters from Moruzzi’s great-grandfather Angelo Conte, sent to Conte’s wife Anna. These letters provide the intrigue and passion behind Moruzzi’s search. What follows is a seamless blend of documentary-style filmography and linear, plot-driven narrative to capture authentic storytelling at its finest.

Interspersed between handheld camera footage and lush panoramic shots that surpass B.C. tourism ads are historical visuals and anachronisms, a continuous reminder of a past that enriches the present.

The multiple timelines are paired with a back and forth between the Italian and English languages spoken throughout, subtly but effectively challenging North American viewers to expand their knowledge of European culture while Moruzzi learns to do the opposite in the film.

The consistent balance and inclusivity through all aspects of the documentary are perhaps responsible for the success Revelstoke has already received, which includes a 2016 David di Donatello nomination, (the Italian equivalent to the Oscars). Heightened attention to landscape from a cinematographic perspective is borrowed from Canadian cinematic conventions, paying homage to the setting while creating an emphasis on the trials of immigrant life and distance from loved ones. 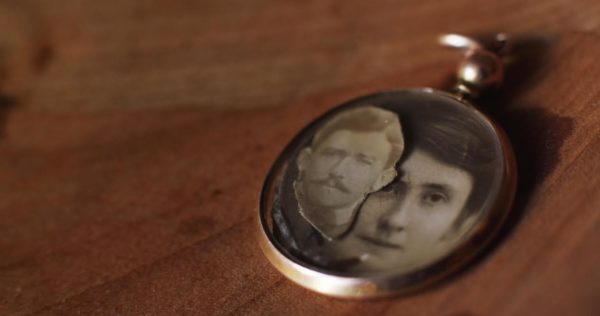 The tragedy leading to Angelo Conte’s death is juxtaposed with the romantic love for his wife that he ardently expresses to her until the end — a romantic love that then becomes responsible for the familial love passed on through generations of Moruzzi’s family.

Parallels to this connectedness are also drawn from a Métis man Moruzzi meets in Kamloops who shares his spiritual beliefs from an Indigenous background, furthering the film’s argument that we are all collectively part of the vast universe despite the temporary nature of life.

All of these concepts are reflected in the soundtrack by Basil Hogios and Dimitri Scarlato that mirrors the multicultural influences found in the documentary. The music (ranging from Bach preludes to Italian pop to traditional instrumental film scores) creates a range of sound to complement an all-encompassing visual work.

Moruzzi’s film is a truly expansive documentary, utilizing one man’s story to demonstrate the significance of interconnectedness between all people. While this is far from a new concept in itself, what sets Revelstoke apart is an evident desire to depict the endless extensions found in just one memoir. Concurrently reflectionist and progressive, Revelstoke finds an uncanny equilibrium in everything it explores.

Revelstoke: A Kiss In the Wind screens at Cinecenta on Sunday, May 7 at 7 p.m. as part of the 2017 B.C. screening tour, with a Q&A with the director and producer following the film. Regular Cinecenta admission rates apply. For more info visit cinecenta.ca.