The 99 per cent of stuff we throw out needs saving 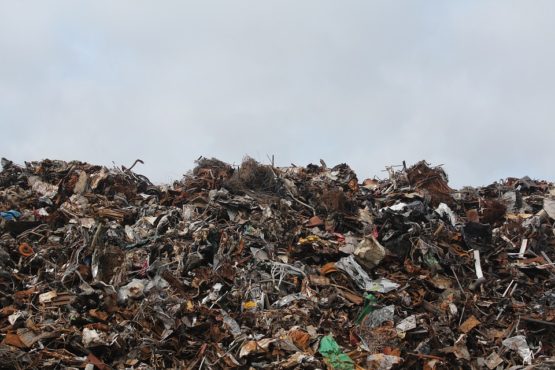 Get out your shattered gadgets, tattered jackets, and battered desk lamps — the Repair Café is coming to UVic on Nov. 9 to make your old things new again.

99 per cent of everything we purchase has a lifespan of approximately six months before it gets tossed in a landfill, according to The World Counts statistics.

This is what inspired third-year UVic Geography student Julie Amauchi to spearhead a Repair Café event on campus.

Repair Cafés create an avenue to reclaim that remaining 99 per cent of stuff, thus reducing the need to exploit new resources, consume more energy, and pack our landfills ever tighter, says Amauchi.

In  2018 alone, we’ve already extracted over 46 billion tons of new resources to satisfy our craving for stuff. On average, 2.12 billion tons of stuff is tossed every year.

“Toss it? No way!” reads the Repair Café slogan.

“Recycling recovers five per cent of [a] product,” says Amauchi. “Whereas when we fix, we just don’t waste anything.”

“Companies make their products for such a low price, [so] it makes us think that it’s not worth it to fix,” she says.

“Instead of just tossing without figuring out if it’s fixable or not, let’s try.”

The Repair Café movement started in Amsterdam in 2009 when founder Martine Postma was, like Amauchi, astounded by the amount of waste generated every day.

“The Repair Café addresses a problem that many people in the Western world will recognize: that things break. And when they do, many people don’t know what to do,” Postma said at a Repair Café conference in June 2018.

“In my opinion, products that people throw away, they are not waste, they just need to be fixed.”

“Instead of just tossing without figuring out if it’s fixable or not, let’s try.”

Postma realized that while a majority of people don’t have the time, tools, or skills to rehabilitate their old stuff, there are some who love to tinker with expired items.

Since Postma’s first Repair Café in 2009, over 1 500 Repair Cafés have started up around the world, eight of which are on Vancouver Island and are ongoing. And UVic is next on the list.

The Repair Café will be happening alongside a clothing swap organized by the UVic Food Bank and Free Store. Plus, if you feel like chowing down on some revived stir fry as your toaster gets a makeover, the Café will be catered by Community Cabbage, UVic’s food-rescue club that seeks to increase food security while reducing food waste.

Amauchi says this is a step towards her vision of creating an ongoing Repair Café club on campus. Her long-term goal involves setting up a permanent venue for repairing items on campus.

Just like SPOKES (UVic’s bicycle upcycling and loan program), Amauchi hopes for a regular facility where household items can be fixed for free or in exchange for donations and volunteer time.

Amauchi sees her work jump-starting this project  as planting a seed that will spread to other communities in Victoria and beyond.,

“Can you imagine if all communities did [Repair Cafés]? That would be an almost perfect world.”

The UVic Repair Café volunteers will be armed with their screwdrivers and sewing machines in the Student Union Building (SUB) Upper Lounge from 11 a.m. to 4 p.m. on Nov. 9 to help you get your defunct junk back up and running.