EDITORIAL: It’s the end of the world and we all know it 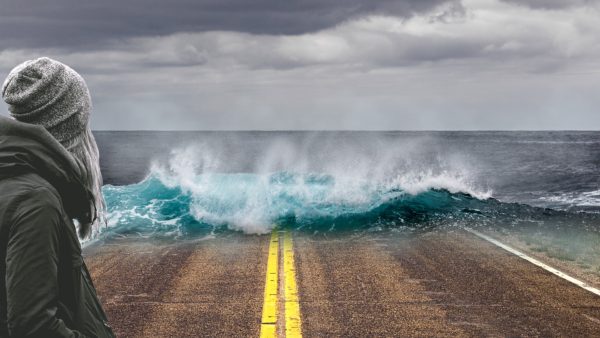 A report was released on Oct. 8 by the United Nations Intergovernmental Panel on Climate Change announcing we have just 12 years before our planet surpasses the point of no return.

The average temperature on earth has reached one degree celsius higher than pre-industrial averages. That may not seem like much, but when we reach 1.5 degrees celsius — which is anticipated to occur by 2030 if we do not immediately curb our carbon emissions by 45 per cent — the planet will reach a critical impact level with extreme floods, wildfires, food shortages, and drought like we have never experienced before.

The report is fairly drastic news, and there is concern that people will fall into a state of hopelessness. In order to actually avoid this seemingly inevitable death sentence, major political movements will need to occur at all levels of government across the world.

Basically, the world as we know it is changing faster than we expected, and those in power don’t seem up to the task of  making the sweeping strides that are desperately needed to stop the worst from happening, let alone mitigate the damage already done.

Does one person using a reusable straw, biking to work, or buying from a thrift store do anything at all?

Strategies for reducing carbon emissions — such as significantly investing in renewable energies, applying a carbon tax, or raising carbon prices — are costly, and governments are concerned about footing the bill. The overall impact of these measures is questionable anyways, particularly since it has been reported that 71 per cent of all carbon emissions come from 100 major global corporations. Considering the scale and source of these emissions, it seems almost impossible to see how any change could be possible  from anywhere outside of these companies.

It can feel like a hopeless and distressing reality, because, really, does one person using a reusable straw, biking to work, or buying from a thrift store do anything at all?

Living in Victoria, we are blessed with so many opportunities to be sustainable. Despite the realization that there is very little that any one individual can do to slow the changing climate, we should not necessarily abandon efforts to make the world a better place. Together, large groups of individuals can do something. Local governments have been some of the most active and successful players on the world stage when it comes to promoting and investing in renewable energy and sustainable practices. Indeed, the only drastic changes that have ever occurred in history are when citizens gather and demand change.

In the 1980s, the world came together to ban  CFCs— toxic chemicals proven to be the primary cause of the depletion of the ozone layer. The world at the time recognized the impending danger of ozone depletion and mobilized to stop the use of CFCs. Since that time, the hole in the ozone layer has partially recovered.

Our greatest power lies in our democratic right to vote for policy-makers dedicated to an environmental vision, and in our ability to assemble and lobby those in positions of power to take action.

The point is: some change is possible at the level of the individual. Renowned scientist and environmentalist David Suzuki has been studying climate change for his entire career, and knows better than anyone how depressing the future looks. But he says there’s no other option.

“We’ve all got to do our little bit, whatever it is. Actually doing something [that] invigorates you, it makes you feel better to be doing something.”

If everyone biked to work, stopped buying disposable plastic, ate less meat, and encouraged everyone around them  to do the same, it would certainly make a difference — even if it’s just to feel empowered.

Most importantly, our greatest power lies in our democratic right to vote for policy-makers dedicated to an environmental vision, and in our ability to assemble and lobby those in positions of power to take action. Because if society stops behaving like we care, what incentive will world leaders have to operate any differently?

The world as we know it might  never be the same, and like it or not, climate change is happening. But we are still active players in this crucial time, and remembering that may just save us from dying in a fire or drought in the next few decades.

And that, we’d say, is still worth fighting for.