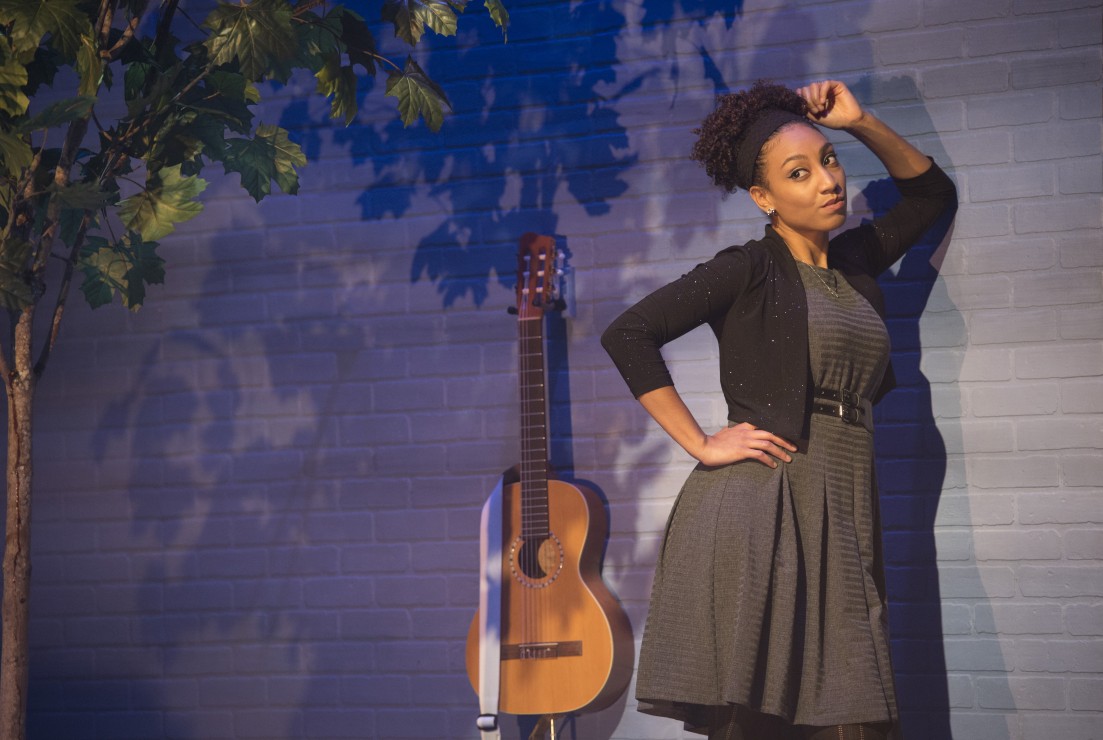 Evangelia Kambites stars in I Think I’m Fallin’ – The Songs of Joni Mitchell, which runs through Dec. 4 at the Belfry. Photo by David Cooper/The Belfry Theatre

From now through Dec. 4, the Belfry Theatre presents I Think I’m Fallin’—The Songs of Joni Mitchell, a musical production that features 17 of the singer’s most iconic songs.

Mitchell’s folk songs have earned her acclaim as one of the top female folk singers of the ‘60s and ‘70s, alongside the likes of other grassroots music industry giants like Bob Dylan. Her long career has also influenced many other notable singers and performers, including Led Zeppelin, Prince, Kanye West, and Taylor Swift. The nine-time Grammy winner has sung her way into this writer’s heart due to her cross-genre experimentation from folk to jazz to pop, covering all the bases with her unique singing and guitar playing.

Though she spent the height of her career in the United States assuming the “girl out there with love in her eyes and flowers in her hair” role, Mitchell is considered one of Canada’s great musical treasures, having found her musical beginnings singing in small bars in Saskatchewan. So after last year’s production, Chelsea Hotel, featuring the songs of Leonard Cohen, this was a no-brainer for director Michael Shamata.

“The choice of Joni Mitchell was extremely easy,” said Shamata in a press release. “Her lyrics are exceptional: complex, full of quirks and surprises, and at the same time, completely recognizable and easy to relate to. Her music is equally outstanding: melodious, confident, multi-layered, and able to insinuate its way into your soul.” 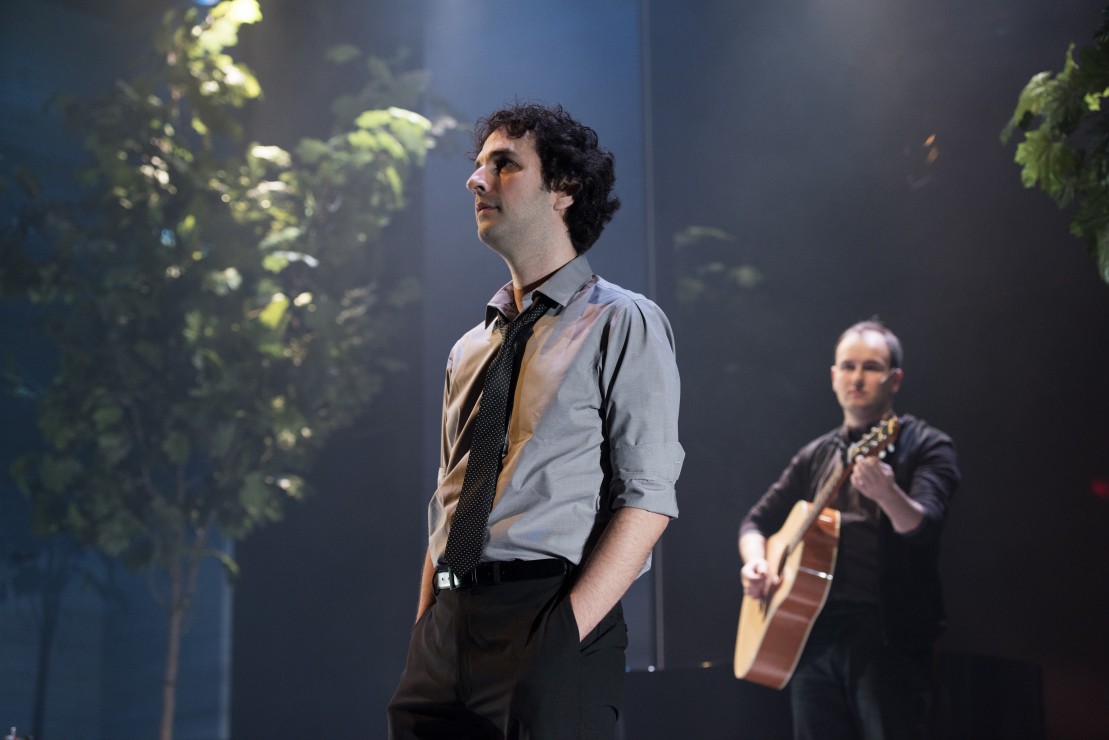 When it came down to using the songs for production, music director Tobin Stokes felt that sticking to the Joni sound wasn’t as important as finding the message of each song.

“What I wanted to do was break down the songs to find what the kernel of the song is. Any good song, you can have a different singer or put it in a different situation and it will still shine.

Joni’s music is like that,” said Stokes. The production uses lyrics from popular hits such as “Big Yellow Taxi,” “Car on a Hill,” and “Help Me” to convey the relationships and emotions of the actors on stage. The play combines the love of live music and theatre in a way that only the Belfry can produce with its intimate setting and history of award-winning musicals that came before it. The actors strum along with acoustic guitars, making sure to convey the respect Mitchell deserves.

“She makes us connect with what she’s gone through…Everything she’s written about is the human experience, and you can’t ask for anything more,” said male lead Jonathan Gould.

“We’re honouring someone and interpreting someone who is already so valued, such an icon. It’s fun.”

I Think I’m Fallin’ is now sold out, but you can find more information on upcoming shows at belfry.bc.ca.