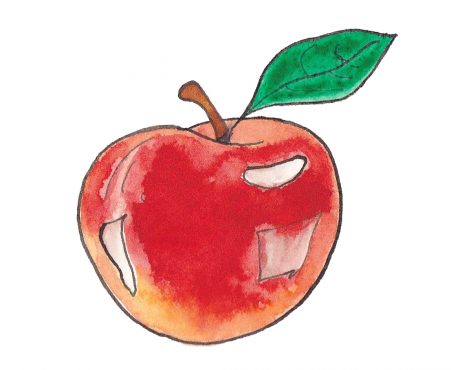 While Victoria’s Kaleidoscope Theatre calls itself a “theatre for young people,” adults and children alike will be mesmerized and haunted by its most recent production of the dystopian play, The Giver, based on the book by Lois Lowry.

The play is set in an abstract location called “the sameness,” where community members don’t see colour, are unable to experience love, and where difference must be terminated.

If a member of the community breaks too many rules, or a baby cries too much, or someone does something that differentiates them from “the sameness,” then that person will be “released.”

The concept of being “released” is mentioned several times, but it’s not until halfway through the play that audience members are shown what it actually means. At this point, it becomes blatant that The Giver is a much darker story than one might initially suspect.

At the age of 12, every child in the community is assigned a role, which they will carry out until they become an “elder.” Roles include master of recreation, caring for elders, and birthing mother — the latter of which has unsettling similarities to aspects of The Handmaid’s Tale. But the play’s protagonist, Jonas, is given a special role, and this role opens up his eyes to a more interesting and loving — yet also sad and terrifying — world.

If you’re in need of some philosophical contemplation, ‘The Giver’ may be exactly the hour of inspiration you’re looking for.

With just a small ensemble of six, each cast member expertly fills the stage to create a deeply powerful story about the binaries of a society — pain and pleasure, for example — and what it means for humans to exist and have autonomy.

In spite of age difference between actor and character, Elliott Loran as Jonas is a truly captivating performance, while UVic Phoenix Theatre alum Haley Garnett successfully differentiates herself as three separate (and charming) characters within the play. Meanwhile, Brian Linds as “The Giver” is a skillful portrayal of your archetypal wise old man.

As always, Kaleidoscope’s Artistic Director Roderick Glanville creates a convincing world that entrances audience members for the duration of the show.

If you’re seeking something light-hearted, turn elsewhere. But if you’re in need of some philosophical contemplation, The Giver may be exactly the hour of inspiration you’re looking for.

The Giver is showing at the McPherson Theatre this weekend — Feb. 23 and Feb. 24 — at 2 p.m. For more information or to purchase tickets, visit www.rmts.bc.ca/events/the-giver-2019-mcpherson-playhouse.