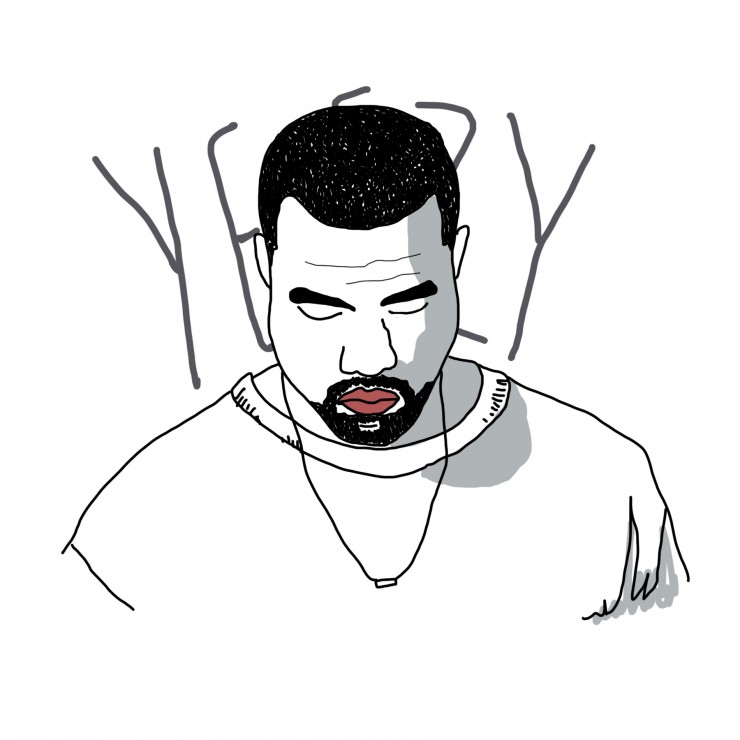 Despite the typical Vancouver drizzle, the spirits of the crowd waiting outside of Roger’s Arena weren’t the least bit dampened as they waited for Kanye West to make his highly anticipated appearance on Oct. 17. Many had already been standing in line for hours to snatch up some much-coveted Pablo merchandise often sported by Kanye himself. These fans — mostly young, trendy males decked in Kanye-designed Yeezy shoes and other popular streetwear brands — piled into the venue with unrestrained excitement.

And for good reason, too. Fresh from his newest release The Life of Pablo, a well-received and highly experimental album with electronic and gospel influences, Kanye has proved himself to be not just a musician but one of the biggest cultural icons of our time. His innovation was reflected in the stage itself, a levitating platform that swayed freely above the pulsating adoration of onlookers. The stage emphasized Ye’s godlike presence, the physical elevation of the performance a sly nod to his ‘Yeezus’ moniker.

As we waited for the show to begin, the communal excitement on the floor was palpable. The fans lucky enough to have floor tickets fused into a single, gyrating wave, their hands stretched high into the air. Like the thousands of people surrounding me, I was enthralled as “All of the Lights” finally dimmed and the man himself appeared on stage, shrouded in smoke and orange light.

Kanye’s performance was characteristically brash, unapologetic, and theatrical, epitomizing the qualities that attract his millions of fans and critics. Of the thirty-plus songs on his setlist, the vast majority were from /The Life of Pablo/. Ever the perfectionist, he wasn’t afraid to restart songs if they weren’t exactly to his liking. Energized by his unpredictability, the crowd chanted in reverence along to West’s most memorable lyrics, new hits and older favourites (“Can’t Tell Me Nothing,” a.k.a. my middle-school anthem) alike. Even his tongue-in-cheek track “I Love Kanye” and an aggressive cover of Drake’s “Pop Style” drew a universally uproarious response from his audience.

Unlike many stadium concerts of this grandeur, Kanye was unaccompanied by backup dancers or extravagant graphics. Instead, he strode alone to the rhythms of his music with a contemplative, confident swagger, dressed head-to-toe in black. Sitting five rows back, I could barely make out his face behind the constant spew of smoke, catching only the occasional glimpse of his trademark scowl. This purposeful obscurity gave an air of mystery and rejected the false sense of intimacy encouraged by other performers. Still, nobody was reluctant to capture the show on Snapchat; what the venue lacked in flashy lighting, it made up for with glowing screens held high in an attempt to share the inimitable Kanye West Experience with friends and followers.

At two hours in length, this concert was one of the longest I’d ever attended. Still, as the gospel choir of “Ultralight Beams” came to an end and Kanye shot offstage as abruptly as he’d appeared, my friend and I looked to each other in disappointment.

I couldn’t agree more. No matter what Mr. West’s next venture may be — more music, a new fashion line, even a presidential campaign — the world will be watching with the same enthusiasm of his Vancouver fans on that rainy Monday night.