Laying his ancestors to rest

Dust ‘n’ Bones, a documentary about traditional grave-digger Harold Joe, is screening at Cinecenta on Nov. 22 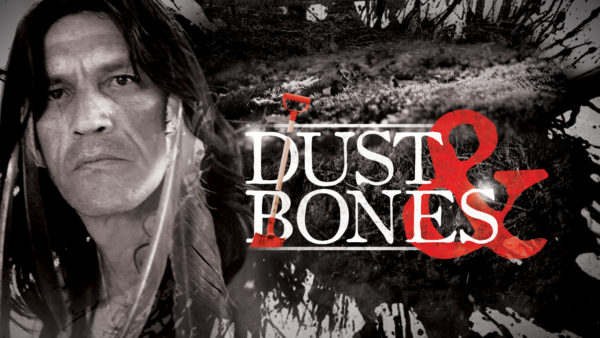 The upcoming documentary Dust ‘n Bones follows Harold Joe and the problems he faces in his quest to repatriate Indigenous remains through traditional burial ceremonies, mostly on Vancouver Island and the Gulf Islands of B.C. The Martlet sat down with Joe to shed some light on his little-known cause.

The Martlet: Could you describe what you do as a traditional grave-digger?

Harold Joe: For sure. [The] work that I do has been handed down generation to generation, my great grandfather [did it and] it’s been in our family for hundreds of years, actually. I’m the next generation. I’ve been doing this work since I was about 14 and now I’m in my mid-50s. That’s most of my life dedicating my work to the people … With that work comes a lot of archaeology, handling ancestral remains, going to desecrated sites and recovering our people. Not everybody can do that work. What we’re using and how we’re dealing with our dead is how our ancestors dealt with [them] a long time ago.

On the day of a funeral for me — there’s a preparation. I get ready probably three days prior to the funeral. I know I’m gonna be doing the work. I stay away from people. I go to the river [and] bathe. I walk through the mountains [and] I ground [myself to] get my soul ready for this deep [spiritual] work. People look at it as [just] digging a grave but it’s not the physical, it’s the spiritual that you have to tune in for. [The day of] we start at 4 o’clock in the morning, [have] a lights show with a generator, and then we mark the ground and start digging. Probably takes us about four and a half hours by hand to dig a six-foot grave. No machinery so we’re not cheating. So I go out there [when] it’s snowing, and it’s cold. [I’m] doing this work for the people but also doing the work for the very old people, [our ancestors]. This work, it’s very honourable. [That’s] the best way I can explain it to you. It’s such an honour for me to do this for our people. 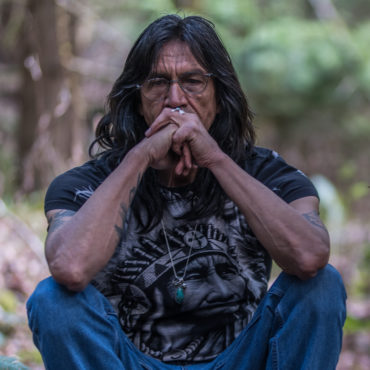 TM: Is your work mainly on Vancouver island or in B.C.?

HJ: It all depends. Wherever there’s help that’s needed. I’ve been into the States and helped the American people down there with a huge repatriation. I think we laid back close to 400 ancestors.

TM: Do you repatriate by physically returning all remains from somewhere away from their traditional burial site?

HJ: Well, [not all of them]. [Some] are in their original cemetery, that is, the grounds that are their resting place. [Repatriation] usually just comes up with desecration. Developing buildings, condos, roads, highways [on burial grounds].

TM: Are there no protections against developing on top of cemeteries like that?

HJ: It all depends. [It’s usually] private landowners or big business [that] purchase the land, go in, and desecrate some of the sites. We know they’re there and we have to go in and recover them. It’s quite complex [dealing with a] private owner, land owner, developer, the people in government.

TM: Could you talk about the film? 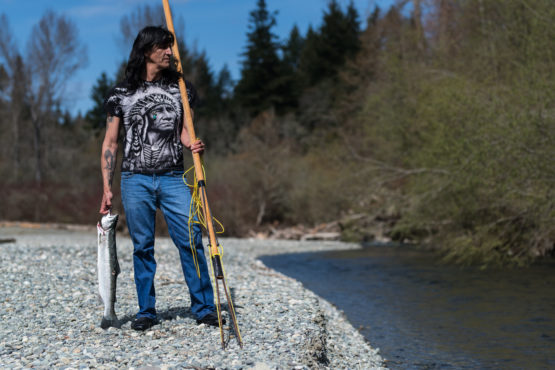 HJ: Dust ‘n Bones has been a personal project [that] I’ve wanted to get going for twelve years. I wanted to tell a story of our ancestors and our real connections to land and spirit. There’s so many questions people have and I wanted to use [this film] as [a] tool to educate people: grade schools, high schools, universities — everybody would have access to this piece. Dust ‘n Bones looks at different things. We talk about politics, repatriation, reconciliation, and I talk to different groups about death. They share their stories and teachings around death. It’s really an interesting film. Stuff that I’m talking about has all been passed through oral history. None of this stuff’s been talked about or shown.

TM: So you couldn’t find any of this stuff in a book?

HJ: I don’t think so. I’ve asked a lot of archaeologists and they’ve said [they couldn’t find it as well].

TM: Are you doing traditional grave-digging in the film?

HJ: No, that’s one part we can’t show. There’s a lot of deep stuff at work, so I talk about it but I don’t show it. We show my work, our last bit of artifacts that came back from the Royal B.C. Museum, but an actual funeral? No.

TM: What kinds of artifacts?

HJ: They were all coming back from Ye’yumnuts, a huge village site in Cowichan. A lot of remains and artifacts came out of there, but the museum held them and did some studies and dates on them. [They] only gave them back to us just recently. So I put them back in the ground.

TM: Is this unique to the Royal B.C. Museum?

HJ: There’s so much of our ancestral people that are laid in museums and universities throughout Canada and the United States. It’s my hope to see them all finally come home where they belong, not in museums on display or put away in some box.

Dust ‘n Bones will screen at Cinecenta on Nov. 22 at 7 p.m. Harold Joe will be in attendance for a question and answer session following the screening.