Lecture and panel discuss the power of street names

Even with benches borrowed from exhibits, the Legacy Art Gallery was standing room only on the evening of Sept. 14 for “The Urban Streetscape as Political Cosmos,” a free lecture followed by the panel, “The Politics of Street Naming in the City of Victoria.”

The event drew students, historians, and community members together to challenge normalized colonialism in a space showcasing First Nations art.

Reuben Rose-Redwood, Associate Professor of Geography at UVic and Chair of the USC, has organized City Talks since 2010, but this was his first time as a lecturer of the main event.

Among the panelists were Sam Grey, a UVic PhD candidate; Ben Isitt, Victoria City Councillor; John Lutz, Chair of the UVic History Department; and Lisa Schnitzler, a UVic undergraduate student at the forefront of the successful campaign to remove Joseph Trutch’s name from a UVic residence hall.

Although the recent publication of Rose-Redwood’s book, The Political Life of Urban Streetscapes: Naming, Politics, and Place, prompted the theme of this semester’s City Talks, he hadn’t foreseen how topical this subject would become. 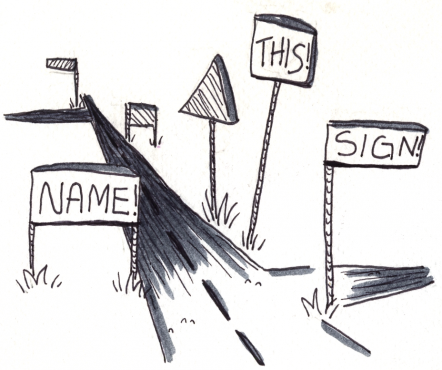 “We’re living in an age of increasing polarization,” said Rose-Redwood in an interview with the Martlet. “This debate over monuments, memorials, and place names . . . is a nodal point in which that polarization of society more broadly is getting expressed.”

New York City’s grid plan of 1811, an early example of standardized streets paved through a complex landscape, drew Rose-Redwood’s initial interest to urban geography. “The urban streetscape is a space where different visions of the past collide in the present and competing spatial imaginaries are juxtaposed from one street corner to the next,” Rose-Redwood said. In Victoria, he explained, this embedded history takes the shape of a “royal–colonial imagination” and Indigenous erasure.

“What seems to be unpolitical is often political through and through,” said Rose-Redwood. “By producing a place in a certain way, you are excluding other ways in which you could have made that place.”

Both the panel and Rose-Redwood discussed the power of names and commemoration at length. Although it was generally agreed that context was important to consider,  perspectives on contextualization methods varied.

“There’s a difference between understanding the past and glorifying particular historical figures,” Rose-Redwood said, continuing that he did not find placing contextual plaques next to problematic icons to be a “satisfactory response.” He cited Memento Park, an outdoor “statue graveyard” of a toppled Communist presence in Budapest, Hungary, as successful executed contextualization.

Lutz called for a less radical response. “We can’t judge historical figures by contemporary standards,” he argued. “We have to [rename streets] carefully, and not make our own historical errors by renaming for reasons that aren’t historically accurate.”

On a lighter note, Isitt proposed that a more “informed population” could be accomplished by blatantly expanding Victoria’s street names. “Hanging Judge Begbie Street,” “Land Robber Joseph Trutch Street,” and even “Sir John A. Genocide MacDonald Elementary School” were among his satirical revisions.

“One thing that’s worth emphasizing is that the act of commemoration tells us more about the people doing the commemorating than it does about the actual thing being commemorated,” noted Rose-Redwood.

Victoria has seen the movement towards reclaiming Indigenous names gain traction over the past decade. Haida Gwaii (formerly the Queen Charlotte Islands), PKOLS (Mt. Doug), and the official designation of the Salish Sea stem from an increased normalization and usage of Indigenous terms.

After the panel, Schnitzler reflected, “it takes all kinds of people to make changes happen. If event attendance was any indication, people of Victoria appear to be interested in an in-depth dialogue on change.

“There are millions of stories waiting to be heard that can start to filter in once we change that background information that we get by walking downtown,” said Grey. “I don’t think we should underestimate that at all as purely symbolic politics that doesn’t amount to material change.”

The final two City Talks this semester will be on Oct. 26 and Nov. 30, on “The Political Life of Numbers: The History of House Numbering in European Cities” and “Space of Passions: Populism and the Politics of “Us” in the Urban Streetscapes of Europe” respectively.

For more on the socio-cultural influences of geography, Rose-Redwood recommends taking his Geography 218 class next semester, “Social and Cultural Geography”.