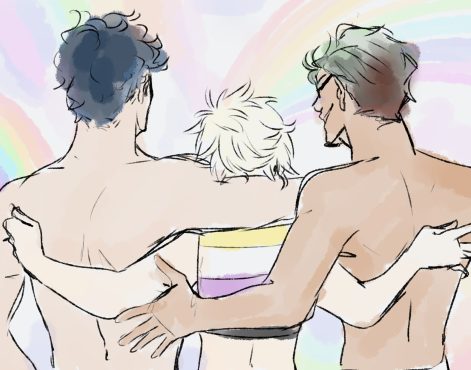 This article discusses violence against the LGBTQ2S+ community.

They went there to dance. To celebrate their identity. To regain a sense of normality among others who understand them. To be in their safe space.

On Nov. 19, 2022, a gunman opened fire at an LGBTQ2S+ nightclub in Colorado Springs, tragically resulting in five fatalities and 22 injuries.

The display of senseless hatred has brought devastation and dismay to communities across the globe. The malicious actions that took place at Club Q have left the Queer community stunned. However, we refuse to stay silent. These actions of hate will not push us into the closet any longer. Instead, we’re speaking out and we plan to be even louder than before.

As a marginalized community, Queers worldwide have been consistently fighting for equal rights in a dangerously heteronormative society. The violence we face occurs when large platforms are given to groups that perpetuate hate and detrimental stereotypes. The only way to stop these crimes of hate is to address them loudly, with voices from communities outside of our own. It is vital that allied voices speak out against targeted violence and support us in our pursuit to receive the same treatment as heterosexual civilization.

Every voice of support matters. As an ally, the best thing you can do to support your Queer loved ones is to identify harmful and homophobic behaviour and shut it down. As a society, we need to target the root of homophobic conduct in order to prevent it from growing.

As someone who grew up openly Queer, I have experienced situations that I am sure the majority of the LGBTQ2S+ community can relate to. I have become far too desensitized to the word “gay” being thrown around as an insult or making its way into the punchline of a harmful joke. Why is it that those who have the most love to give receive the most hate? To this day, I still feel the pit of rage in my stomach grow when I hear these homophobic undertones in casual conversation and no one around me steps in to stop it.

For me, the true problem with these situations is that most people who identify the LGBTQ2S+ community as something to make fun of don’t understand that this is the very root of homophobic violence. It begins in the schoolyard. It begins in the back of your math class. At Thanksgiving dinner with your extended family. In the locker room of your high school. Violent behavior doesn’t spawn from nothing, it stems from the dismissal of harmful actions that fester and grow into normalized discrimination.

We are your neighbours. Your children. Your friends. Your parents and siblings. We need you to see the humanity in us all. Sexual orientation should not determine the hierarchy of human rights. Rather, we should celebrate our differences and encourage diversity. We are not all the same. Diversity is what makes us authentic – what makes us human. Embrace your individuality and allow us to embrace ours alongside you.

Once again, we need you to pay attention to the conversations and hateful actions around you, small or large. Identify them, address them, and shut them down. We, the Queer community and allies, are our own agents of our safety. It is us who have the power to create a safe and inclusive community – and it is us who are at fault if we allow it to deteriorate.