What UVic students should know |

Earlier in November, 21-year-old Gustav Åhr, also known by his stage name Lil Peep, was finishing up his 20-show Come Over When You’re Sober tour. Peep took a nap on the tour bus before the second-last show in Tuscon, AZ: tragically, he never woke up. Åhr was declared dead on the scene by emergency responders.

People suspected the death was an overdose, and online commenters speculated that he was given fake prescription pills that were pressed with the deadly drug fentanyl. 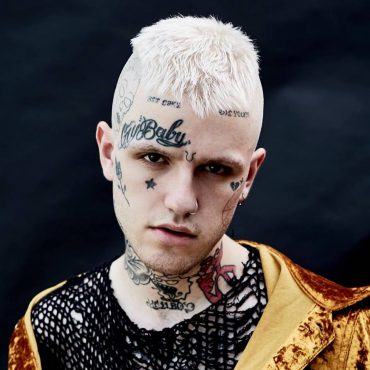 Lil Peep, an up-and-coming rapper who passed away in Arizona on Nov. 15. Photo via Facebook

“I live in AZ. Word on the street is he got counterfeit M-Box 30mg oxycodones and mixed with benzos,” one Reddit user said. “Down here almost every 30 is counterfeit and full of fentanyl. Never seen an MBox30 that isn’t fent.”

The underground singer and rapper had grown a large fanbase after the release of his debut album Come Over When You’re Sober just three months ago, and was hailed as the “future of emo” by Steven Horowitz of Pitchfork. Peep was a part of the music collective ‘GothBoiClique’ with friends and collaborators such as Lil Tracy, the son of Ishmael Butler from the legendary rap duo Shabazz Palaces, and Wicca Phase, the former lead singer of emo band Tigers Jaw. The members of GothBoiClique created a unique fusion of hip hop and emo music dubbed “emo rap” and racked up millions of plays on YouTube and SoundCloud.

Peep frequently rapped about drugs, failed relationships, using Xanax, Cocaine, and painkillers, and wanting to die. In interviews and on social media, he talked about depression, mental health, and his own drug addiction, and begged fans not to use drugs like he does. As one of the only openly LGBTQ rappers in the spotlight, he also often talked about homophobia, misogyny, and hypermasculinity in the music industry.

His passing has brought about a much needed discussion about drug addiction and fentanyl among both rappers and fans of the music.

His death prompted the rapper Lil Uzi Vert to tweet, “Sober 2 day I have been shaking.”

Sober 2 day I have been shaking.

I have been cursing my love ones out and fighting

In the studio with no thoughts in my head

Teeth biting down because I just wanna be angry at something ……

The passing of Lil Peep has made an impact across the globe. Åhr’s mother and the remaining members of GothBoiClique held an official memorial in his hometown of Long Beach, N.Y., and fans have taken it upon themselves to hold candlelight vigils in dozens of cities across the world. Regardless of how anyone feels about his music, the death of such a young musician is a tragic wake-up call.

The reality is that not even a fentanyl epidemic can stop recreational drug use in Victoria or anywhere else. Thankfully, resources are in place for anyone to potentially save the life of someone using a substance that could contain fentanyl.

Most pharmacies in Victoria will accept unused medication for safe disposal through the British Columbia Medications Return Program (BCMRP), including UVic’s own Heart Pharmacy on campus. Disposing of medication safely ensures that the pills won’t fall into the wrong hands, eliminates the possibility of abuse or accidental ingestion, and protects our environment.

The government of B.C. has also created a Take Home Naloxone program to reduce the harm and deaths related to opioid overdoses, namely fentanyl. Anybody can receive a naloxone kit as well as training in overdose prevention, recognition, and first aid response. There are a number of pharmacies in Victoria that have life-saving Naloxone kits available for purchase, including UVic’s campus pharmacy—a full list of pharmacies can be found on the government website dedicated to overdose awareness. The UVSS also has a Safer Use campaign to provide students with easy to access information and resources to reduce the risk of substance use.

It’s unfortunate that such tragic circumstances have brought the fentanyl crisis into the spotlight among the music community and young fans. The harsh reality is that drug overdoses, especially those related to fentanyl, don’t discriminate. Young or old, rich or poor — they can happen to anybody.

The resources are there for us, even on campus, to stop other lives from being taken too soon, whether that’s learning to use your own drugs safely or learning to use a Naloxone kit to save somebody’s life. In Gustav Åhr’s memory, you can make a difference.