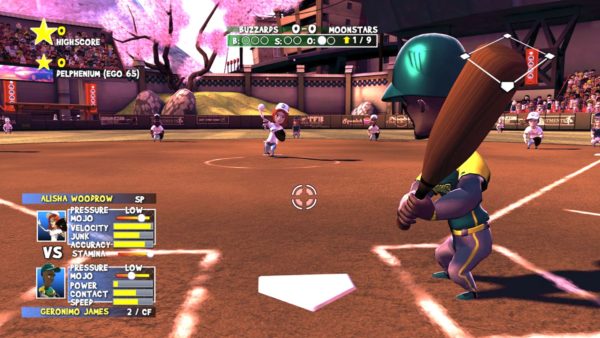 A local indie video game development studio, Metalhead Software, is gaining some well-deserved acclimation after the release of it’s first console game, Super Mega Baseball (SMB). Released on Playstation 3 and 4 in December of last year, and garnering resoundingly good reviews, Polygon rated SMB the sports game of 2014.
Christian Zuger, a co-founder of Metalhead Software said, “It’s been really hard, especially towards the end just because there’s so much to do. It’s overwhelming when you’re a couple years into the project wondering if it’s going to get done. In the end, we were very, very happy that it did.”

The origin of the software company lends itself to something of a Hollywood underdog story as neither of the two founders had any previous experience in the gaming industry. Started in 2009 by Zuger and his friend, Scott Drader, Zuger said “I had a fairly strong software engineering background, so we were like, ‘well, we love video games, you know a lot about baseball. We can probably make this happen.’ And we did.”

On the process of making the game, Zuger said, “[It was] very long and an incredibly amount of learning and humility. We started this in our early twenties thinking that we know a lot and we can make this happen, but we very quickly realized that there is a huge amount of learning to do.” After having to do mostly contract work for the first few years of the company’s beginnings, Zuger commented that the two of them always had SMB in mind, though they were not working on the project for some time.

After completing the game and receiving a flood of positive reviews, Zuger said, “honestly, [the response has been] way more positive than we had ever dreamed of. We had very little awareness before we launched it. We didn’t really have the time or effort to put it out there. We had so much to do just trying to finish the game that it was very hard for us to do any marketing.”

Several times, Zuger pointed out that though he has enjoyed the process, it is a staggering amount of work. Contrary to popular belief, the gaming industry is not all fun and games. “So many people want to make video games,” he said, “and it’s a lot of fun, but the actual act of making the video game itself is actually only a portion of it. There is a lot of stuff surrounding that and a lot of it is a ton of work.”

Commenting on advice for students looking to break into the gaming industry, Zuger said, “Following your dream is usually an insane amount of hard work. That’s what it comes down to. But I think it’s also really worth it. Would I recommend someone go out a start a video game shop? So long as you know what you’re in for, sure. Go and do it, but just be aware of what you’re in for.”