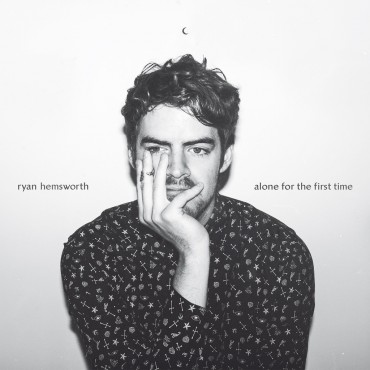 Ryan Hemsworth released his new, critically acclaimed album Alone for the First Time in Canada on Nov. 4, ahead of a series of live performances across North America in November.

The follow-up to 2013’s Guilt Trips, which won the 2014 Juno Award for Electronic Album of the Year, finds the young Canadian producer taking a risk and striking out on his own for the first time, as one of the most exciting electronic artists in the world right now.

Hemsworth describes the new album as an amalgamation of his experiences over the past year of travelling and playing shows. “[It’s] the feeling of moving from one place to another and missing people,” he said in a phone interview from his hotel room in Chicago last week.

His Sucker for Punishment tour kicked off on Nov. 5 in Charleston, S.C., and includes a stop at Vancouver’s Fortune Sound Club on Nov. 29.

“I’m used to playing clubs and people coming out on a Friday night are expecting to dance,” he said about his new material. “It’s scary to play a show in those kinds of venues and not have people dancing.”

Whatever his trepidation, Hemsworth’s act seems to be working. He said he’s had a lot of good reactions from people who have been coming up and talking to him after the shows. “I’ve had a lot of emails from people saying it meant a lot to them and even people who are going through breakups that email me saying it’s good music to get over that stuff too,” he said.

If the new record feels more personal, it’s because that’s what comes naturally to Hemsworth. “I grew up on Elliott Smith and Bright Eyes,” he said. “They wear their hearts on their sleeve.”

He describes the project as a smaller LP or a bigger EP. “I wanted to make something that people can put on and not have to devote an hour to,” he said. “It’s just kind of getting lost in it for a half-hour.”

Hemsworth is well known for his love of Japan and is one of the few Canadian artists at the forefront of the recent crossover of Japanese music into Western culture. “I’ve been following music all around the world for a long time, but Japan for some reason has been a huge interest of mine,” he said. “[There are] a huge number of amazing producers coming from there who, I think because they’ve grown up on different music, are this kind of melting pot of what they’re hearing coming from America and what they’re used to.”

He argues that this fusion only makes it all the more interesting for North American listeners and tries to replicate some of these ideas in his own work. “‘Blemish’ is filled to the brim with sounds and weird little things that I’ve picked up,” he said.“Musical artifacts.”

Hemsworth’s recent travels to Asia inspired the music video for “Snow in Newark,” the lead single from Alone for the First Time, which was shot in Nepal. “For my last album, [with] the track “One for Me,” we shot a video in Montreal and at the time we had the plan to make a two-part video, the second half [of which] I think [is] what “Snow in Newark” ended up being,” he said.

What’s next for the 24-year-old producer?

“I’m hoping to make a side-project type thing with a producer, a buddy of mine named Lucas who I’ve put out on my Secret Songs label,” he said. “I’m definitely going to keep collaborating a lot more. The most fun part of working on this album was just reaching out to people with really different kinds of voices and production styles, so that’s what I’m really enjoying creating nowadays.”