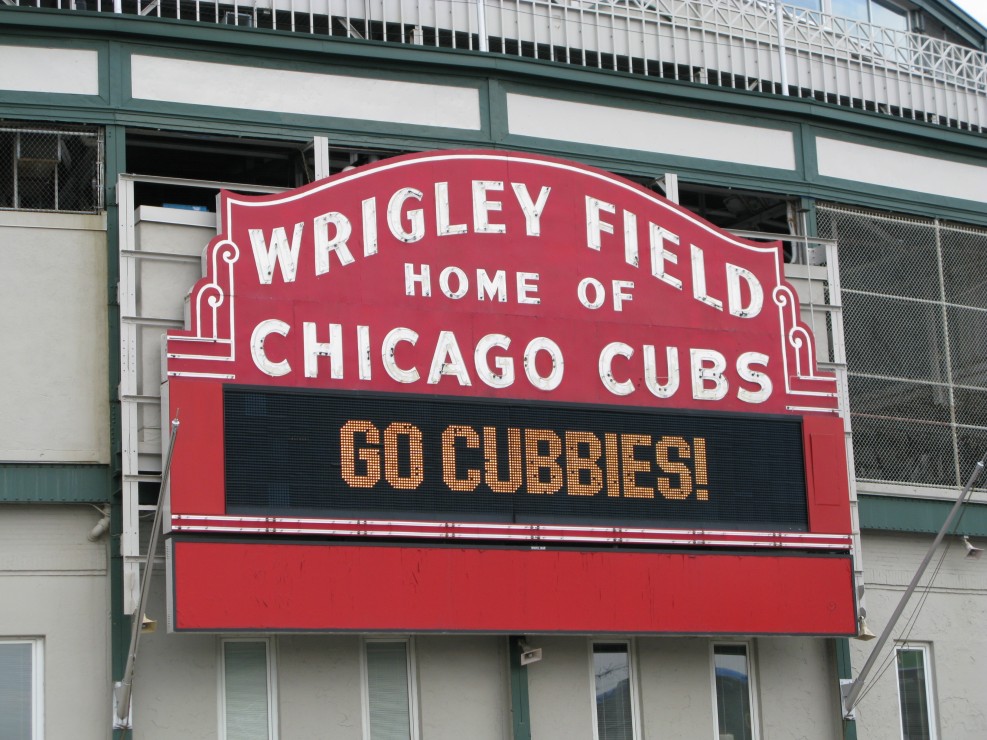 Microwave ovens, international air travel, and the granted statehood of Alaska and Hawaii are among the many things that didn’t exist the last time the Chicago Cubs won the World Series.

The Cubs were supposedly “cursed” during the 1945 World Series by Billy Goat Tavern owner William Sianis, after he brought his pet goat Murphy to a game and was asked to leave because of its odor. Sianis left the stadium in a fury and declared that the Cubs would never win again. They went on to lose that World Series and never reached nor won the Series until this year.

Since 1945, the ‘Lovable Losers’ have had a long history of leaving their fans in tears. In 1969, they were cursed again by a black cat walking across their dugout, which many fans think caused the Cubs, who were in first place for most of that season, to miss the playoffs entirely. 1984, meanwhile, saw the team collapse a two-games- to-zero lead in the best of five National League Championship Series, one win away from the World Series.

The biggest heartbreaker for fans, however, was in 2003. The Cubs were only five outs away from reaching the World Series, when a Cubs fan named Steve Bartman interfered with a foul ball. Moises Alou, former Cubs outfielder, reached into the stands to catch the ball, but with Bartman’s hands blocking it, Alou couldn’t make the catch. They were just four outs away from making history. The Cubs, who had a 3-0 lead at the time, would go on to give up eight runs in one inning and fail to advance to the World Series. Notably, Cubs fans look back on this event and regret blaming Bartman for the loss, with some offering him tickets to see the Cubs play.

The 2016 World Series Game 7 will go down in history, with USA Today calling it the “Greatest World Series Game 7 ever.” The Cubs had a 6-3 lead going into the eighth inning, six outs from making history, when their pitcher, Aroldis Chapman, gave up three runs to tie the game 6-6. Fans everywhere were shocked, surely believing the curse was rearing its ugly head again. However, the Cubs prevailed in the 10th inning after World Series MVP Ben Zobrist doubled and Miguel Montero singled, giving the Cubs an 8-6 lead. Cleveland centre- fielder Rajai Davis singled in the bottom of the 10th, cutting the lead to 8-7, but the Cubs were able to hold on to take the title.

The day fans had dreamt of had finally arrived—their team had won the World Series. The curse had been broken, and the Lovable Losers were no more. The Cubs will start their title defence next season on April 3, 2017, against the St. Louis Cardinals.