Looking back on Silk Road 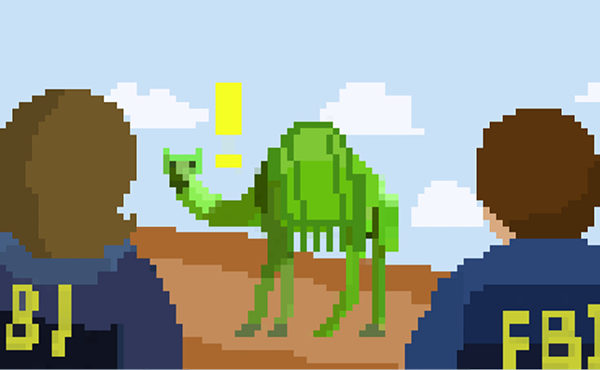 On Oct. 1, FBI agents arrested Ross William Ulbricht at a public library in San Francisco. In a pair of unsealed court documents, police allege that Ulbricht is the man known online as the Dread Pirate Roberts (or sometimes just DPR), the notorious owner and operator of the black market website Silk Road.

Ulbricht denies the charges in their entirety. None of the allegations have been proven in court as yet. A trial, currently set to be heard in New York, where the first complaint was filed, is not likely to occur until late 2014 at the earliest.

The court documents tell a fascinating story of the Internet’s dark side. The documents describe a site reliant on technologies designed for anonymity and decentralization, where users could trade anything from drugs to forged documents. The site’s exact address and the physical location of its servers are now in the hands of law enforcement.

The Silk Road was accessible only through a network known as Tor. This network uses what is known as “onion routing” to wrap data in multiple layers of encryption and forward it through a round-robin of servers across the internet. Each server only knows about the one previous “hop” that it directly received the data from, and the next hop where it is heading. When the data finally emerges somewhere else, it is nearly impossible to trace back to its source. Combined with Bitcoin, a decentralized peer-to-peer electronic currency based on encryption and mutual validation, the Silk Road allowed buyers and sellers to coordinate and trade while remaining anonymous.

The indictment, filed in federal court in Maryland, indicates that in January 2013 the FBI arrested one of the site’s employees. The Dread Pirate Roberts, communicating by private message on the site, explained to an undercover FBI agent that “now he’s arrested, I’m afraid he’ll give up info.” The Dread Pirate Roberts, the indictment claims, went on to say that he had “never killed a man or had one killed before, but it is the right move in this case.” Requesting that the undercover agent kill the arrested employee, he wired $40,000 to the agent’s account, and then sent him another $40,000 after the agent sent faked photos purporting to depict the employee’s dead body.

This wouldn’t have been the only time DPR resorted to violence, according to federal prosecutors. In March 2013, a vendor on the Silk Road allegedly began sending messages to DPR, stating that he needed $500,000 to pay off drug debts to his suppliers. The vendor, known as “FriendlyChemist,” claimed that unless he was paid, he would expose a list of real names and addresses of Silk Road vendors and customers. DPR, prosecutors allege, decided not to pay “FriendlyChemist,” instead requesting that the blackmailer put him in contact with the suppliers, to “work out a deal.” Instead of settling the debt, the complaint filed in federal court in New York alleges that DPR offered them 1670 Bitcoins—about $150,000—to have “FriendlyChemist” killed.

Neither one of the killings appear to have been carried out. The first murder for hire was solicited from undercover law enforcement. To confirm the second, the FBI attempted to contact Canadian authorities to determine if the “FriendlyChemist” had actually been killed. Canadian law enforcement had no record of any Canadian resident with the name that DPR had allegedly put out a contract on, and there were no homicides in White Rock, B.C. at the time when “FriendlyChemist” was supposedly killed there.

Still, with the Silk Road shut down and servers apparently in the hands of the FBI, it doesn’t seem like the story is over. After the Silk Road’s shutdown became public knowledge, other arrests occurred, including a 40-year-old Washington man who is claimed to be one of the top sellers, as well as four individuals in the United Kingdom who were arrested on suspicion of supplying controlled drugs. More arrests are apparently in the works, at least in Britain. “We know where you are, what you are doing and we will catch you,” read a statement by Keith Bristow, the Director General of the National Crime Agency.

The end of Silk Road and the high-profile arrests don’t appear to have deterred people permanently. Silk Road 2.0 opened its doors on Nov. 6and is on its way to reclaiming the stature of its predecessor, with an estimated 5 per cent of its former collection of 957,079 users having returned. However, it also faces greater pressure from the FBI. There is even a widespread theory that the new site is a trap set by the FBI, or by an unrelated criminal or group of criminals hoping to abscond with returning users’ Bitcoins.

If the authorities have their man, the original Silk Road’s Dread Pirate Roberts isn’t likely to sail on this new sea for a long, long time: many of the various charges laid by federal prosecutors carry a life sentence upon conviction. However, much like the nefarious online identity’s more innocent namesake, a new DPR has stepped in to fill the void.