Luca Fogale is coming to Victoria

Soft and honest, his folk tunes are an invitation to the calm seas of connection 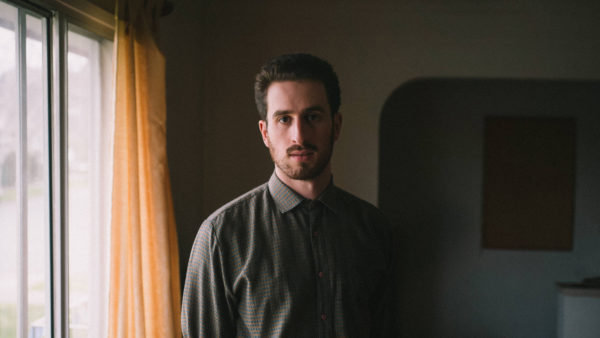 In the cacophonic bustle of city construction and car horns, it’s hard to reach that introspective space where we can deeply connect with each other and ourselves. Luca Fogale’s soft, soulful folk will send you sailing on that calm sea.

Fogale’s first album, Safety, has over 4 million streams across major music-listening platforms, and his single “I Don’t Want to Lose You” was featured on the TV shows Grey’s Anatomy and NCIS: Los Angeles.

But for Fogale, hitting the mainstream is not a true measure of his music’s success.

“Whether you sell one copy or it goes platinum. It doesn’t matter. If you can connect with somebody that hasn’t otherwise been connected with, I think that’s everything.”

Fogale says he writes music to pay a favour forward that he himself received from music.

“It’s the main reason I write songs, aside from helping myself work through things,” he says. “To connect with somebody else. Because that’s what music has done for me.”

“Whether you sell one copy or it goes platinum. It doesn’t matter. If you can connect with somebody that hasn’t otherwise been connected with, I think that’s everything.”

“Especially now, because of how much discussion there is around mental health and self-love, I think it’s more than ever critically important to just be honest and try and connect with somebody deeply.”

Fogale started touring a few years ago, and has played 600 shows over three years — that’s around one show every other day, and a lot of people to connect with.

But it’s getting away from the stimulation where Fogale really finds his inspiration for songwriting. 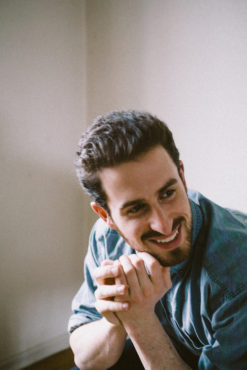 “When I can get away from that I find that ideas and thoughts, you know, natural thoughts, start to flood back in,” he says. “I sort of feel like I’m returning to my old self.”

Fogale’s musical journey wasn’t exactly planned. After listening to classics like Bob Dylan and Joni Mitchell, he bought an acoustic guitar and pretty much dropped everything else.

“I dropped out of UBC. I was half-way done a degree, and I quit my job and just sort of kept playing music.”

The spontaneous move was pretty out of character for Fogale.

“I’m not what you’d call an impulsive person. I think everything through about a thousand times, and so that was one thing where I just let my intuition take over,” he says.

Fogale came to see that his intuition was driving him towards fulfillment through music.

“I couldn’t understand why I needed [music] so much and I’ve realized since then that there was always that piece of me that was waiting to be filled,” he says.

When Fogale made the decision to pursue music full-time, he didn’t know where it would lead. But despite all odds — and being told many times he didn’t know what he was doing — Fogale has become a vibrant voice in the world of folk.

“Against all odds we’ll break from these paths, and fly like the fires behind our backs,” he sings in his song, “Shelter.”

One of Fogale’s priorities when he plays and performs his music is to be as honest as possible.

“I really connect with the music culture in Victoria. I’m always so excited to come over. It’s my second home for sure.”

“I’m starting to … stop worrying so much about trying to be perfect, and just be honest,” he says of his performances.

And honesty is what Fogale feels has allowed Safety to make the impact it has.

“I spent a lot of time on that album trying to make it honest,” he says. “I think — I hope, at least — that that’s what people have connected with.”

Fogale is eager to share a suite of freshly-written and sincere songs (while accompanied for the first time by a six-piece band) at his show on Nov. 24 in Victoria, a city that has a soft spot in Fogale’s heart.

“I really connect with the music culture in Victoria. I’m always so excited to come over. It’s my second home for sure,” he says.

“I think there’s a certain ability of people in Victoria to really settle in to soft music for whatever reason that is.”

When asked if he had any deep secrets to share with Victoria before the show, Fogale responded with the kind of honesty and humility you can expect from him.

“No secrets here, just somebody trying to play music.”

Seats are filling up quickly for Fogale’s show on Nov. 24 at 7 p.m. at St. Andrews Presbyterian Church in Victoria, B.C. You can grab your tickets at www.brownpapertickets.com/event/3623748.