We asked people to submit their best travel photos—to tell the story behind their snaps. Here, they share details about the “bigger picture,” and why sometimes, travel is about more than just the destination. 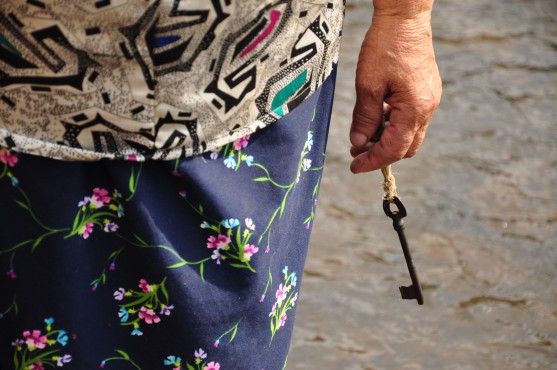 First place: Alison Root
Hanya Prymak, holding a key in the village of Koshylivsti located in Ternopil Oblast, a province of Ukraine. August 2013

In Ukraine, I was immersed for the first time in a land rich with the words and embroidered fabrics and cooking smells of my childhood home. It was my mom’s first trip to a country she knew so well in her heart. When we reached Koshylivsti, a small village in the west, I got to see the house where Dido—my grandfather—was born. The heavy key to the front door swung in my great-aunt’s hand as we crossed the stream toward the old building. Inside, I found remnants of the one voyage my grandparents had taken back to their birthplace in 1988—a stack of photos, gifts flown across the ocean. The three hours we’d spent bumping through potholes in my cousin’s car that morning were thrown into perspective. It had been arduous for Baba and Dido, travelling with American passports at the end of the Soviet regime. That trip, however, paled in comparison to the weeks they’d spent in cramped trains when they first left their villages, en route to German camps during World War II. We, the diaspora, have so much to learn from playing pilgrims in the territory of our dispossessed ancestors. Here is a photo from a land I can call my own. 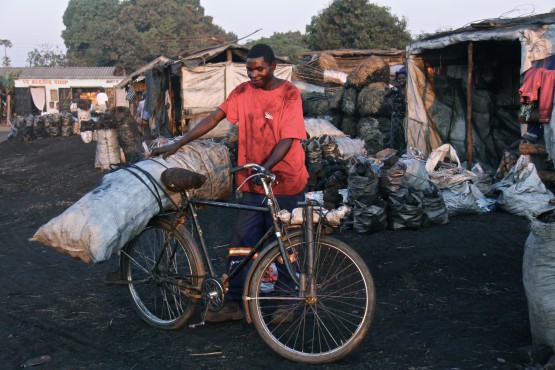 This summer, I felt extremely lucky to live in Zambia for two months. I was there on behalf of the Racecourse Community School Fundraising Initiative—a grassroots group based out of Edmonton that has a long-term partnership with a community school in Kitwe, Zambia. I walked to the school almost everyday—a five-kilometre route that first crossed a busy highway, snaked along dusty red paths and trailed through a bustling marketplace. By the end of my stay, that walk took twice as long as it had in my first week; my route was dotted with friendly smiles, prolonged conversation and countless handshakes. This particular photo is of Kennedy, a young man who worked in the area of the market where charcoal is sold. Charcoal is collected from the “bush” a few hours away from the market, and once it is collected and distributed among vendors, it is sold to passersby. The photograph shows a large bag of charcoal strapped onto the back of his bicycle with leather bands. His well-loved vehicle is equipped with a tire pump tied onto the front wheel. I discovered that, despite the vast difference in culture between my life in Canada and that in Zambia and the near impossibility for me to relate to the level of poverty that the majority of Zambians face everyday, friendships could still develop out of a willingness to listen to, learn from and laugh with a passing stranger. 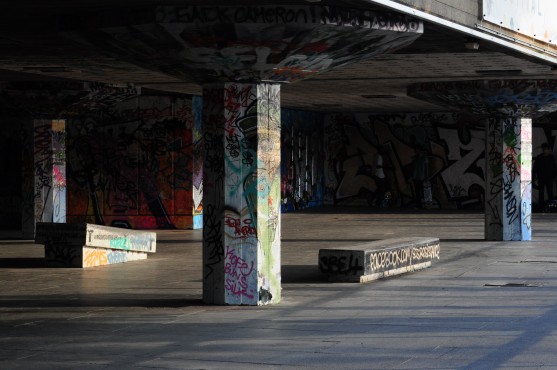 The “Undercroft” of the Southbank Arts Centre in London has been used as a skate space since the 1970s. Once an empty space, it has since evolved into a graffiti-coated haven for street skaters and artists. Amongst the London Eye, retail shops, and restaurants, The Undercroft provides an escape from tourist traps and instead offers a view of London’s locals. It’s not hidden, but it’s the kind of space you’ll only see if you’re looking for a different kind of culture. On my trip to the United Kingdom last summer, I didn’t want to see paper cities; I wanted to experience living places. The Undercroft has the pulse of the young people who skate there every evening. It pumps the blood of those who scrape their knees and lift off from the concrete. With the Southbank Centre pushing plans to reclaim The Undercroft to build their Festival Wing, it’s also something to fight for. As evidenced by over 66 000 objections to the Festival Wing plan, the skate space is important. Physically and symbolically built up by those who use it, The Undercroft draws the line that distinguishes a house from a home, and makes London more than red telephone boxes or Tower Bridge.