The Victoria-based women who are trailblazing Victoria’s cannabis industry 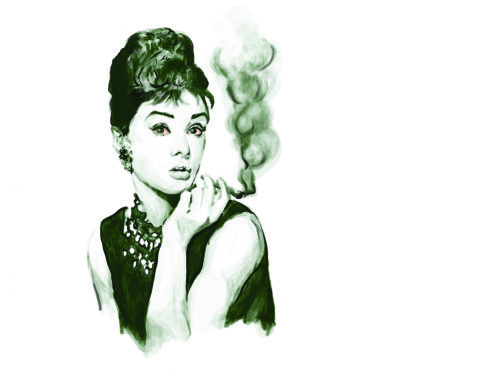 Illustration by Beth May, graphics contributor.

Like many sectors, the cannabis industry is dominated by men—but not for long. From cultivating strains to marketing CBD-rich potions, two women in the Victoria cannabis community understand that their role extends far beyond getting high: it’s a quest for gender parity, a vehicle for social justice, and an avenue for environmental and healthcare reform. 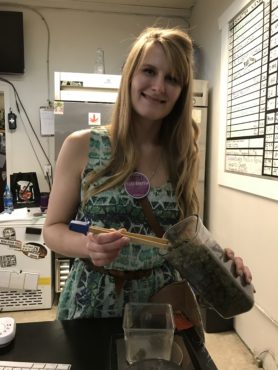 To call Julia a store manager is to do her a huge disservice; she’s a true MVP of the cannabis industry. In addition to managing Victoria’s oldest cannabis retail shopfront, VCBC, Julia is an activist, journalist, spokesperson, and the confidante of many who use cannabis for medicinal purposes.

The Martlet: How did you get into the cannabis industry?

Julia Veintrop: I started out in this industry as a member of VCBC, and a cannabis user. I first used cannabis when I got really sick—totally unexpectedly—and cannabis saved my life. Using cannabis enabled me to get off heavy opiates and away from a dependance on them. Given how positive my experience was, the second a job opportunity became available in this field, I took it.

Having access to cannabis is, without question, a matter of life or death for a lot of people. People who don’t believe this aren’t around those who need it—and just because they don’t see the need for it, doesn’t mean it doesn’t exist.

A documentary filmmaker, Windy Borman, described women joining the cannabis industry as an “intersectional feminist movement” that works towards gender equality and environmental sustainability—do you agree with this?

There’s a lot of talk about women in the cannabis industry. I guess for me, I’ve been lucky because I work at a place that doesn’t see gender, age, or race, and I agree with their core values. But I’ve heard alot of horror stories… women in [the] cannabis industry [are] treated like they’re working at Don Draper’s lemonade stand. I was once offered a job at a place where budtenders were all female and wore tight, revealing clothing. The guy described it as a “Hooters for weed.” I almost slapped the dude. And you know what? I never saw that place [go] anywhere. So I guess that’s saying something.

When people come to the VCBC, what is it they are most looking for?

Let me answer this in the words of a member. He said, “If I want to get high, I can go anywhere. If I’m sick and needing medicine and help—I come to VCBC.”

Why is it important—if it makes a difference at all—that customers have an option to talk to either a woman or man in retail stores?

Men and women’s bodies are different. It’s important to have a male budtender available to talk with a patient with prostate cancer, and a female to answer questions about cervical cancer, breast cancer, and vaginal issues. It’s about providing the best level of care by providing patients with someone they’ll feel comfortable with. It’s also important that stores employ people of all ages, especially so seniors are represented. There’s something for everyone in the cannabis industry, and everyone can be a part of this. 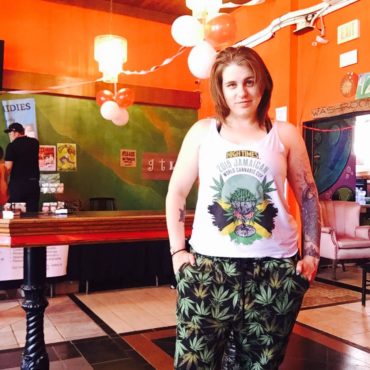 In April 2016, Ashley Abraham did the unthinkable. She opened The Green Ceiling, a safe space for cannabis consumption despite the mayor of Victoria publicly stating she was ‘not OK’ with the lounge. The Green Ceiling quickly became a haven for recreational and medicinal cannabis users alike; a mix of tourists, daily tokers, and people who just wanted to avoid the bar scene. Since its abrupt closure in Nov. 2017, Ashley remains dedicated to promoting safe cannabis use.

The Martlet: How did you get into this industry?

Ashley Abraham: Being born and raised on Vancouver Island made getting into the cannabis industry a natural choice for me. I came from a background of experience in tourism and hospitality. However, a car accident changed my career path and working at a dispensary seemed like a good way to get back in to the workplace.

What were you trying to achieve through launching Victoria’s first smoking lounge?

I was excited to be a pioneer in Victoria and open Victoria’s first cannabis lounge. It was amazing to provide an adult event venue that wasn’t focused around alcohol consumption.

What is it like being a woman in this industry? Have you experienced bias because you’re a woman?

Men do tend to dominate the cannabis industry and there have been times that I can see the bias. It can be hard to be taken seriously as a woman [when] launching a new business and with the lounge proposal I was often told that if it was a good idea, some guy would already be doing it.

What was the best piece of advice someone has given you in this industry?

To not listen to the people who doubted me. I was given the advice that I can’t please everyone and to focus on the ones who enjoy what I provide, and to not worry about the rest.

You’ve hosted a lot of super stoned people. What is one of the strangest or funniest things you’ve witnessed in the lounge?

We had an unintended flashmob when ‘The Macarena’ came on the radio and we taught the dance to our friend who was visiting from Japan. Things started to get ridiculous as one by one, every guest in the lounge got up to join in. Not being familiar with the dance, our friend couldn’t believe that everyone knew the moves, and it really blew his mind when people coming in the door afterwards too were joining in.