Meet the voices of Ocie Elliott

The musical duo sat down with the Martlet to talk about their new album, We Fall In 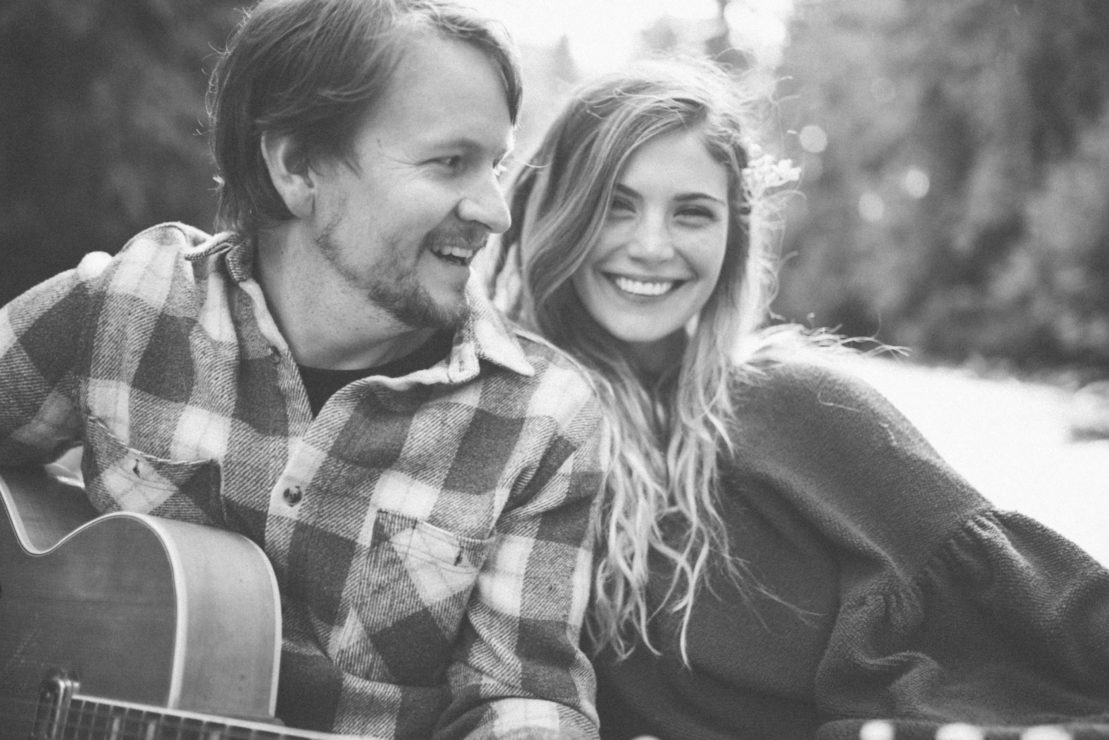 From two small islands in the Pacific Ocean, the voices of Sierra Lundy and Jon Middleton found each other to create soothing songs and elegant harmonies, later forming a relationship and the band Ocie Elliott.

As a restless child, Lundy steered away from music to pursue sports, while still singing in the school choir. Eventually, she returned to music.

“My dad really wanted me to be a musician when I was younger, but I didn’t actually know that,” Lundy says. “He slowly tried to subtly push me into it.”

Middleton’s father also played a musical role in his childhood. “He played acoustic guitar, and sung, mostly when we’d go camping,” he says.

Captured by enchanting harmonies and calming lyrics, listeners of Ocie Elliott are offered a quiet musical escape to the waters and forests of the West Coast.

Middleton also attributes his pursuit of a musical career to his older brother, who would provide new music to listen to growing up.

Lundy joined Middleton in Victoria three years ago after finishing art school in Vancouver, where they finally merged their lives and voices to create the indie folk duo Ocie Elliott.

Middleton, known for his Victoria-based band Jon and Roy, describes the evolution of his creative process since the beginnings of Ocie Elliott.

“I played music for a long time without Sierra around,” he says. “I’ve been writing by myself for a lot of my life so definitely, in a very positive way, [creating with another person] makes me question decisions.”

Lundy says that harmonies are important to Ocie Elliot’s music, and describes the initial process of first singing with Middleton.

“I had to relearn everything that I’d learned in choir about harmonizing because it’s not necessarily about making the perfect pitch, but it’s about really kind of opening your voice and letting out the specific tones and pieces of your voice that work with another voice.”

Captured by their enchanting harmonies and calming lyrics, listeners of Ocie Elliott are offered a quiet musical escape to the waters and forests of the West Coast. Their work is influenced by and integrated into Vancouver Island.

Along with their reliance on the ocean for inspiration, Lundy and Middleton also cite other influences for their music.

“Bob Dylan might be the most influential because he’s so creative, so insanely good at writing songs but he’s also got such an attitude” says Middleton. He also names his manager Steven as a role model, who has provided much guidance over their 12 years of working together.

Lundy mentions Simon and Garfunkel for their unique approach to harmonies, as well as her family.

To nurture creativity outside of music, Lundy is drawn to dance. “It’s kind of this way of expressing yourself without feeling judged,” she says.

MIddleton, meanwhile, prefers to escape into nature from the endless distractions of life. “Going away from everything, especially phones, computers, people in general,” he says. “I like going out and doing a long walk — the longer the better really. Or a hike …  or anything that separates you from normal life in a way. It’s very beneficial because it clears out everything that’s going on. It allows you to reassess.”

Ocie Elliott have recorded throughout the woods of Vancouver Island and in the back of their multifunctional Honda CRV named “Dad.”

In their song “Down by the Water” from their 2017 self-titled EP, they sing “And I have 49 places all lined up.” Aside from his affinity for the number 49, Middleton explains the specific integer is less important than the notion of having a lot going on. “It talks about how you have all these different things that you want to do, or things you think about doing.”

The couple continues to travel all over the west coast, ready to write and explore. “We have spent a lot of time just taking off. Going to different places,” says Lundy.

Ocie Elliott started writing We Fall In shortly after releasing their 2017 EP. In April 2018, they began recording at Protection Island Studios, a rural, retreat-like recording facility located in Maple Ridge. But the couple has never been bound to a traditional studio. They have recorded throughout the woods of Vancouver Island and in the back of their multifunctional Honda CRV named “Dad,” a vehicle which not only serves as a means of transport, but also as a practice area, recording studio, tour van, adventure mobile, and occasional home.

The album and song names for We Fall In emerged through a collaborative process with friends and family in Tofino. “We had quite a few ciders and beers, and just passed this book around with all these different ideas and names, and then had people check them off or write their own,” says Lundy. We Fall In was released on Feb. 8 with Nettwerk Records.

As for what’s ahead for Ocie Elliott? They certainly have 49 places lined up. Their upcoming tour will take the pair across Canada, back to Vancouver Island in March, then overseas to Europe. They also hope to take a long overdue trip to Hornby Island, and one day spend time in Bamfield, performing and maybe catching a storm or two.

You can see Ocie Elliott in concert tonight — Sunday, Feb. 10 —  at Upstairs Cabaret in Victoria, to celebrate the release of their album. Tickets are for sale here.