Meet your profs: A conversation with Jon Willis

Are we alone in the universe? 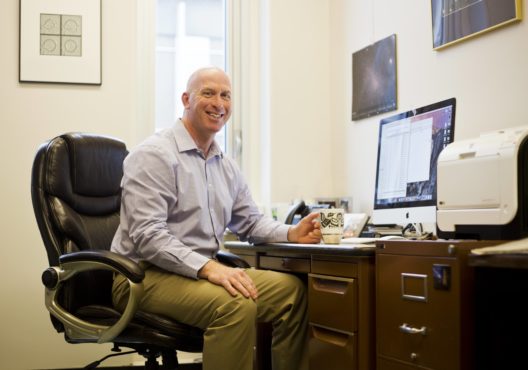 The universe is big. Massive, really. And it poses equally massive questions. Are there other-worldly creatures beyond the fragile boundary of Earth’s cozy atmosphere who are marveling at their subjective existence just as we do? How did more than 100 billion galaxies form into the magnificent structure that we see when journeying back through millions of millennium in our giant space telescopes?

Jon Willis is an Associate Professor in the Department of Physics and Astronomy at UVic. With these mysteries in mind, a chat with the professor is time well spent on a misty Tuesday afternoon. The Martlet spoke with him to bring you closer to the passion and talent that he radiates on campus.

The Martlet: So, it all starts with a huge explosion — the biggest ever. Quarks start fusing together, stars ignite, dancing galaxies expand and link into a large structure, heavy metals are spewed from giant stars, planets are formed, Australopithecus comes down from the trees, humanity builds a civilization, your parents meet, and then you’re born. So what happened between then and now?

Jon Willis: Right. So, most of that stuff you just said isn’t on my CV, [but] I grew up in Britain — as you can tell from my accent — and up until, I guess, 18, my schooling was quite standard.

I often disappoint a lot of people, because I wasn’t a 10-year-old out in my back garden with a telescope and this kind of thing. It just wasn’t really a possibility at that stage in my life. But the astronomy just became more and more interesting.

At the end of my [Physics and Astronomy] undergraduate degree [at the University of Glasgow] — which is kind of when you’re meant to have some big revelation as to what you’d like to do with your life — [the] revelation did not arrive.

I got a couple of offers for PhD places [and] went to visit them. One of them was Cambridge, and that was quite an electrifying environment. Very dynamic, specializing in astronomy, lots of things going on and lots of energy and application. And I thought, ‘yeah this is cool, I can do this.’ 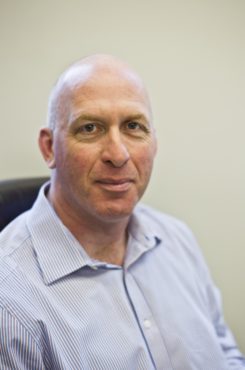 So I did my PhD, and that was kind of an interesting time to be an astronomer. It still is, but many more new observatories were being built then. So after my PhD, my first real job, as you’d like, was at an observatory in Chile. That was at a place called the European Southern Observatory.

I used an awful lot of different telescopes at different places, which is great! It’s like when you get your driving license and then work in the car showroom: ‘you know, I think I’ll take out a mustang today,’ or, ‘how about a VW camper van.’

And then my wife [and I], who is also an astronomer (we were out there [in Chile] together), were offered positions here at UVic. And that was a great opportunity for us in a lovely part of the world, and so we took it, both ends, and it’s been very successful for us ever since. That was in 2003 we moved here.

So a lot of my day to day work is teaching, research, training graduate students, all these kinds of things. And I diversified a little bit recently because, as you know, I give this course The Search for Life in the Universe, [which] gave me some new opportunities that I had a lot of fun exploring, one of which was [writing] a book. And that was inspired by the course, but it’s not meant to be a textbook as such.

Did you intend on writing a book, or did it just accidentally happen as you were teaching the course?

You don’t choose to be a writer, at least in my experience. One ends up with something that you think is so interesting to tell that you just have to write it down. And that was my situation.

You’re doing a lot of work with large-scale structures and how galaxy evolution influences that, and then also the search for alien life, or the processes for how one might do that. What’s the most exciting project that you’re working on right now?

What I would very much like to see finished is something I’ve been working very hard on. One thing I discovered, in 2013, was a number of very distant clusters of galaxies. Now, to put into perspective, a cluster of galaxies is about the biggest concentration of galaxies, matter, stuff that we see in the universe around us today. They’re like the biggest cities.

Keeping that analogy with cities, you could look at human history and say, ‘well when did cities actually appear?’ because we have pretty good ideas [that] they weren’t always there. From the archeological records, we see settlements. We see the first evidence of species of homo using fire, so we think they were grouped together in units. And then we have today’s mega cities, and you think, well what was the trajectory of that? You try to follow that back in time, and there are interesting early examples like Jericho or Ur.

So my aim is to do the same thing with clusters of galaxies: to look back through time and try to find the earliest examples of systems like that. The reason why that’s interesting is, keeping the city analogy again, living in cities didn’t change who we are as humans, but they did change the rules a little bit: how we interact with each other, how society operates.

Are you also doing quite a lot of research on the search for alien life?

What I tell people is, and it sounds a bit like a strange way of putting it, cosmology is my day job — that’s kind of what I get paid for. Astrobiology — I teach it, that’s also my job — but following it up and having these adventures is my hobby. It’s like my professional hobby.

This interview has been edited for clarity and brevity.