Funk Hunters get raucous at night two of Funk the Halls 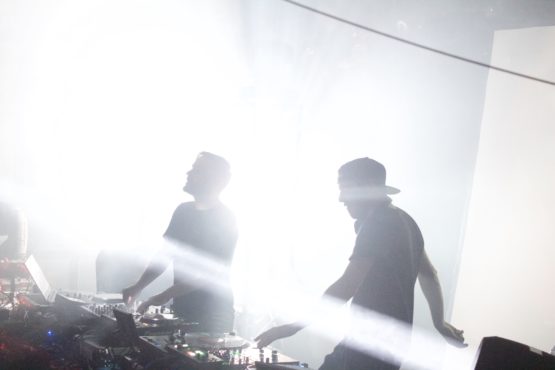 If you were in downtown Victoria on Dec. 1, you may have wondered why there was a parade of Santas, rave-ready-reindeer, and people decked out in Christmas lights making their way up Yates Street. These funk seekers were heading to the Christmas party to end all Christmas parties.

The Martlet attended night two of the fourth annual Funk the Halls at the Capital Ballroom.

After opening performances by Distant Grand and Defunk, 12:20 a.m., the Funk Hunters stormed the stage at 12:30 a.m. for a wild, energizing show that entranced partygoers late into the night. Nick Middleton and Duncan Smith — the DJs behind the beats — have a connection that made their onstage performance electric. They clearly fed off each other and the music, creating an adrenaline-filled vibe that spread on to the crowd.

The 19+ event drew in a diverse crowd. The audience was a swaying mass of funk-lovers — whether decked out in business clothes or rave-wear, everyone was lost in Middleton and Smith’s hypnotic tracks.

Each song flowed into the next, which kept everyone dancing for the whole set. The DJs switched seamlessly between club tracks, melodic beats with blood pumping drops, and funky mixes with political innuendos. The screen behind them played a video of current events, hypnotic kaleidoscope patterns, political statements, and cartoons.

The Capital Ballroom buzzed with energy the whole night, as Santas grooved and festive reindeers rocked their antlers.

The remix album will feature collaborations with many different artists, including LIINKS, who also attended Funk The Halls. Lead singer of the group Georgia Murray jumped onstage and belted out ‘Say Something’ and as she sang, she danced along the edge of the stage and the whole front row leaned in, waiting for her to grab their hands.

Victoria-based singer Johnny Gr4ves also made a guest appearance later in the night. He sang Count Me In and the crowd went wild for the surprise rap performance.

The Capital Ballroom buzzed with energy the whole night, as Santas grooved and festive reindeers rocked their antlers. EDM aficionados and amateurs alike were basking in the beats and demanded a raucous encore when Middleton and Smith tried to leave the stage.

The Funk Hunters were happy to be back performing in their hometown for the second night in a row. “It’s so great to see new, smiling faces in the crowd tonight,” they shouted over the music.

The group began their North American tour in November. Funk The Halls night two was their third stop on the tour that will end in Indiana in February 2019. 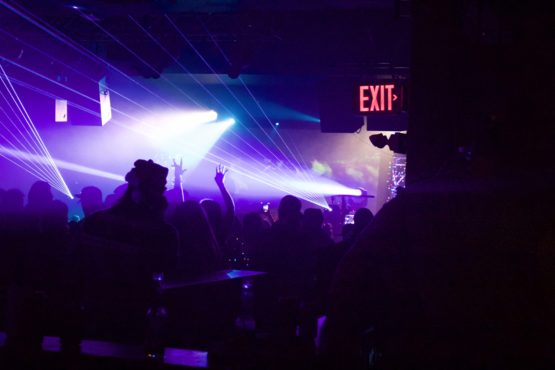 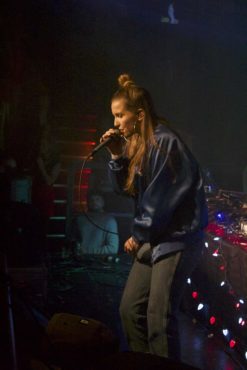 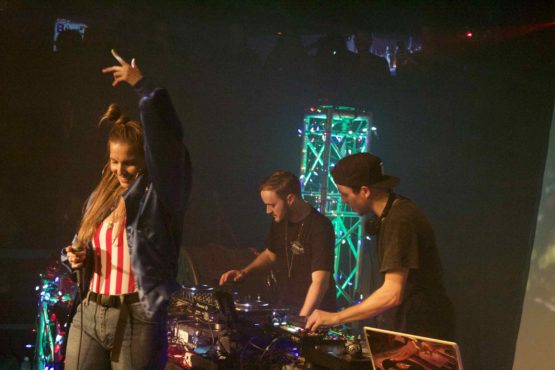 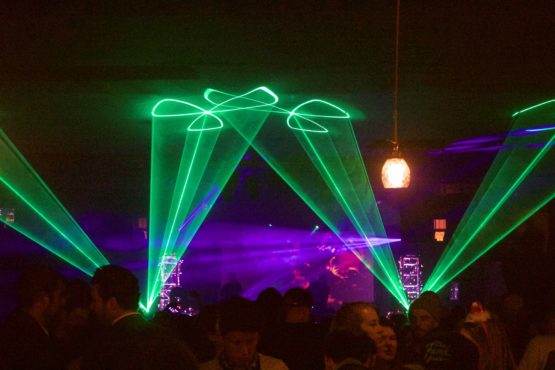 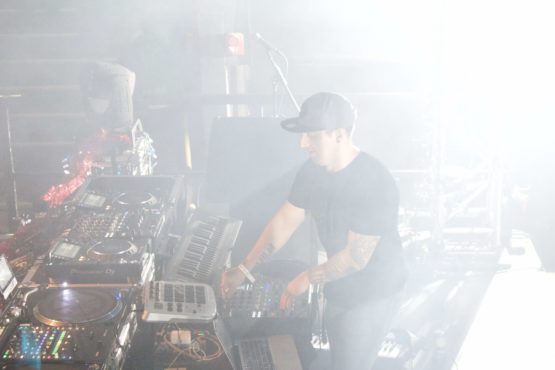