Music rags: An awkward date with a teen pop idol 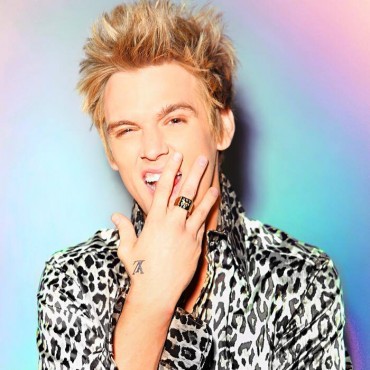 When my associates discovered the impending Aaron Carter show at 9one9 here in Victoria, I was inundated with requests to try to arrange an interview. How could I pass up the chance to talk the precocious youngster who spent the late 90s winning over the hearts of pre-teen girls, defeated the great Shaquille O’Neal in a game of one-on-one basketball, and later entertained my mom during a successful run on the hit show Dancing with the Stars?

Unfortunately, this guy doesn’t make entertainment for me, simply put. I am not his demographic in any way, shape or form. He’s younger than me and makes music for people younger than him. How am I supposed to connect with it? Like any self-respecting teenage music fan, I spent my time criticizing over-produced pop music that seemingly appealed to no one, but I grew out of that. I realized that some art is made for people who are not me.

I took to the Internet and began researching what I could about Aaron Carter. What I discovered was a kid pushed into stardom by parents and a crooked manager who bilked him for most of the cash he made; a kid who got hooked on Xanax but beat the addiction, turned his life around and headed back down the path of stardom. Ah, I thought, this wasn’t going to be so bad at all. Surely he has an interesting story to tell and some deep thoughts on the nature of celebrity, being a young star and living such a public life.

Turns out I was wrong.

“I’ve just come to the conclusion that I’m never going to have that kind of private life so I just do me. If it gets out there it gets out there and if people want to talk about it I just kind of have to let it happen. What am I going to do? I mean, I can’t really stop them.”

What? I’m fairly certain you can. There are so many famous people, so many, whose lives are not in the tabloids. It just takes effort on the part of you and the people around you.

Carter apparently had no interest in dispelling the myth in our collective head that those who appear to be living a superficial life actually have way more going on than we give them credit for. Over the many interviews I’ve done, I have discovered that eight or nine questions are usually enough to keep a conversation going for 12 to 15 minutes; Mr. Carter blew through my questions in a mere seven.

The hit parade marched on as he continually shocked me with his brevity. “Elaborate” didn’t appear to be part of his vocabulary. On preparation and rehearsal for his upcoming 50-plus date North American tour: “I’m always so ready and prepared to do different kinds of shows, so I’m always ready to just go. There’s not much rehearsal involved at all.” On playing songs that he sang as a very young man: “I think it’s fun actually. It’s cool. The fans love it.”

As the conversation stumbled I—a huge fan of breakfast—threw up a Hail Mary and tried to find some common ground, asking him what his favourite food was to enjoy in the morning hours. There was a pause.

“I got a hole in my cheek, sorry  . . . McGriddle. The sandwich that should probably kill you.”

He didn’t seem to want to engage in any kind of give-and-take, but he did audibly change his tone when talking about his fans, who he sincerely seems to care about. “I love meeting new people and catching up with fans that haven’t seen me in a long time. It’s interesting. It’s cool meeting the fans because they never know what to expect. I gave up all my childhood, all my teenage years and now my adult life to performing. It’s always been dedicated to making people happy. If I make them happy, I’m happy.” It was the one thing he seemed to want to expand upon, and it’s an admirable quality in a performer, even if there wasn’t a whole lot else.