In 2008 Barack Obama was elected President of the United States to much fanfare by people desperate for a change. Over the four ensuing years of his first-term of presidency, many of the same people became disillusioned due to the lack of change they believed they swept into office. 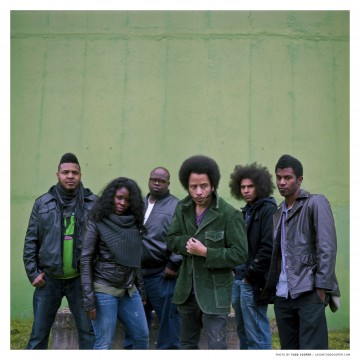 It’s become easy to question the role of Presidential Politics in the U.S. (indeed, of federal politics in Canada, as well). The importance of these large-scale politics was one of the questions I posed to Boots Riley, frontman of legendary Oakland political hip-hop group, The Coup, as we chatted on the phone a mere two nights before the US general election on November 6.

“The truth is that every single thing in life matters. So, I won’t say it doesn’t matter because it has to do with what people are thinking and how, or whether or not, they think change can be made,” said Riley, speaking to me from Switzerland where The Coup was scheduled to perform that night.

Riley’s experience as a community organizer and member of the communist-bent Progressive Labor Party has taught him that change comes from much more than simply checking a name on a ballot. “The truth is, if you have a radical mass, direct action, militant labour movement that can shut things down at points of production and points of sale to stop profit, you can make any politician do whatever you want them to do,” adds Riley. “Without a movement like that you could elect Ché Guevara [and] he would capitulate to the capitalists or he would leave the job.”

As we’ve watched revolutions in other parts of the world (Egypt, Tunisia, Libya, Québec) the role of social media looms large, but Riley warns not to rely too heavily on these tools in our own struggles for change. “I think that social media is important, but we have to be aware the algorithms of what comes up on your Facebook are very much guided by mainstream media. If something comes on the 5 o’clock news across the country and then they talk about it, it shows up at the top of your timeline or twitter or whatever. Then it seems like it’s coming from the community but it’s guided by [the media].”

While that may sound dismissive of social media as a tool of revolution, Riley is anything but dismissive. “I think we need a combination of social media and actual, real-world visual media. Like taking over billboards, putting up posters and things like that, that people see in the real world and on social media to counteract what’s going on.”

With a large portion of the populace seeming sleepy, and a media empire that works for governments and business instead of for the people, the steps toward change can seem impossibly steep and insurmountable. But no matter who you are or where you come from there is power in numbers, in community. Boots Riley sums it up succinctly: “You are exactly what the movement needs right now.”