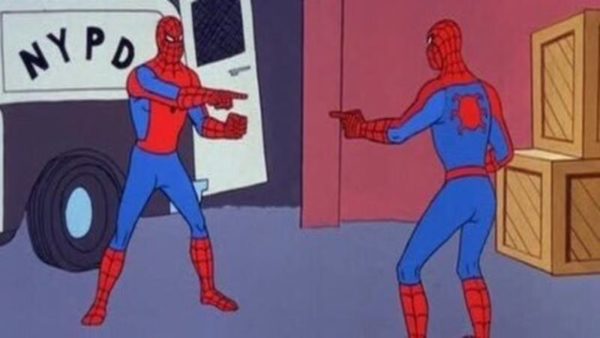 When you find your name twin at UVic

My name is Sarah Mayer. The year I was born, Sarah was the fourth most popular female name according to BabyCenter. I am the butt of every white girl joke, many memes across the internet (insert that Zachary Piona vine here), and so many textbook examples. Growing up, I somehow only knew one other Sarah — until I came to UVic.

Upon joining pages such as “UVic 2020” and “My First Year at UVic,” I began meeting other Sarah’s rapidly. At one point, I was in a group chat with eight other Sarah’s, and no one could tell us apart.

As my time at UVic went on, I made my own friends, none of which were named Sarah. Then, at the beginning of September 2017, I received a text I will never forget: “Hey! Did you know you’re not the only Sarah Mayer at UVic?”

I gasped. Sure, my name has about 20 million Google results, but I never thought I’d cross paths with one of my /actual/ name twins.

I quickly looked her up on Facebook, and with help from my friend who had met her, I confirmed that there are indeed two of us at UVic.

Now, I still have not become best friends with this girl. I reached out to her for a comment, which felt kind of weird. (“Hey! My name is also Sarah Mayer, can I ask you a few questions?” in my mind is a strange way to meet someone.)

“I was close friends with a Sarah when I was twelve,” Sarah said. “But I haven’t had any really good friends named Sarah since then.”

My challenge really isn’t sharing a name with another person. The challenge with sharing my name with someone is the complications that arise at UVic.

Every appointment, co-op meeting, or exam, I have to make sure they know what my V number is. If not, I am sometimes mistaken for the other Sarah Mayer. If we do ever become friends, I’d love to do some Freaky Friday thing where we swapped places for a day. Don’t know how well that would go over in university, but I think it would be fun.

Someone with the opposite of my experience is my friend Aivy Hochfilzer. Aivy is the only Aivy Hochfilzer that either of us can find in the world. When you Google her name, there are only 329 results. Total. On Google. As far as I can tell, every single result links back to her.

“I don’t really think about it,” Aivy said. A statement I wish I could make.

Being the only person by one name in the world would be cool, but I have the advantage of blaming things on the other Sarah Mayer’s in existence. That stupid Vine? It wasn’t me, I swear.

Overall, I’m not heartbroken about not being the only Sarah Mayer. I have a nice, easy-to-understand name, and I can always make the joke that I am related to John Mayer (he’s my brother, didn’t you know?). 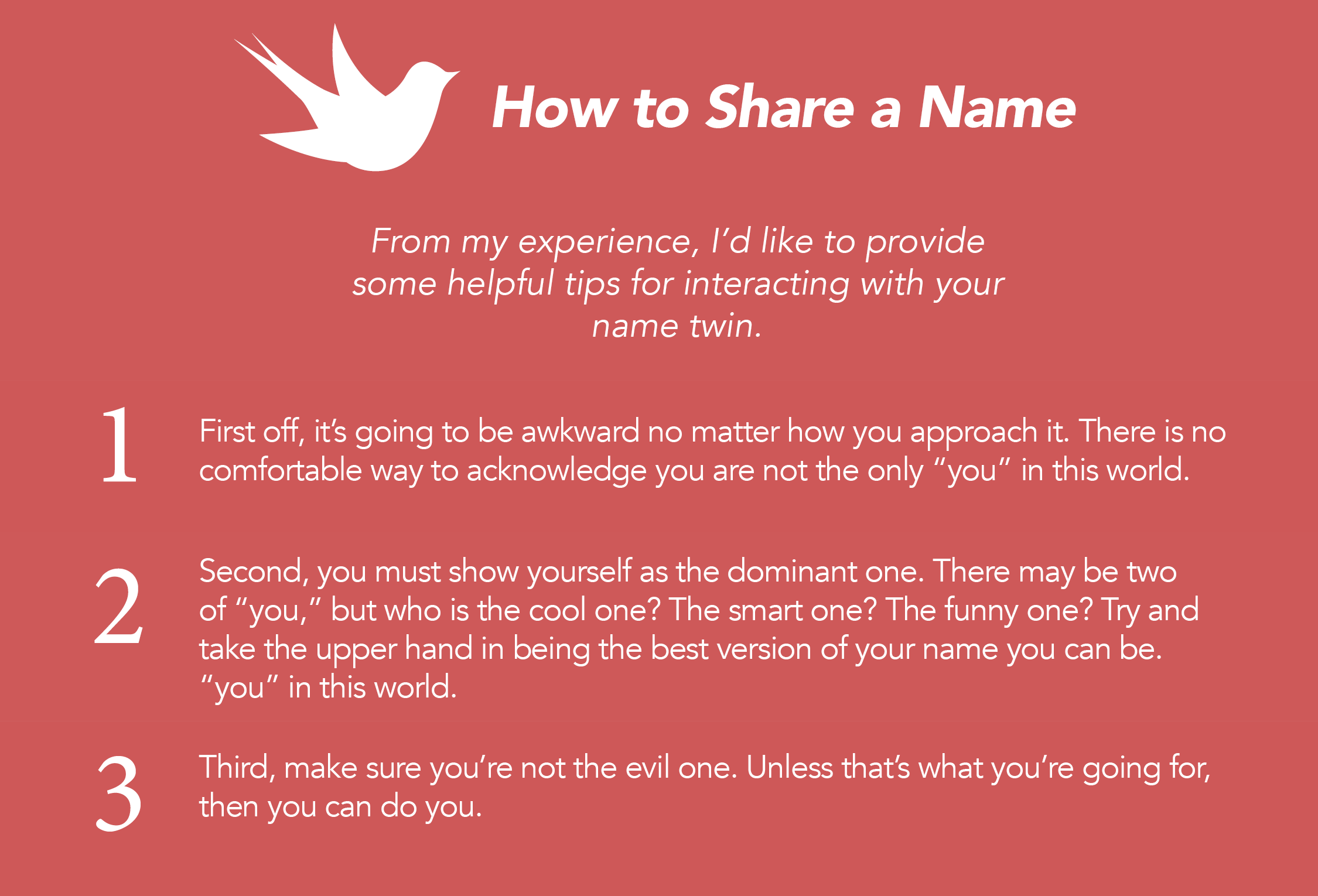