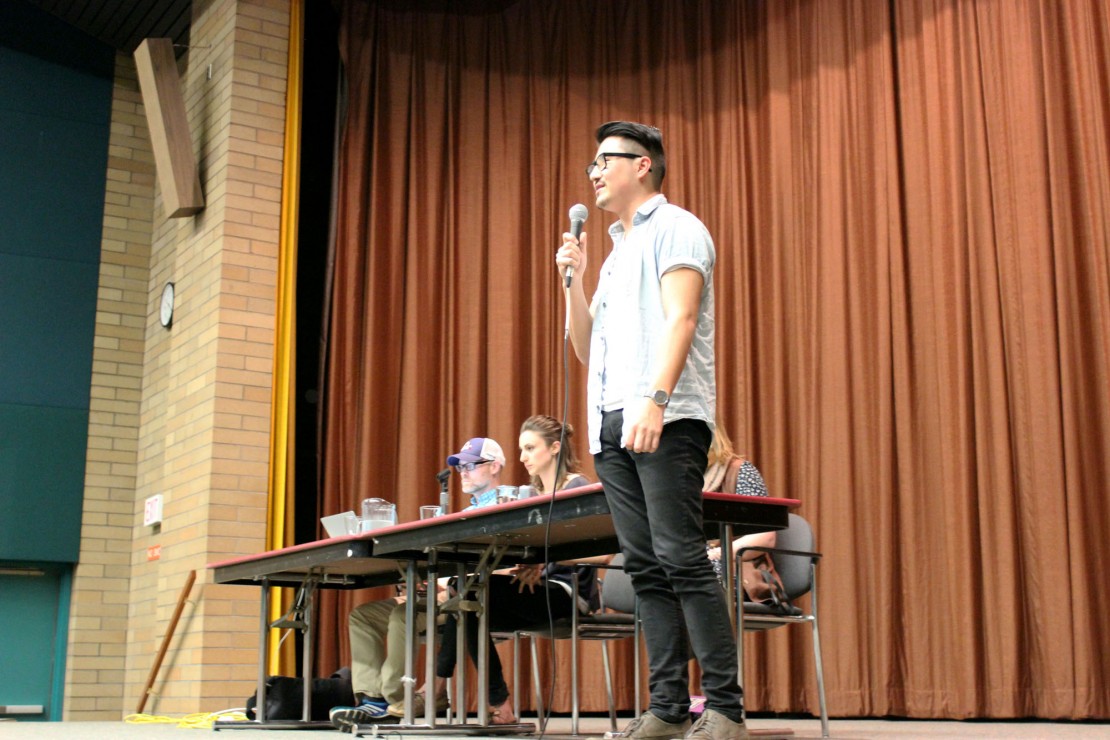 While most students were preoccupied with final exams and assignments, or just content to lie in the afternoon sun, enough of them made it to the UVSS Special General Meeting (SGM) on Thursday, March 31 to ensure that the 106-student quorum was met.

There was concern that the meeting would be a bust, what with the previous Semi-Annual General Meeting failing to make quorum, and the SGM taking place smack in the middle of the busiest time of year.

Lo and behold, the meeting was called to order at 4:20 p.m., with outgoing UVSS Chairperson Brontë  Renwick-Shields confirming that they had achieved quorum. (Renwick-Shields told the Martlet that 132 attended the meeting, though UVSS General Manager Dale Robertson said there were 140 at its peak.)

One of the key special resolutions was a motion to amend Bylaw 22 so that the Native Students Union (NSU) could be incorporated under the Society Act. Another amendment clarified terms of the NSU’s membership, striking and replacing Bylaw 22.2 to read that membership shall comprise “any person who successfully meets the membership qualifications” as set out by the NSU.

With no discussion, the motion passed without a single vote cast in opposition.

The third and final motion included amendments to Issues Policy Part B, including: revising “Homophobia & Transphobia” to “Homoantagonism & Transantagonism”; ratifying the UVSS’s support for a designated constituency group office “for students of marginalized gender identities, and romantic and sexual orientations”; and supporting equal priority in rental units for “all couples and individuals” regardless of gender identity and expression, and romantic and sexual orientation. That motion passed.

With no announcements from the board, and no scheduled question period, the meeting was adjourned just ten minutes after it started — a meeting far more effective than the AGM previous, and proof that when people show up, stuff gets done, and gets done fast.