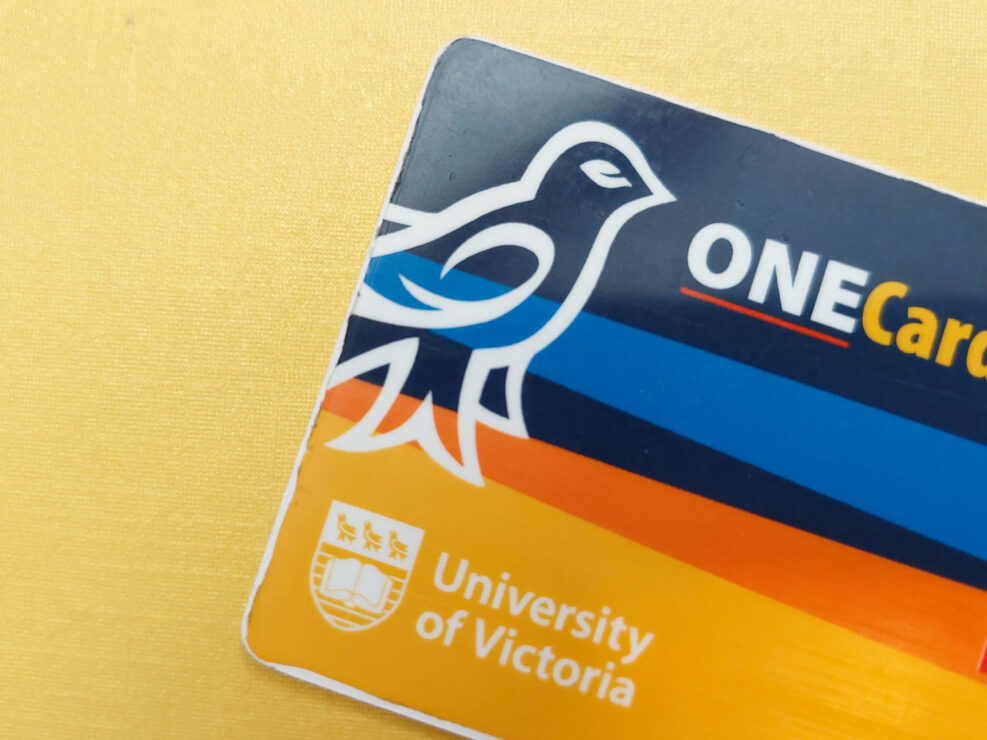 In November 2021, the University of Victoria began reimbursing students who wanted to update their ONECards to reflect a change in name for their gender identity. This news was a huge win for two-spirit, trans, non-binary, and gender non-conforming students, but the cost-free option wasn’t available for other students on campus who wanted to update their names for a different reason.

“We emailed almost immediately after [the announcement] asking, ‘can traditional names be included in this,'” said Peter Underwood, the coordinator for the Native Student Union (NSU). “Ultimately it was no.”

While the NSU initially liaised with the ONECard office to advocate for Indigenous students who wanted to update their card, they eventually decided to approve a program to start reimbursing the cost themselves rather than go through the university. Only after the NSU announced their plans did UVic resolve to start covering the $20 fee for Indigenous students.

“To honour our commitment to diversity and de-colonizing our campus, we are also honouring name changes for Indigenous students and covering the costs of their replacement ONECards,” wrote Marilyn Cossaro, the ONECard manager, in a statement sent to the Martlet. “This includes students, staff, and faculty who self-identify as Indigenous as part of the admissions and hiring process.”

Currently, the B.C. government allows residential school survivors and their family members, along with those affected by the Sixties Scoop, to legally change their name with almost all of the associated fees covered. This cost-waving initiative was one of the recommendations made by the Truth and Reconciliation Commission to help Indigenous peoples reclaim their names that were changed by residential schools.

Underwood said he was glad that the NSU’s advocacy efforts were able to make this option available for Indigenous students at UVic.

“It’s definitely a big relief,” said Underwood. “It probably shouldn’t be this exciting; it should have just happened. But it’s great to know that we don’t have to be providing this service and that [the university] can just cover that for students that are seeking to update all of their IDs under a reclamation of their traditional names.”

One problem that remains for students wanting to update their information at UVic is that the university’s current system for ONECards does not allow for special characters to be used. This means that some traditional names can’t be properly spelt even if the name is updated.

“We have been asking our ONECard technology vendor to add special characters in the naming field for years; however, there are limitations to the current software and hardware capabilities across all campus installations in North America,” wrote Cossaro. “We will continue to advocate for these improvements at all opportunities.”

To update their cards, current Indigenous students, staff, and faculty have to update their preferred name in their records 24 hours before ordering a new card. The new cost-free card will have the updated name and will only be issued once. If that card becomes damaged or lost the user will be responsible for the $20 replacement cost of a new one. Incoming Indigenous students can register their preferred name and have that reflected on their first issued ONECard.

“I think it’s inspirational that some of our initiatives have made some tangible change on campus,” said Underwood.