Out with the old

EDITORIAL: Why John has to go 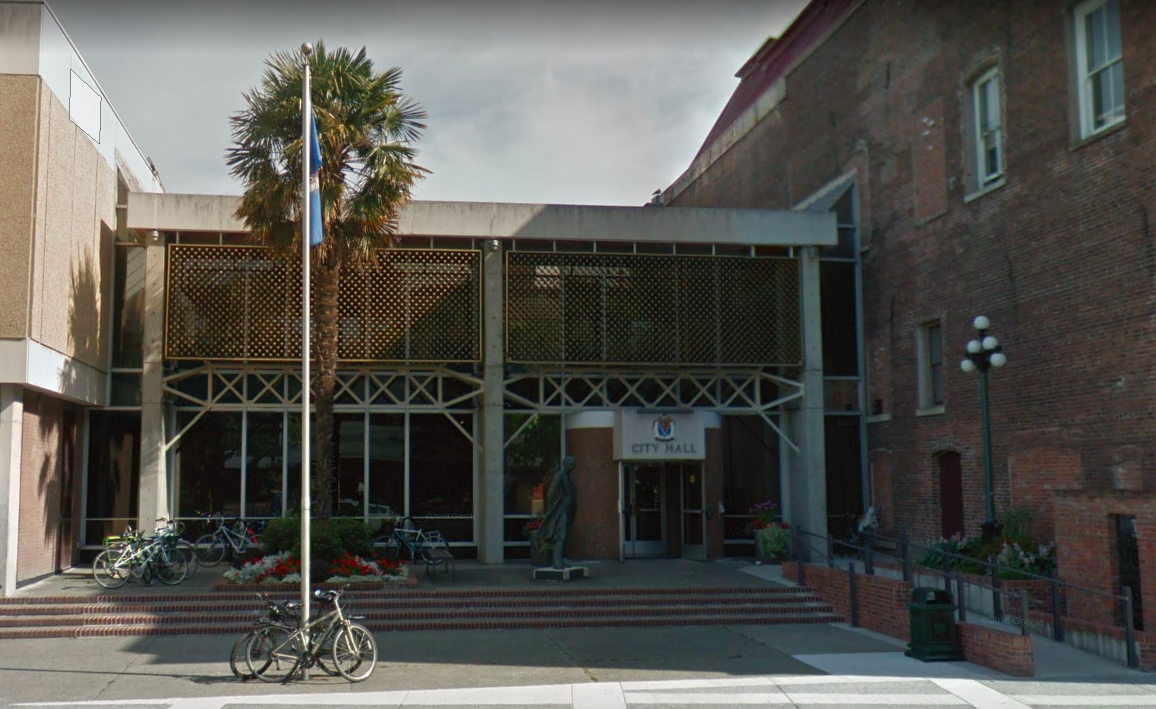 The front of Victoria’s City Hall, with John A Macdonald’s statue. Photo via Google Maps

The question: should we rename public monuments/institutions named after problematic people?

For anyone who hasn’t been living under a rock (or deliberately hiding from the daily disaster that is the news), the debate surrounding memorials for harmful colonial historical figures has been raging in the United States for a number of weeks (if not months) now.

That debate has since come to Canada and even to Victoria, with concerns being raised about an Ontario school named after former Canadian Prime Minister John A Macdonald and a statue of Macdonald outside Victoria’s City Hall.

To us, this issue seems pretty cut and dry: if a statue is memorializing someone harmful— who endorsed and facilitated violence, discrimination, and hate— then that statue should be taken down. At the very least, plaques should be re-written to accurately portray historical ‘heroes’ as who they actually were.

But debate continues. In a Times Colonist article about the Macdonald statue, Kerry Krich, a teacher at Vic High, spoke to the compromise he believes has to happen.

“We can’t just abolish and dismiss our history,” Krich told the TC, “but I think we have to be thoughtful about what icons we look at and admire.”

The argument that we ‘erase’ or ‘dismiss’ history by removing these types of monuments is lacking. These people still exist in museums, in history books, and in school curricula. We haven’t forgotten the historical role played by Joseph Trutch, the Chief Commissioner of Land and Works in the nineteenth century and horrifying racist who took land from the Indigenous peoples who lived on it, who, until recently, claimed a UVic residence building as a namesake. With that in mind, we’re not going to forget about Macdonald because his statue is no longer in front of city hall.

The idea of compromising by placing a plaque by the statue explaining the criticism of Macdonald is a poor solution. It does little to counter this idolizing.

And that’s because nobody learns by looking at a statue — they idolize. Surely nobody would disagree that Macdonald is not beyond criticism, but casting a figure in metal doesn’t do much to encourage nuanced debate.

The idea of compromising by placing a plaque by the statue explaining the criticism of Macdonald is a poor solution. It does little to counter this idolizing.

We don’t want to erase history; in fact, we advocate for talking about Macdonald more. He should be introduced in Social Studies classes, and students should learn about the country he helped shape. Students should also learn about his abhorrent racism, the residential school system he helped create, and the cultural genocide that came with it.

Students should know that his racism isn’t acceptable now, just as it wasn’t accepted at the time . Several editorial cartoons from the time criticized Macdonald for his attitudes towards Indigenous peoples in Canada; criticism he would have likely avoided if his attitudes were ‘typical of his era’ (which is another argument used to justify historical racism, but spoilers: just because the majority of white people were racist when John was prime minister does not make that okay! Remember here that residential schools were considered a reasonable things to do by the Canadian state. That did not make it okay!

In a CBC opinion piece, professor Patrice Dutil argued that calling Macdonald a participant in genocide was to draw comparisons with Hitler and Stalin; an unfair comparison, Dutil wrote. While he may have committed some wrong-doings, Dutil argued, they weren’t that severe as say, those of Hitler. Again, that doesn’t save Macdonald from judgement. A man who has killed one person is still a murderer, even compared to another murderer who has killed thousands more.

At the end of the day, learning is an ongoing process. After all, a statue of Mahatma Gandhi is set to be removed from a university campus in Ghana where students and faculty protested Gandhi’s notoriously racist attitudes.

This directly parallels our John problem: historical figures are idealized (and their harmful behaviours are ignored due to their significant historical contributions). Statues are erected. We are taught to be proud of history’s forefathers. Then discussions happen, and people learn about how violent or otherwise hurtful these figures were.

So, what’s the logical next step? Leave these statues up so they continue to be idolized? Or take them down, and educate ourselves on the nuance of Canada’s colonial history?

The decision really shouldn’t be that hard.