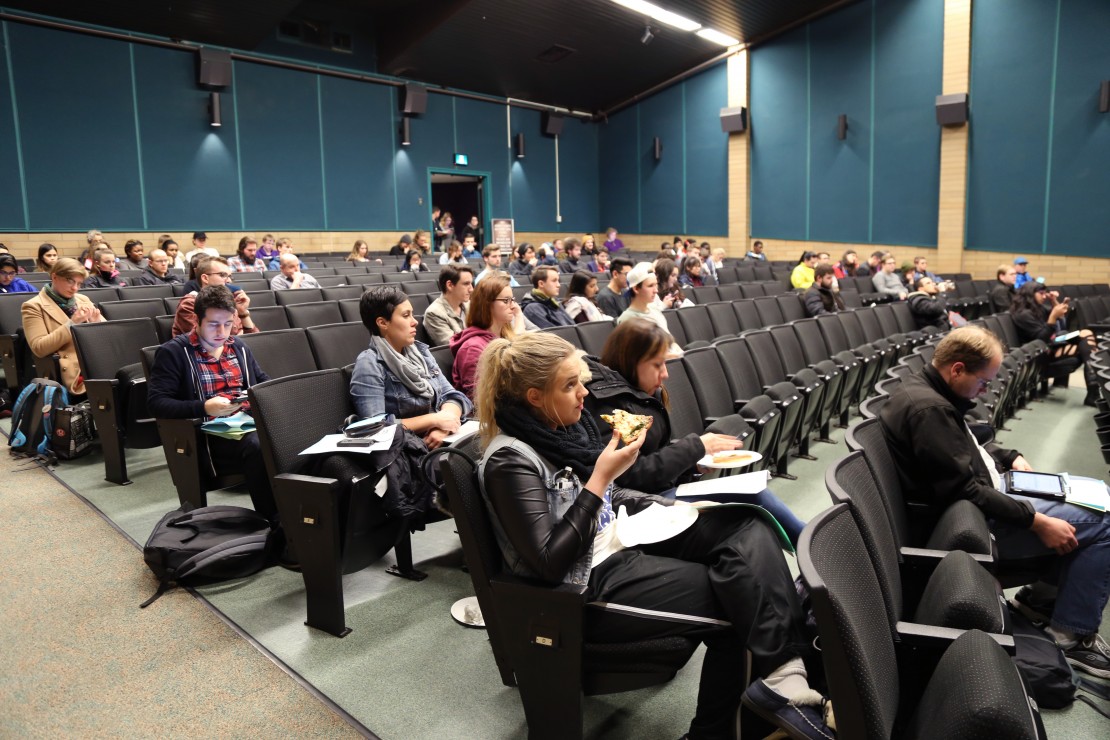 The UVSS semi-annual general meeting (SAGM) came and went with little fanfare after failing to meet quorum on Thursday, Feb. 2.

For the membership to vote on any resolutions amending UVSS policy, 109 students needed to attend the meeting, which was held in Cinecenta. But only approximately 80 students showed up, forcing the meeting to proceed with a limited agenda which included board reports and question period.

Without a controversial motion to draw members, like the resolution to add Hempology 101 to the list of UVSS constituency groups last fall, and with general meetings often failing to meet quorum anyway, the prospects of this meeting making quorum were slim.

At 3:25 p.m., 25 minutes after the meeting was supposed to start, interim Director of Outreach and University Relations Alysha Flipse informed the audience that the meeting was ten people away from quorum. But at 3:30, the meeting was called to order. 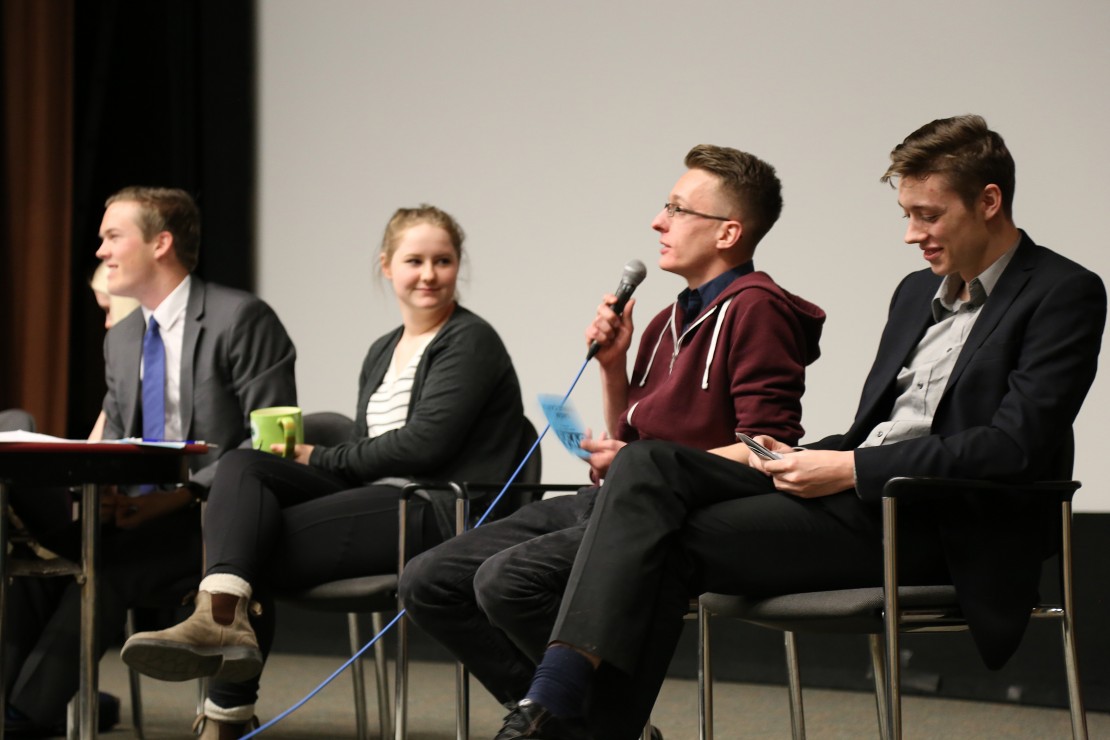 The UVSS executive took turns recapping the year so far in their reports, with Flipse starting off. Of note was Flipse’s mention of electoral policy amendments that were made last semester. The amendments included revising the role of campaign managers, and increasing the candidate’s personal spending limits, and minor changes to the election timeframe.

The goal of those amendments, said Flipse, was to make elections “more fair and more fun” for students.

Also of note was Director of Finance and Operations Kevin Tupper’s rundown of the society’s December financial statements. Based on those statements, Tupper said it was safe to say the society would achieve an annual surplus, the first since the 2013-2014 financial year. “That’s really exciting news,” he said.

Tupper said that throughout the board’s term, they’ve been looking at establishing better non-profit management policies to ensure they can support the SUB’s operations. He said this year was about “looking internally” and seeing how UVSS “could be better.”

Jordan Quitzau, director of events, avoided any mention of last December’s Vancouver Island Public Interest Research Group (VIPIRG) controversy, in which he proposed a motion that would reallocate the levy fee VIPIRG currently receives to other SUB groups, and opted to stick to a recap of the year’s events so far, and how to improve them in the future.

“Last thing I’ve been working on, that we’ve all been working on, is creating more accessible and safer events,” Quitzau said. He mentioned the development of an accessibility checklist for all future UVSS-hosted events, saying it’s “always something to improve on.”

Maxwell Nicholson, director of campaigns and community relations, and Emma Kinakin, director of student affairs, both said it’s been a positive year for their portfolios. Nicholson specifically mentioned the social media response to the UVSS #TextbookBroke campaign as a promising sign of greater awareness around rising textbook costs.

Kinakin, who sits on the Sexualized Violence Policy Working Group as the UVSS rep, reminded attendees that a draft policy would be released the following week, and encouraged everyone to offer their thoughts during the feedback period. [Ed. note: That draft policy is now available for review here.]

The issue of quorum came up again during question period, with one student saying she’s only ever seen a meeting reach quorum once during her five years at UVic. While general meetings have in fact reached quorum four times since October 2012, the board agreed that it’s always been tough to get students engaged.

Flipse said that any students who have ideas for how to encourage participation in the democratic process are welcome to attend UVSS member outreach committee meetings, which take place every second Thursday at 11:30 a.m.