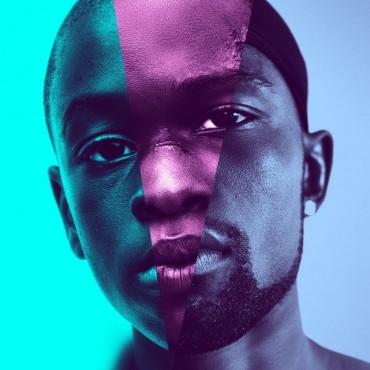 Photo via Plan B Entertainment

Masculinity is a performance, and especially in the pressure cooker realities of rough communities, it can be deeply toxic and harmful. Stand, walk, run a certain way, don’t make certain faces, don’t say it like that, don’t smile, stand up and fight, never cry. Reject weakness, don’t be a fag, don’t be a bitch, a pussy, a woman, girly, for those are things that are lesser.

Moonlight, a film directed by Barry Jenkins, is a thoughtful depiction of masculinity and identity-formation as told through three chapters of the life of Chiron—played by Alex Hibbert as a child, Ashton Sanders as a teen, and Trevante Rhodes as an adult. Chiron is a gay black man, a role in society that intersects upbringing in impoverished neighbourhoods, a toxic sense of machismo, and emotional vulnerability. In each chapter, Chiron expresses these conflicts so that even as a muscle-bound grown man, his vulnerability threatens to implode into a painful reticence.

The most striking part of the film is its first chapter. Juan, a drug dealer, finds young Chiron hiding from his bullies in an abandoned building. Painfully quiet, Chiron, or ‘Little’ as he’s called, quickly finds a father figure in Juan. Played by Mahershala Ali, his

performance deserves perhaps the lion’s share of praise, next to the three actors who play Chiron. Juan fosters the boy with the help of his loving girlfriend, Teresa, played by Janelle Monae. Both characters pity Chiron’s home life with his addict mother, Paula (Naomie Harris).

Paula, who senses her son is different, is an addict first, and a bigot second. The character goes from loving mother to fiending monster in seconds, praising her son in one breath and demanding money the next. In one scene, she confronts Juan about his relationship with her son, and scolds him, “You gonna tell him why the other boys kick his ass all the time?”

The strongest factors in forming someone’s identity are invariably parental figures. And while Harris’s arc is secondary to that of her son’s, it’s not impossible to think she’s one of many hurling homophobic abuse his way.

Ali’s performance as Juan depicts a world-weary survivor, both compassionate and conflicted, facing the outcomes of his line of work on his community. During one poignant scene at the dinner table with Juan, Chiron, and Teresa, Juan is asked by nine-year-old Chiron what a “faggot” is, and Juan’s answer is that it’s a word used to hurt gay people. The way the camera lingers on Juan’s expression exquisitely captures the film’s central conflict and the strength of the bonds between characters.

Moonlight weaves themes of toxic masculinity and homophobia throughout, capturing a deeply pained life and expressing it beautifully through score sequences. The reality, especially in impoverished communities where survival is the only game, is that toughness and masculinity continue to be self-harming. Outward differences — looking weak, ‘faggy,’ feminine—are nails begging to be hammered down by the BS standards of what a man ought to be, ought to do, and ought to say.

Grown up, Chiron is a handsome, muscular man, bedecked in gold jewellery and teeth, a spitting image of the father figure both he and the audience were robbed of too early. After going to prison, he becomes a drug dealer, which demands a hyper- machismo personification of the tough guy. Essentially, Chiron is buries who he is in order to be the person he believes the world demands of him.

But never far from the surface is the quavering vulnerability that threatens to unravel his masculinity performance. The audience gets glimpses of these moments as Chiron reconnects with the boy from his past with whom he shared a sexual experience.

If you’re like me, you want movies to affect other people as much as they affect you. Sometimes though, a film depicts humanity so well that you want it to provoke growth in the viewer. That’s how I felt watching Moonlight. It is a film that should be seen as a reminder that films can provoke empathy and learning in ways that textbooks cannot.