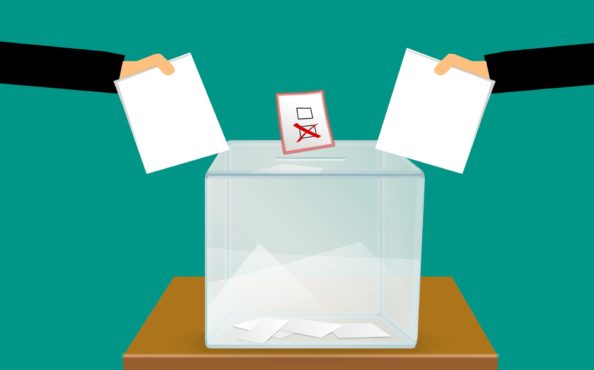 The referendum to decide on changing B.C.’s electoral system is coming up on Oct. 22. With opinions bombarding us from all sides, it was time to talk to an expert. The following is a truncated version of an interview with Daniel Westlake, UVic professor of political science, who spoke on the subject of electoral reform and the pros and cons of different electoral systems.

But if you’re looking for a conclusion to be drawn about which choice to make, you’ve come to the wrong place. As was made clear in the interview, which system we choose is a personal choice depending on our own values and interpretations of democracy. The best thing to do is research the systems, how they affect what you care about, and make your decision based on that.

For more information on the different voting systems that will be listed on the ballot, visit the Elections B.C. website or check out our next issue on Oct. 4 for an overview of how our current voting system works and the three options for proportional representation.

Can you tell us your name and a bit about your credentials?

I’m Daniel Westlake. I study multiculturalism and political parties. In my dissertation, I was looking at the incentives political parties have to respond to ethnic minorities, and it turns out electoral systems influence that.

Why should we care about this issue?

Three major reasons: the first is it influences the strength of different parties in Parliament. So, whether a party gets a majority of seats in parliament and gets essentially to do what it wants without negotiating with other parties, or whether it gets a smaller share of seats, will depend upon the electoral system.

It also affects the way that parties work with each other and the way that they campaign. So parties’ incentives to speak and respond to particular voters will change based on the electoral system.

And the third reason [is] it’ll change the way the members of the Legislative Assembly in British Columbia, or the members of Parliament if we’re talking federally, interact with each other. There are certain aspects of the electoral system that allow for either more or less party discipline, that will allow parties to change the extent they can force their MPs or MLAs to do exactly what they want.

Generally speaking, what is proportional representation?

The general aim of a proportional system is to get it so the number of seats that a party has is equal to their [percentage of the] national vote. There are a whole bunch of different ways to do that. They’ll affect the extent to which you’ll have regional representation. They’ll affect the way that parties interact with each other.

Would you say in general [a proportional system] is better?

There are always trade-offs to be made, and it’s really hard to say that one is better than the other without thinking more carefully about what we value. Proportional representation will, as the name suggests, produce more proportional governments. That is to say that the amount of power, or the number of seats that a party has in parliament, will be closer to the percentage (of votes) they get.

Which [system between First-past-the-post and proportional representation] is more democratic?

This is a very hard question to answer, because it really depends on how you define ‘democratic’ and what’s important to making a democracy work.

If you think of democracy just in terms of how much of the vote each party has in parliament, then proportional systems, obviously, are going to give you a better reflection of what voters did on election day. That’s not the only thing we want to care about in a democracy [though].

The other values that we have to consider are things like: can you clearly hold a government accountable? Can you tell what the government did and who’s responsible for what policy? From that perspective, a system that produces a majority government like first-past-the-post does have an advantage democratically.

This interview has been condensed for clarity. To listen to the full interview, visit the In Layman’s Terms podcast.