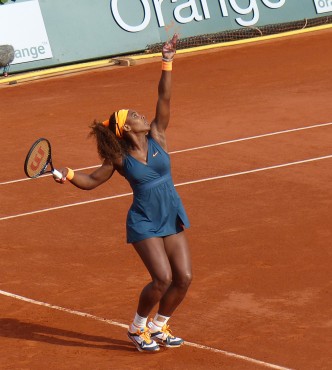 Editor’s note: This article originally ran in The Gauntlet, the University of Calgary’s student newspaper, on Nov. 24.

CALGARY­—­It’s an age-old question coaches and sports analysts have tried to answer for decades — why do athletes choke under pressure? Stars like Serena Williams and Ronda Rousey recently put forth underwhelming performances, bringing the issue to light. Closer to home, the University of Calgary Dinos football team found themselves wondering the same thing after bowing out in the Hardy Cup for the second straight year despite a record-breaking regular season.

When athletes perform, two factors dictate the outcome of success. The first is preparation, which includes strategy and consistency in training, and results in the physical readiness to come up with a great performance. The second is the ability to perform. More often than not, the ability to pull out a win on the day of competition is decided by the mental state of an athlete or team.

It’s a skill that exists separately from one’s physical prowess. History is full of names who could have dominated their respective sports, but fell short when it mattered most.

The Dinos football team felt a similar sting when their banner season ended far earlier than expected. Heading into the Canada West championship game with an undefeated record and some of the top offensive players in the CIS, the Dinos were dropped 34-26 by the University of British Columbia. The loss was a surprising one, considering the Dinos hadn’t simply won all of their games up to that point — they had put together the kind of historic season that pegged them as eventual CIS champs.

But it was the way the Dinos lost that truly stung. The club did themselves in with a plethora of ill-timed penalties and turnovers. When the final quarter concluded, it seemed the U of C club had simply been mentally outplayed by their opponents.

The same can be said for former champions Serena Williams and Ronda Rousey, who recently suffered a similar fate. The similarity between these two athletes lies in both their disappointing results and in the way their matches were built up by the media prior to competition.

Williams, a more experienced athlete, did a good job of ignoring the media hype surrounding her expected win at the 2015 U.S. Open. She entered the competition as the best female tennis player in the world, and was poised to win the tournament to complete the elusive Grand Slam — winning the Australian Open, French Open, Wimbledon and the U.S. Open in the same year.

But a disappointing loss to Roberta Vinci in the semifinals saw this dream go unfulfilled, leading to media buzz surrounding Williams’ preparation — attempting to analyze her pre-match habits to discover where she went wrong. But there was nothing to find. Williams’ competition preparation was as seemingly perfect as it always was. With no evidence of subpar preparation, analysts walked away scratching their heads, explaining the result as flaw in her mental game.

Rousey’s approach was entirely different, though that may be due
to the nature of her sport. While the UFC relies heavily on its fighters hyping their fights with emotional public displays, Rousey took it a step further, trashtalking opponent Holly Holm for weeks.

Already considered the most dominant athlete in the sport, the pressure continued to build for Rousey — until she was spectacularly knocked out in the bout’s second round, losing her championship belt. Some analysts argued that Rousey’s strategic preparation for the fight was lacking, but it’s hard to deny that her severe upset was partially the result of being mentally outplayed by her opponent.

In a 2008 study from the Journal of Sport & Exercise Psychology, researchers explored the effects of choking under pressure in soccer penalty shootouts. The shootout is one of the most high-pressure situations in sports, pitting player against goalie in a one-on-one, potentially game-deciding match of mental chess.

The study found notable psycho-logical connections between entering this high-pressure situation with either a negative or positive approach. Researchers argued that when entering a high-pressure situation, a biological fight or flight response is enabled. Athletes who approached this situation with a positive outlook scored more goals and performed better than those who approached them with avoidance behaviour — those more naturally inclined to flee or protect themselves. Those who had avoidance behaviour scored 30 per cent fewer goals, simply based on their psychological state when entering this high-stress situation.

That’s a powerful figure to account for when gauging performance. It means that the chances of failure can increase by up to 30 per cent simply because of psychological preparation.

With so much riding on the mental game, athletes must take the time to train themselves in this area of their sport as well, instead of focusing simply on physical readiness. Failing to do so could be costly, as mental preparation could very well be the deciding factor when a player steps up to the biggest moment of their career.