Recent seismic activity around Vancouver Island is “business as usual”

But the earthquakes serve as good reminder to be prepared 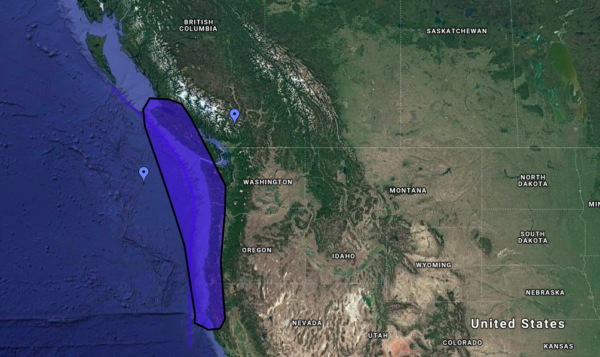 If you live on Vancouver Island, you’ll know we live in an active earthquake zone called the Cascadia Subduction Zone. The area gets over a thousand earthquakes per year, and most are small and insignificant.

On Oct. 21, three earthquakes occurred west of Port Alice, a town on northern Vancouver Island. Two of these measured 6.5 on the Richter scale, and the other 6.8.

Earthquakes of this size are considered  substantial. They are not megathrust earthquakes (‘the big one’ that is supposed to occur in the region every few hundred years), but they can still cause significant damage depending on the location of their epicentre.

Fortunately, these earthquakes occurred offshore, and because the shaking was from side to side—rather than up and down—there was no tsunami.

On Oct. 31, another earthquake occurred in the same area, measuring 4.9 on the Richter scale.

Does the number and magnitude of these earthquakes mean anything? According to Lucinda Leonard, assistant professor of Geophysics at UVic’s School of Earth and Ocean Sciences, no, not really.

The occurrence of these earthquakes is simply a good reminder that people need to be prepared.

“The number of earthquakes is not unusual for that region of the tectonic plate boundary offshore Vancouver Island — it is a very active area,” she says.

The magnitude, however, is somewhat unusual.

“Earthquakes of that size (up to magnitude 6.8) don’t occur very often, so they are unusual in that sense,” says Leonard.

Even so, she explains, earthquakes of that magnitude are not unprecedented in the region, and their occurence does not indicate anything other than what we already know: we live in a highly active seismic area of the world.

For Leonard, the occurrence of these earthquakes is simply a good reminder that people need to be prepared.

“An earthquake that size happening on or close to populated areas would have [had] a very different impact, causing a significant amount of damage,” she says.

“They are a good reminder that we live on an active plate boundary, and we need to prepare for damaging earthquakes much closer to populated regions — these earthquakes can be much larger, and may trigger large tsunami waves.”