RENT is one-hundred-and-fifty-minutes of expert performances

(And moments so dear) 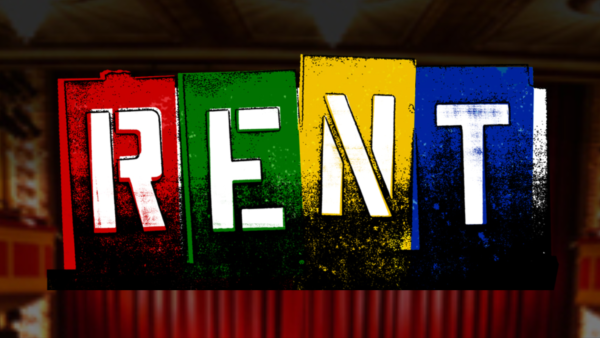 Victoria might not come to mind when you think of heaps of incredibly talented performers gathered together — that is, until you see RENT. The show’s entire cast is based in Victoria, and the local ensemble is packed with talent and brilliance.

Opening night on Nov. 23 was a sell-out show filled with loud laughter and applause from the audience that culminated in a thunderous standing ovation.

RENT is set in New York City in 1989 and was first performed in the early ’90s, but the subject matter is just as relevant to Victorians now as it was to New Yorkers then.

The beauty of RENT is that it tells the otherwise untold story of marginalized groups, and that’s something that is still very much needed in Victoria and beyond.

The musical was revolutionary at the time for bringing to light the hardships and injustices experienced by drug users and the LGBTQ2+ community during the 1980s HIV/AIDS epidemic. Though this crisis has waned, new issues plague society, and many have made their way to Victoria. Homelessness continues to be a crisis as tent cities are more prevalent than ever in British Columbia, and fentanyl has become one of the greatest killers of drug users in the opioid crisis.

The beauty of RENT is that it tells the otherwise untold story of marginalized groups, and that’s something that is still very much needed in Victoria and beyond.

But RENT is a tried and true classic, and it’s up to the cast and crew to give the story the justice it deserves. The VOS certainly did that, and in spades.

The entire cast and ensemble were extremely impressive, though honourable mentions go to Dan Comeau, who perfected the role of iconic Angel Dumott Schunard, and Sarah Newton as Maureen, whose performance of Over the Moon left the entire audience starstruck.

As with most musicals, the group numbers were consistently captivating, although in the case of RENT, the solos and duets were also strong.

The fact that the entire show is sung rather than spoken and is full of complex harmonies makes it challenging for performers. Comeau stole the show each time he took centre stage for a musical solo, while Rae Paxton (as Joanne Jefferson) and Sarah Newton’s duet of Take Me For What I Am took home gold for most-expertly-sung musical number.

As with most musicals, the group numbers were consistently captivating, although in the case of RENT, the solos and duets were also strong. Act II opened with Seasons of Love, which was, of course, a smash. Ensemble member Sasha Moriarty-Schieven deserves a special mention for her vocal range, which seemed to exceed what should be humanly possible.

Absence of mention is indicative of nothing less than the word limits of this piece, as there was no performer whose talents were sub-par. Indeed, the entire cast and ensemble were operating at such a high level, it is difficult to sift through and make any honourable mentions at all.

Aside from some semi-distracting yet minor microphone glitches that should be mended in future performances, there were no other issues. From the exceptional set and costumes to the expert orchestra who was in full view of the audience, it was clear that all parts of the musical — the production team, the crew, the orchestra, and the cast — were working together efficiently to ensure the show went smoothly.

The only advice for future audience members would be to use the facilities prior to the show or during intermission. Leaving during the performance itself — even for a moment — would be a travesty.

The Victoria Operatic Society’s production of RENT is playing at McPherson Playhouse until Dec. 2. Tickets can be found here.