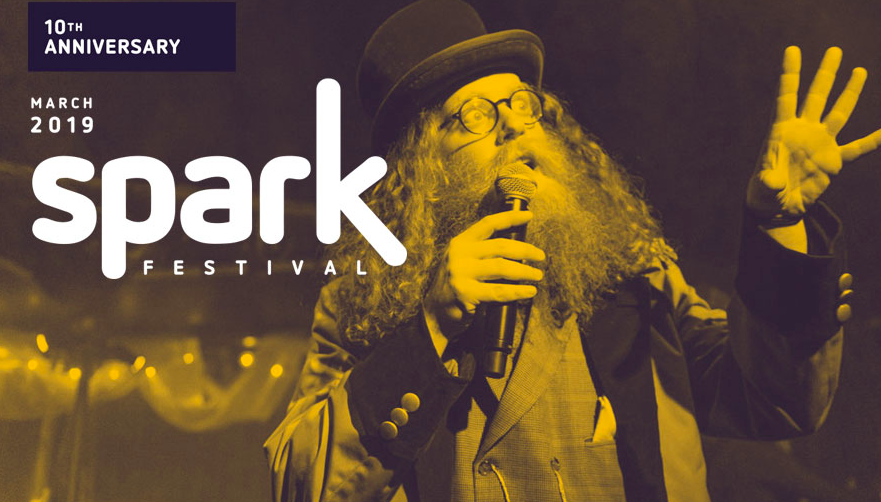 Comedy can be a powerful tool to start discussions on serious topics. In the one-man play, Good Morning Viet Mom!, part of the 10th annual Spark Festival at the Belfry Theatre, Franco Nguyen blends multiple styles of storytelling — comedy, drama, and documentary — to form a powerful depiction of his fraught relationship with his mother.

The play switches tones naturally and swiftly, sometimes using a comedic approach even while discussing challenging and heartbreaking situations such as racism and bullying. In a charged confrontation between him and his father, Nguyen starts with a knock-knock joke and ends by voicing his pain over his father’s absence, creating a stark juxtaposition between the comedy of the show and the underlying emotional pain.

The language barrier between Nguyen and his parents is a central theme in the play. His parents, born in Vietnam, met in a refugee camp in Malaysia before moving to Canada to raise a family. Both of them speak little English while Nguyen equally struggles in Vietnamese. Due to this barrier, his mother has asked him to translate important documents for her since he was in kindergarden, including, notably, an eviction notice. This pushes him to adopt a mature role early in life.

Nguyen makes memories feel fresh and intimate. Home-video-style clips of his trips to Vietnam with his mother add to this closeness. He witnesses and portrays his mother’s grief over his grandmother’s loss of memory and death. On one trip to Vietnam, he discovers the reverence with which his grandmother’s neighbourhood views his mother. Everywhere he goes in the town, he is recognized as her son.

In the end, Nguyen’s love and admiration for his mother is clear too. She is the strongest person he knows, with the tenacity to move to a foreign country without knowing the language, and to navigate divorce while surviving and raising kids as a single mother.

In Good Morning, Viet Mom!, Franco Nguyen tells a story of growing up as the son of Vietnamese immigrant parents in a moving and hilarious show with themes of family, miscommunication, loss, and love.