“I’m very sorry, we had to poster for a cat this morning,” said Lesli Steeves during our third call to finalize this interview. “What can I say? Cats and cars do not mix.”

In our next conversation, Steeves confirms the cat in question was found “safe and unhurt.”

Steeves is one of the nine volunteer administrators behind ROAM (Reuniting Owners and Animals Missing), an organization that works, as their acronym spells out (kind of), to reunite owners and missing pets. Based out of members’ respective homes across Victoria, this group of animal lovers works full-time hours to operate two phone lines around the clock.

“We are the largest physical group [of pet searchers] in Greater Victoria. We pride ourselves that we have such a large base of volunteers and can truly get ‘boots on the ground,’” wrote Steeves in an email to the Martlet.

“From the moment we are alerted [to] a lost or found pet, our admins begin to work behind the scenes to get the details necessary to post a pet to our website,” wrote Steeves.

“We also have a ‘chit’ or slip that we create [that’s] like a business card for the pet and with the help of volunteers, we hand them out in the neighbourhood — this has the pet’s photo and pertinent information on it,” wrote Steeves.

“We give advice and support to owners of lost pets to get a search started, or in the case of a found pet, we do our best to locate the owners. We alert volunteers in the areas where a pet goes missing and in many cases, we send our dedicated and proven search team out to try and locate the animal,” Steeves added. 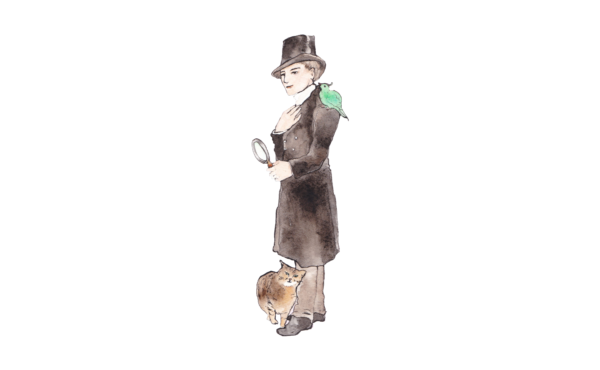 In addition to nine full-time administrators, ROAM has over 100 volunteers on their books.

“If an animal seems to be settling in one area, we may set up a feeding station and infrared motion ‘trail-cams’ followed by a humane, live trap. Setting a live trap involves a hundred per cent supervision — day and night — which we take part in, and organize with pet owners,” wrote Steeves.

This process can result in a multi-day stakeout where administrators and volunteers take shifts “living out of our vehicles for days until the pet is successfully and safely trapped,” explained Steeves.

In 2016, the B.C. SPCA (Society for the Prevention of Cruelty to Animals) reunited 3 692 animals with their owners, highlighting a need for alternative volunteer searching services, such as ROAM.

Although there are three government pet control agencies in Victoria — the Capital Regional District (CRD), Saanich Pound, and Victoria Animal Control Services — ROAM believes in the ‘more boots on the ground’ approach: “we do [what] we can to compliment their operations,” wrote Steeves. The most phone call enquiries ROAM has received in one day is 57.

There’s also a very real danger for animals that are not reunited with their owners immediately. The CRD website states that by law, an impounded animal can be put up for adoption if it is not claimed within 72 hours.

Thankfully, this was not the fate of ROAM’s Olive, who Steeves refers to as the organization’s “poster girl.” The silver schnauzer went missing on April 8th 2016 — the same month ROAM was launched. Olive was returned to her owners on July 15th — 98 days later.

ROAM distributed over 2000 posters of Olive, which garnered hundreds of phone calls of reported sightings all over Victoria. Olive was eventually trapped by a 25 by 25 foot drop net six days after it was set up.

“I could write forever about her,” wrote Steeves — as if she could afford the time. The day before this interview, ROAM was focused on the investigation of a “tiny” dog, Ali, who ran around Nanaimo for four days before his capture.

“That case in particular, because it was outside of Greater Victoria, was solved through [Facebook] private messenger,” said Steeves. “Our lead searcher, Terry, walked the missing dog’s owner, Marina, through the process . . . the next thing we heard Marina cry. ‘Got her!’”

Ali is the 1162nd animal returned home with ROAM’s assistance to date.

“We encourage owners to stay positive and calm,” Steeves wrote. “Every case is different and we learn from each one.”