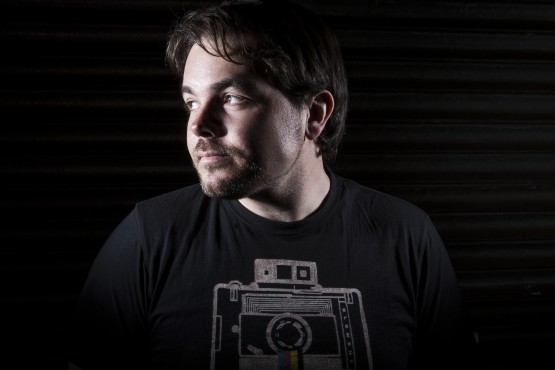 Lee Mintram, aka Featurecast, is more than just a breaks DJ. –Provided

EDM is, by its very nature, an incestuous genre of music created from the interbreeding of genre after genre and propagated by a generation with little to no musical allegiances. Few of the genre’s champions embody this idea better than Lee Mintram, better known as Featurecast.

Although he is regularly called a “breaks DJ,” he is a master of much more. His work is a constant reflection of his willingness to kick down aural boundaries.

“I’m a jack-of-all-trades for sure,” Mintram said in an email. “I get bored doing one style of music. It’s great [if] people know me for playing breaks music in a broad sense — which to me is anything with a breakbeat, really. I like drum and bass, hip-hop, trap, funk, dub! To be honest I’ll play any style if I like the feel and energy of a track. That’s what’s important to me.”

Not one to allow himself to be boxed in by people’s expectations, Featurecast can spin records with the best of them and has a seemingly endless proclivity for producing complete bangers.

“I started with DJing, then I gave it up to pursue production. But then I really missed DJing so bought some decks again,” said Mintram. “I love both really. There’s nothing like creating a piece of music from scratch and then being lucky enough to play it in a club and see the reactions from people! It’s great!”

Few reactions are more intense and encompassing than those Featurecast gets at Shambhala, where he’s become a beloved figure with his many past appearances. He recalls 2012 with a particular fondness.

“I remember getting to the festival and walking into the artists’ area while it was happy hour and bumping into lots of DJ friends, chatting and having a great time. Two hours later I was playing in Fractal Forest to an amazing crowd and incredible atmosphere. People really love the funk there! There aren’t many places like that.”

Building up a reputation as one of the premier party rockers on the beat today has its disadvantages though, especially for a serious music fan like Mintram. His mind is in constant motion when the music is on, gears turning and ripping each sound apart. “It’s my curse!”

“I can’t sit and just enjoy electronic music these days as I’m always listening to it in layers and over-thinking it. I guess that’s why I don’t listen to anything similar to what I do. I love listening to film soundtracks as, musically, that’s beyond my understanding so I can just sit back and enjoy it.”

But sitting back to enjoy is for home. This is Shambhala. This about energy, groove and funk. And let me reassure you all, my dear fun(k) seekers, there is no better person to trust with your party life than the mighty Featurecast.