Against, written by Kristen de Jager:

On Sept. 19, UVic students and faculty, among those at other post-secondary institutions across B.C., got the day off school to properly mourn Queen Elizabeth II of England. While this day off might have represented a nice gesture to the Royal Family in England, it feels like a slap in the face for UVic students.

The first inconvenience presented to UVic students by taking the day off to mourn the Queen is how this will impact exam schedules in the future. As of now, classes will continue until Dec. 6, instead of Dec. 5, and the exam period will run from Dec. 8–21. This shift in schedule means that students will now have to continue studying all the way up to Dec. 21 before participating in any holiday activities.

While the exam schedule likely feels like a big deal in many students’ eyes, what message is UVic sending to members of marginalized communities with this day off?

It is eerie that the day that we got off to mourn the Queen’s death was just 11 days before National Truth and Reconciliation Day, on Sept. 30.

UVic has claimed that one of their goals for the future is to foster respect and reconciliation, one of the main points being to “implement transformative programs to provide a welcoming, inclusive campus environment for all, and include the entire university community in Indigenous-engaged learning to promote mutual understanding and respect.”

Despite this, we are meant to mourn a Queen who has never apologized for the colonization of Canada, and the role that the Anglican Church has played in residential schools. In fact, the last residential school only closed in 1997, which was well into the Queen’s reign.

You can argue that we are a constitutional monarchy, which means that the Queen no longer rules over Canada. However, if she held no power over Canada and their relations, why do we get a whole day to mourn her?

There is also the fact that the treaties that Indigenous peoples signed were between Indigenous leaders and the Crown, not the Canadian government. So it hits a little harder that the Crown has yet to apologize for any role played in the atrocities committed against Indigenous groups in Canada.

Additionally, Queen Elizabeth II, and the rest of the Royal Family have never apologized for the monarchy’s role in the slave trade. When Prince William addressed the monarchy’s role in slavery, he mentioned it with “profound sorrow,” however, an actual public apology and moves for reparations have yet to be made, which speaks volumes to how the Crown represents adherence to white privilege.

So, while the majority of UVic students probably did not use their day off to watch the funeral for the Queen, the message from the provincial government and UVic is that we were meant to. In the process, UVic’s goal to become a place of reconciliation and welcoming for students who have been hurt by a corrupt system becomes unclear. This is heavily due to their support and mourning of a person that represents oppression in marginalized communities today.

But hey, at least her corgis were cute, right? 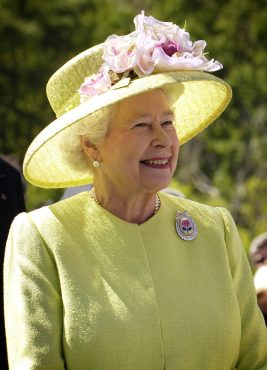 Photo by WikiImages via Pixabay.

For, written by Sajjan Sarai:

The National Day of Mourning on Sept. 19 was an occasion that Canadians should understand, and perhaps even support. The day off was meant to celebrate Queen Elizabeth II’s accomplishments and recognize her significance to Canada.

Her accomplishments pre-date her time as Queen, as she provided moral support and encouragement to youth via radio during World War II. She even joined the war effort at home, enlisting with the women’s Auxiliary Territorial Service. Moreover, she helped champion the Commonwealth movement, which saw member countries grow from 8 to 56, with the last four countries that joined having no historical link to the British Empire. Finally, Queen Elizabeth II was the longest serving British monarch, and second longest ever in the world.

The era that she represents went through considerable change and she adapted the monarchy to it. Queen Elizabeth II was the first British monarch to allow her coronation to be broadcast on television transnationally, and she was the first royal to ever send an email. She continually accepted modern technology during her reign. As for her significance with Canada specifically, she served as our head of state for over 60 years, and she approved The Constitution Act of 1982, which gave us the Canadian Charter of Rights and Freedoms. She also proclaimed our current flag and sponsored 36 Canadian charities. This is all to say that Canadians have a reason to accept this National Day of Mourning.

Either way, there is a responsibility for the British monarchy to address this horrific issue, and many would say that the Queen failed to do so during her tenure. Accompanying this, the resentment and pain that the British Empire created as a colonial power gives anyone who was affected a reason to question why we should honour such a figure by shutting down various parts of the country for the day.

But I still believe this day should have been taken to reflect on what the Queen meant to you. Whether it was good or bad, the Queen’s significance is undeniable. If you needed this day to mourn those who have suffered at the hands of the British monarchy, or to reflect on what you expect of the monarchy moving forward, then I would have agreed with your position.

The Canadian government included three Indigenous representatives in their delegation to attend the Queen’s funeral. These representatives expressed their condolences and each has their own take on what the passing of the Queen meant to them. The Assembly of First Nations has had several leaders speak on what the day of the funeral means to them, including a sense of “moving from being survivors to thrivers” and “the dawn of a new era based on Truth and Reconciliation.”

Thus, while it may seem easy for us to disregard this moment and disapprove of the day of mourning, it is important to understand how historically significant such an event is, and to have taken this day to reflect on what the Queen has done in her lifetime, as well as reflect on what the occasion may mean to all Canadians.