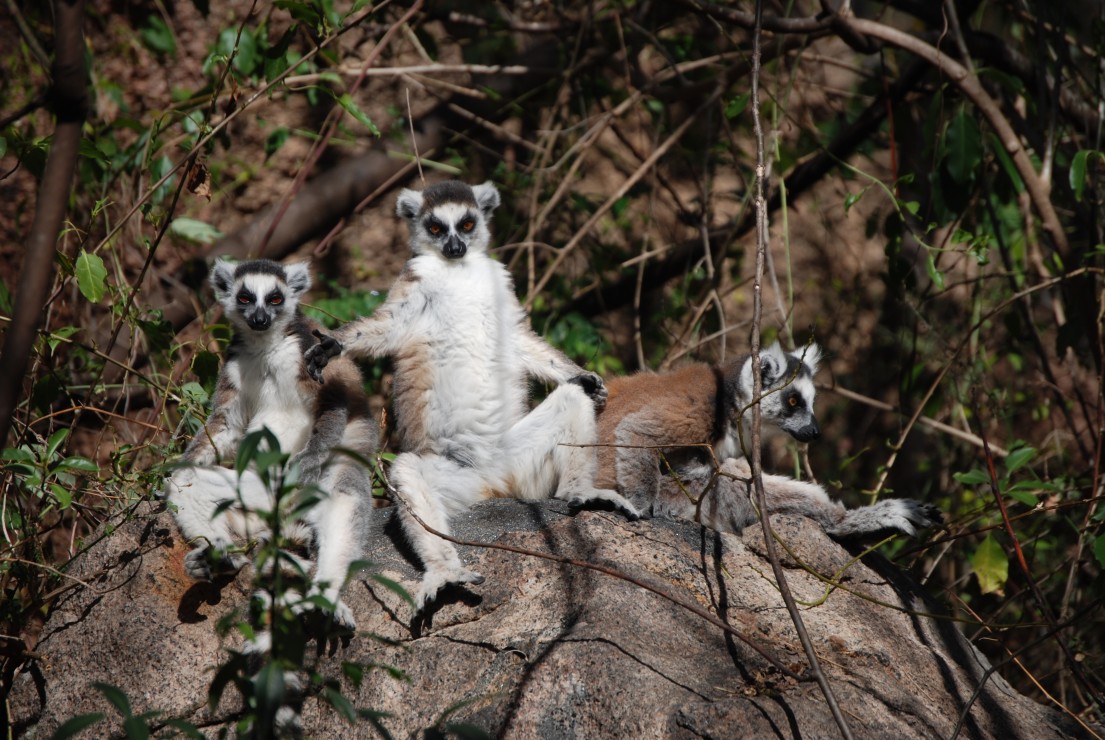 A week after completing her dissertation at UVic, Tara Clarke left for southwestern Madagascar to work in the Lemur Rescue Centre. Starting on March 23, Clarke will spend two months in the region, working with UVic alumna and Lemur Love founder and director Dr. Marni LaFleur.

Looking at three specific populations of ring-tailed lemurs, Clarke studied the effects of habitat fragmentation and isolation on the genetics of these populations.

“Surprisingly what I found was that as of right now, these populations maintain a moderate level of genetic diversity,” said Clarke. “That’s encouraging and hopeful, because right now things aren’t as bad as I expected, or where I predicted it would be.”

Clarke explained that due to human involvement, there are multiple stresses on the populations of these lemurs beyond deforestation: Other factors such as the illegal pet trade and the Madagascar bushmeat hunting market are also putting pressure on the populations. Since 2010, 28 000 lemurs have been affected by the illegal pet trade industry in Madagascar alone as lemurs are often sold for five dollars, according to Clarke. “It’s [a way bigger problem] than anybody thought,” she said.

Lemur Love, for which Clarke and Gould sit on the board of directors, started the first and only Lemur Rescue Centre in order to retrieve and rehabilitate ring-tailed lemurs captured into the illegal pet trade. Lemurs can be symbolically adopted for a $50 donation on the Lemur Love website.

While conservation and awareness efforts are being made by Clarke and Gould, the fight is still far from over. “Absolutely, there is a potential of extinction for ring-tailed lemurs,” said Gould. “I’ve been doing research in Madagascar since the mid 80s, so I’ve seen a lot and I am not that optimistic. There are a lot of problems and they seem to be getting worse.”

While Clarke agrees that the possibility of extinction is a very real one ,  she remains hopeful that the lemurs will defy the odds. “The research that I did provided me with even more hope because these animals are resilient. I feel very hopeful for these populations.”

To find more information, to donate, or to adopt a lemur, visit lemurlove.org